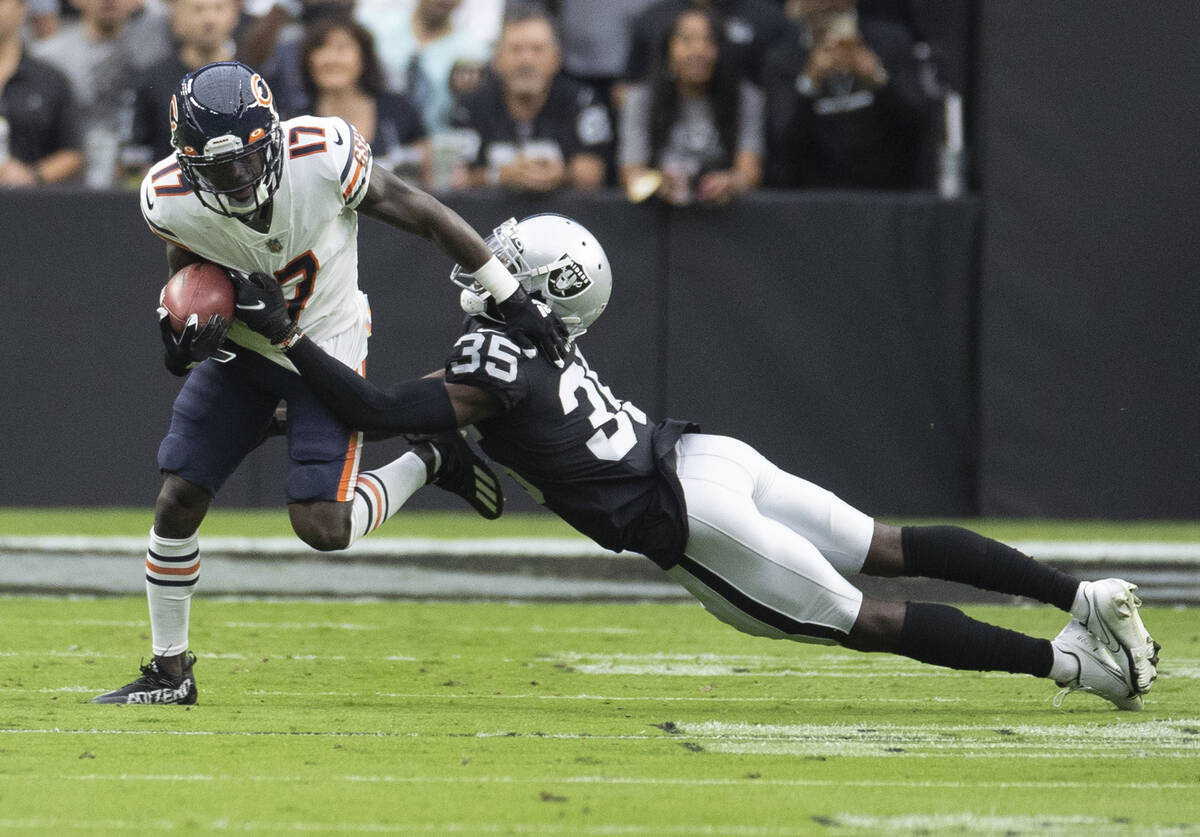 This past week has been stressful, to say the least, for the Raiders organization. After losing their first game of the season last Monday against the Chargers, the organization was met with an unfavorable story Friday morning.

A story came out that Raiders head coach Jon Gruden used a racist trope in a 2011 email when he was talking about the NFL Players Association executive director DeMaurice Smith. This issue has been at the forefront of not just the Raiders media, but also nationally since the story came out. After Sunday’s game, Gruden addressed the media regarding the situation.“I can’t tell you how sick I am,” Gruden said. “I apologize, again, to Dee Smith. I feel good about who I am and what I’ve done my entire life. I apologize for the insensitive remarks. I had no racial intentions with those remarks at all.”

On Sunday, the Raiders got off to yet another slow start. They found themselves trailing heading into halftime for the fourth time in five games. The Raiders went into the locker room with a 14-3 deficit after the Bears were able to get second-quarter touchdowns from tight end Jesper Horsted and running back Damien Williams.

After both teams went scoreless in the third quarter, the Raiders were able to find the end zone on a one-yard rush by running back Josh Jacobs. Jacobs finished the day with 48 rushing yards on 15 carries. He also pitched in four receptions for 19 yards.

Quarterback Derek Carr had 206 passing yards on 35 attempts. This was the first game of the season that Carr didn’t have any touchdowns.

Carr’s favorite target, tight end Darren Waller, has seen a regression since the start of the season. After being targeted nearly 20 times on opening night, Waller has only been targeted a total of 29 times over the last four games. On Sunday, Waller caught four of his eight targets for a season-low 45 yards, 29 of which came on his only catch of the first half.

The Raiders now find themselves a game behind the Los Angeles Chargers, who currently sit in first place in the division. The Raiders have two divisional matchups over the course of the next four weeks. These games are becoming more crucial every game that the Raiders lose.

The Raiders’ next game is on Sunday, Oct. 17, when they travel to Denver to take on the Broncos. Kickoff is scheduled for 1:25 p.m.