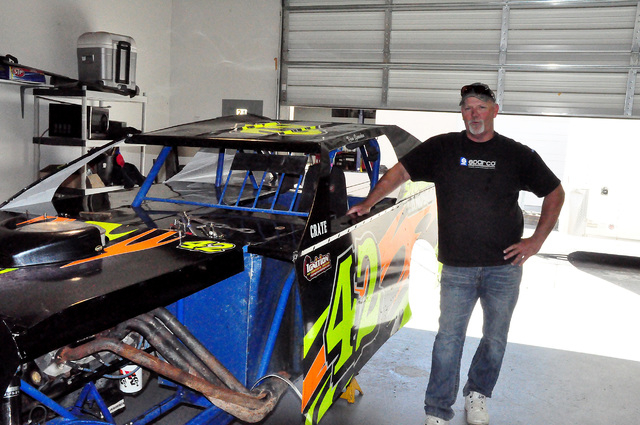 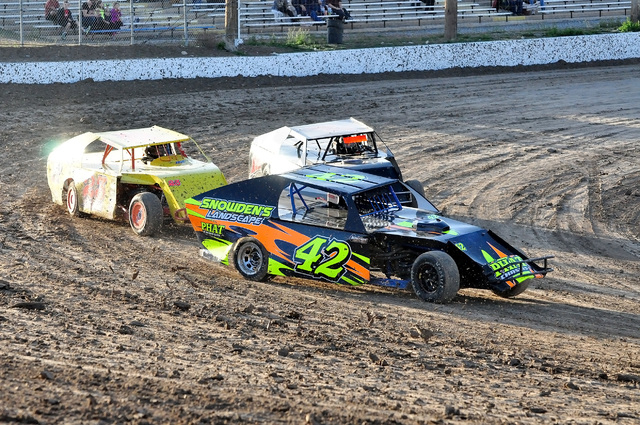 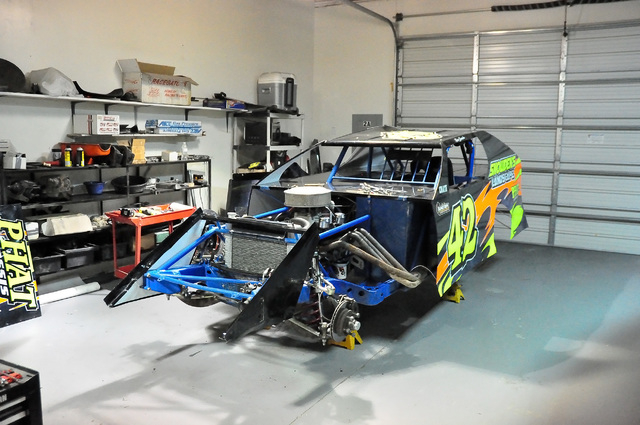 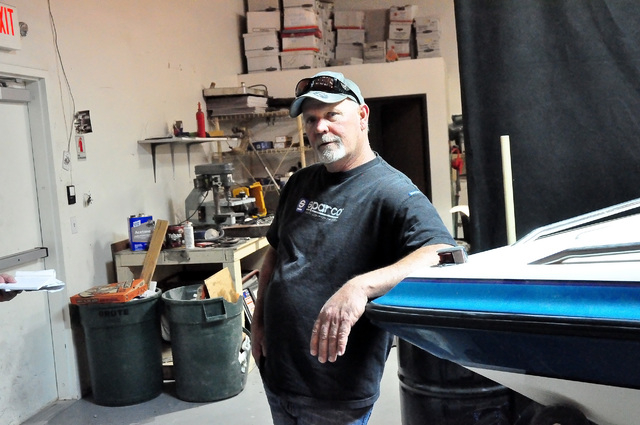 People know Dan Snowden from his work as a landscape contractor in town, but he has another side, his racing side.

“I started racing because I had gone to the track as a fan and I saw the cars and just wanted to get on that track,” Snowden said. “I waited 40 years to get on the track and now can’t get off. Racing is an addiction.”

Snowden said he started with a Street Stock car (a Camaro) and from there went to a Super Stock. He is now racing a Modified car and has been for the past two years.

He said racing is not just about racing people.

“You get excited when you are on the track and the racing is between you, the car and the track,” he said. “And it’s about finishing the race, not necessarily beating people.”

Snowden said the reason he has been successful at the track is because he makes sure he finishes.

“I never horse around and I try to be a good sport to other racers,” Snowden said. “I love the kids too and sometimes it’s just about making those kids happy when you give them the trophy. For me, racing is about relaxing and having fun.”

Snowden often gives kids his trophies because this is their first exposure to racing and he wants it to be a great experience for them.

He said the sport brings balance to his life.

“I enjoy the sport, have fun on the track and I like to kick back in the pits and talk about racing,” the racer said.

Two racers he has never beaten are Dan Fitzgerald and Jason Pike.

“I respect those two racers a lot and over the years they have taught me a lot about racing,” he said. “Those two racers have skill and constantly challenge me to be better.”

Snowden said when you are racing in large groups like the Sam Stringer Memorial race you have to have the mindset of finishing the race.

“You don’t want to take unnecessary chances because these cars cost money and are costly to rebuild,” Snowden said.

Most of the racers he said are like him and pay for everything out of their own pockets.

“It’s expensive to win and keep the car going, paying for pit passes and new tires,” the racer said. “Last year was not fun for me because I got banged up really bad and it was putting me in a place where things were not fun anymore. So I stopped racing toward the end of the season to cool off. I needed a break.”

Snowden is not pointing fingers at anyone. He said that’s not his style.

“I want to keep things positive,” he said. “I have no ill will against anyone and I don’t hold a grudge.”

When asked if the Modified drivers missed the International Motor Contest Association sanction, he replied, “I would have liked to see the track sanctioned but in the end I am still going to support my local track,” Snowden said. “I can go to other places to race for points. The bottom line is, I race here to support the local track and if I don’t, it will go away and then where do you race?”

For Snowden, racing has always been about relaxing, blowing off steam and having fun. It never was something he wanted to do professionally. He is content just racing around the Pahrump area.

Snowden will be out racing at the track this Saturday for the $350 Modified purse. Racing starts at 3 p.m. For ticket information go to pahrumpvalleyspeedway.com