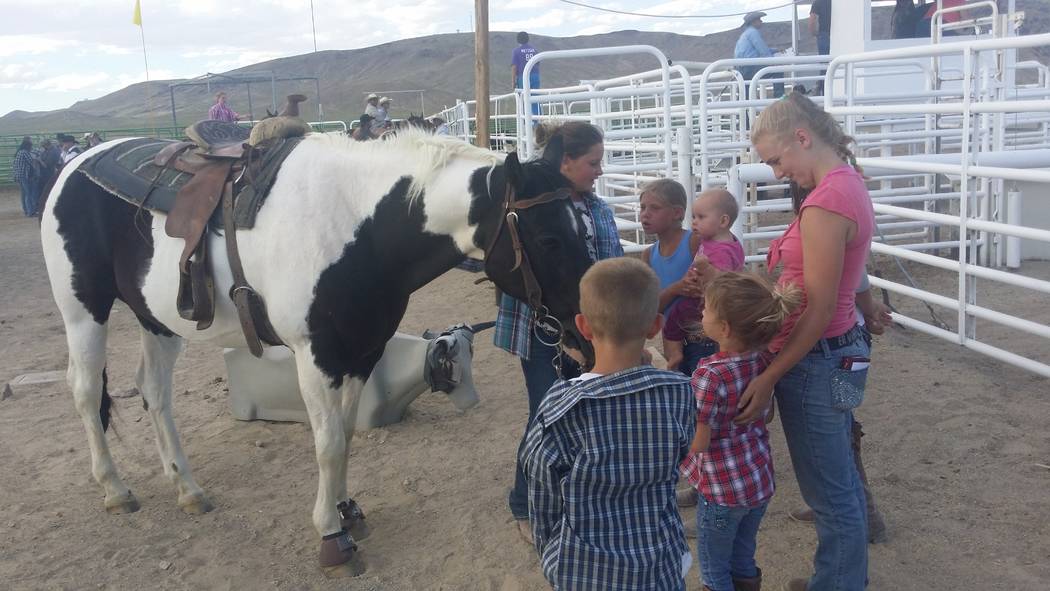 David Jacobs/Tonopah Times-Bonanza Children's events at the July 16, 2016 Smackdown Rodeo in Tonopah. This year's event will be at 6:30 p.m. Saturday, with the gates opening at 5 p.m. 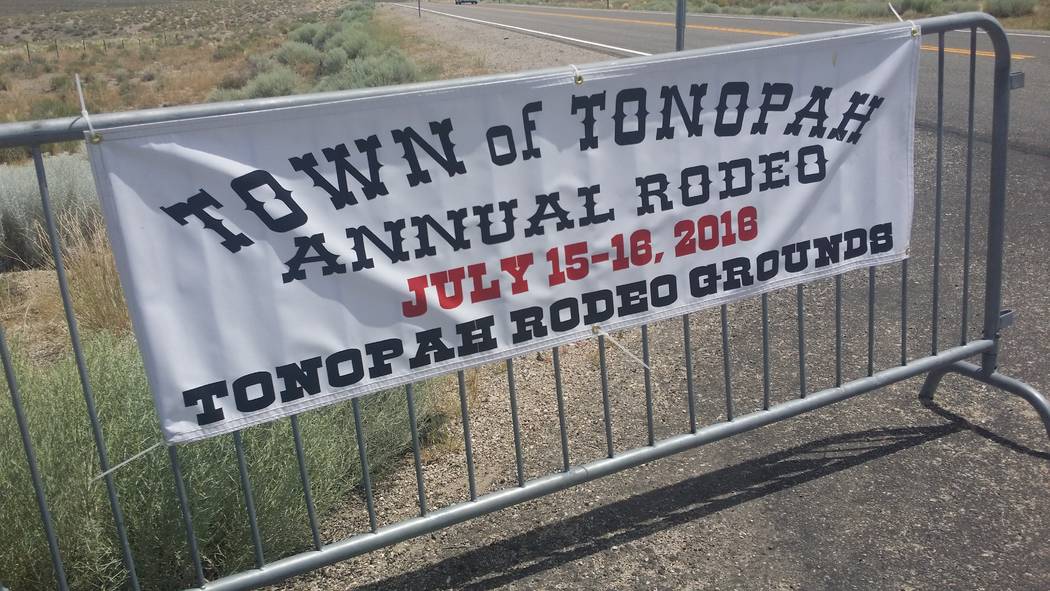 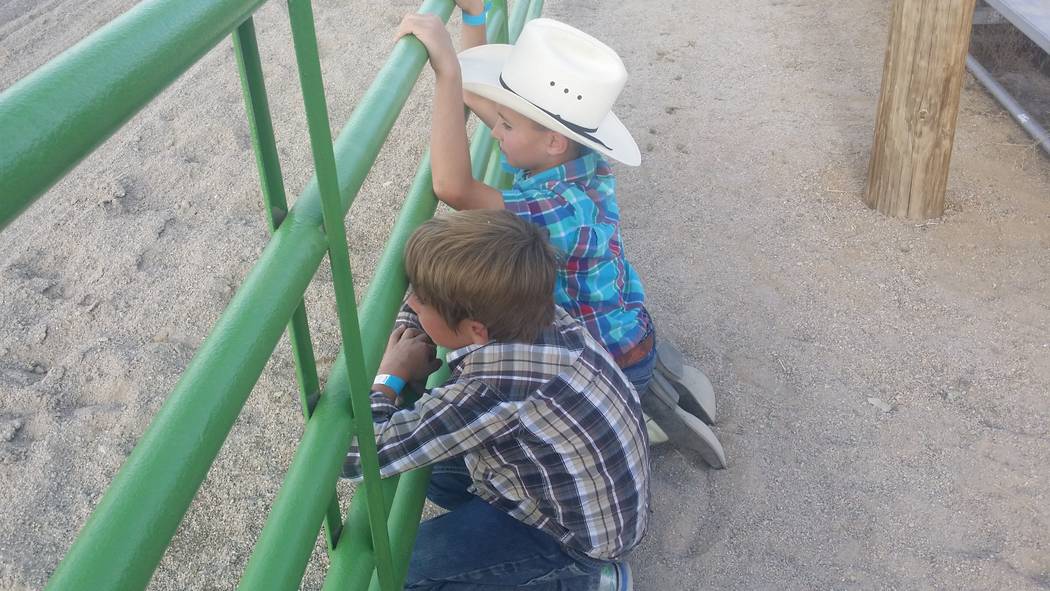 David Jacobs/Tonopah Times-Bonanza Kids look on at the 2016 Smackdown Rodeo event. Manuel Souza of Souza's Bucking Broncos feels getting kids involved is one of the most important parts of his rodeo, which returns to Tonopah on Saturday. 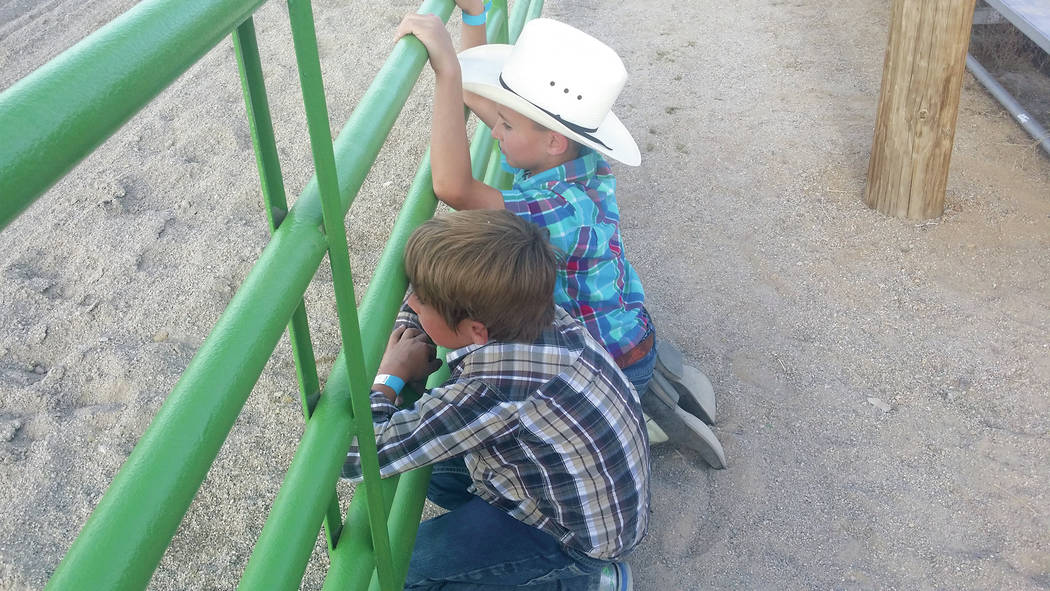 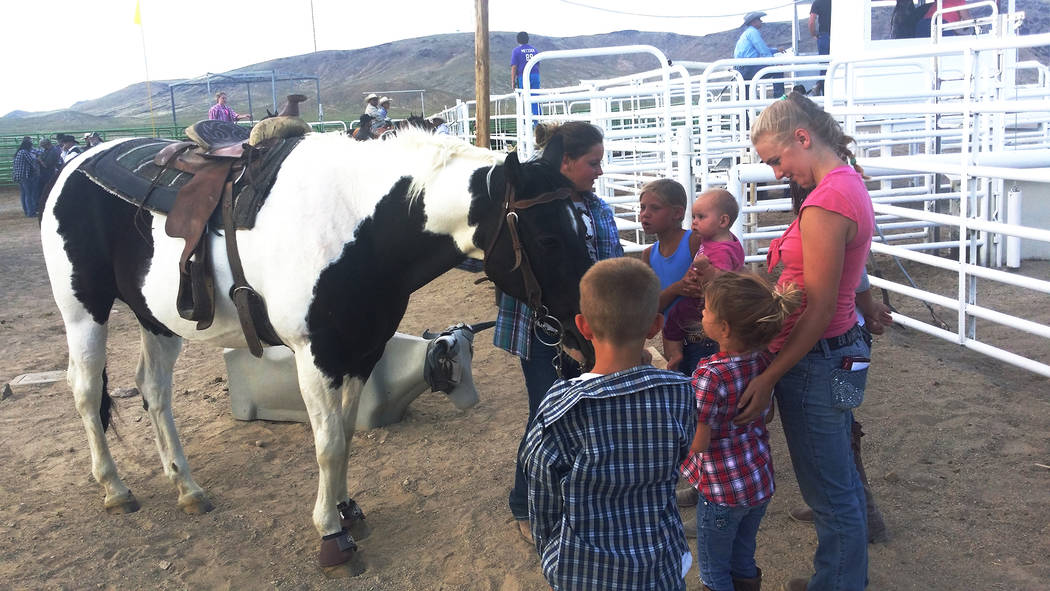 Special to the Times-Bonanza Contestants line up to take part in a Souza's Bucking Bulls rodeo Saturday in Alturas, California. Souza's next rodeo will be at 6:30 p.m. Saturday in Tonopah.

Ask Manuel Souza what is most important about the rodeos his Souza’s Bucking Broncos puts on, and he’s quick to answer.

“The biggest thing about our show is we bring in kids,” Souza said in advance of Saturday’s Town of Tonopah Rodeo. “Future bull riders and bronc riders of the rodeo world all start out as mutton busters. Today’s mutton buster you see might be a future rodeo star. That dream can start right here.”

Souza is enthusiastic about bringing his rodeo to Tonopah, saying this will be his fifth one in town. And he is emphatic about what makes his shows better than others around the state.

“They’re going to get to see real cowboys doing real cowboy things,” Souza said, noting that sometimes those things are not part of the show. “The other night we had a bull that jumped out of the back pen. We opened the gates and our cowboys roped him down and dragged him back in about three minutes. That was the highlight of the show.

“They were impressed by how fast and how professionally they reacted, like it was just part of the show.”

Souza has been in the business since 2003, and while he admits to seeing plenty of ups and downs over the years, he is enthusiastic about the support for rodeo in Tonopah.

“It’s been going well,” he said. “The guys did a local show there Memorial Day weekend and got ice and snow on them. It’s pretty good when you don’t do one for 25 years and you do one and now other people want to put on rodeos.”

But Souza understands why there was a long stretch without one.

“It gets more expensive to put on, and towns shrink and have financial issues and they don’t put up $30,000 to put on a rodeo,” he said. “We’ve got good support from the town of Tonopah and from local businesses, which really helps. I know the ones that I can count on, the ones that really want to see the show prosper.”

Support from the town of Tonopah came in the form of a $3,600 grant to promote the rodeo. Business support has come from sponsors, including the Mizpah Hotel and Casino, Tonopah Brewery, Central Nevada Hardware, Hometown Pizza, SolarReserve, Sundt Construction, Rebel Oil and A-Bar-L Western Store. Kids’ events are sponsored by Kinross Gold, Findlay’s, Round Mountain Gold and Napa of Round Mountain.

Souza’s Bucking Bulls is coming off of a busy holiday weekend, putting on shows Thursday in Lakeview, Oregon, on Friday in McArthur, California and Saturday in Alturas, California, which Souza said drew a standing-room-only crowd in one of three cities in which Souza’s is based. They also have a home base in Fallon.

While Souza said some of the stock for the rodeo already is in Tonopah, more animals are on the way. And he said last weekend’s shows proved the quality of bull he provides.

“We brought 55 bulls in three days, and they broke three,” he said proudly. “Three out of 55, and we had some great riders, too.”

Souza said that level of quality will be evident throughout the show.

The rodeo was so popular last year that it posed a problem around town.

“Last year we sold out every hotel room. People couldn’t get in,” he said. “They opened up a new hotel with 80 rooms, so come on up. Last year, the biggest complaint people had was they ran out of hotel rooms.”

Souza is such a fan of Nye County that he wanted to bring his rodeo to Pahrump, but his bid was not chosen.

“We wanted to do the Fall Festival so badly,” he said. “Pahrump hasn’t had a good rodeo in years.”

But Souza firmly believes Tonopah will have a “good rodeo” this weekend.

Tickets for the rodeo are $15 at the gate and $10 in advance, available at the Tonopah Brewing Company, A-Bar-L Western Store, Mizpah Hotel and the town office in Tonopah; at KIBS radio in Bishop, California; and at the Dinky Diner in Goldfield. The rodeo begins at 6:30 p.m. Saturday, with the gates open at 5 p.m.

After the rodeo, a street dance will be held at the Tonopah Brewing Company and the after party will be at the Mizpah.