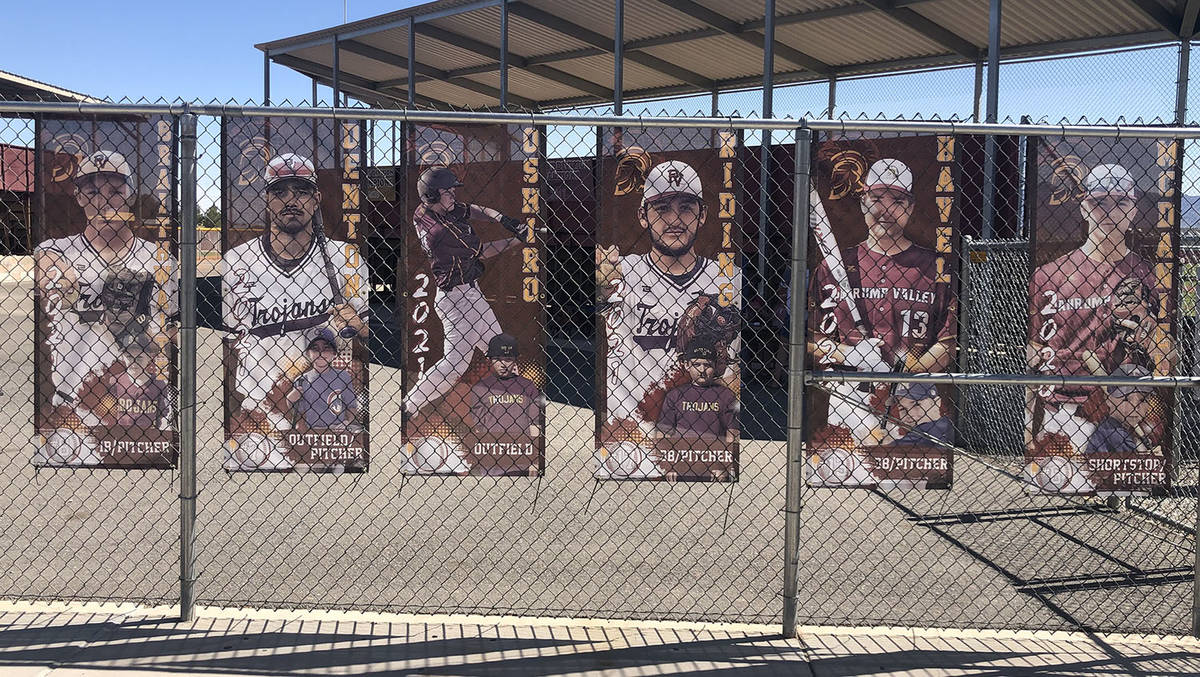 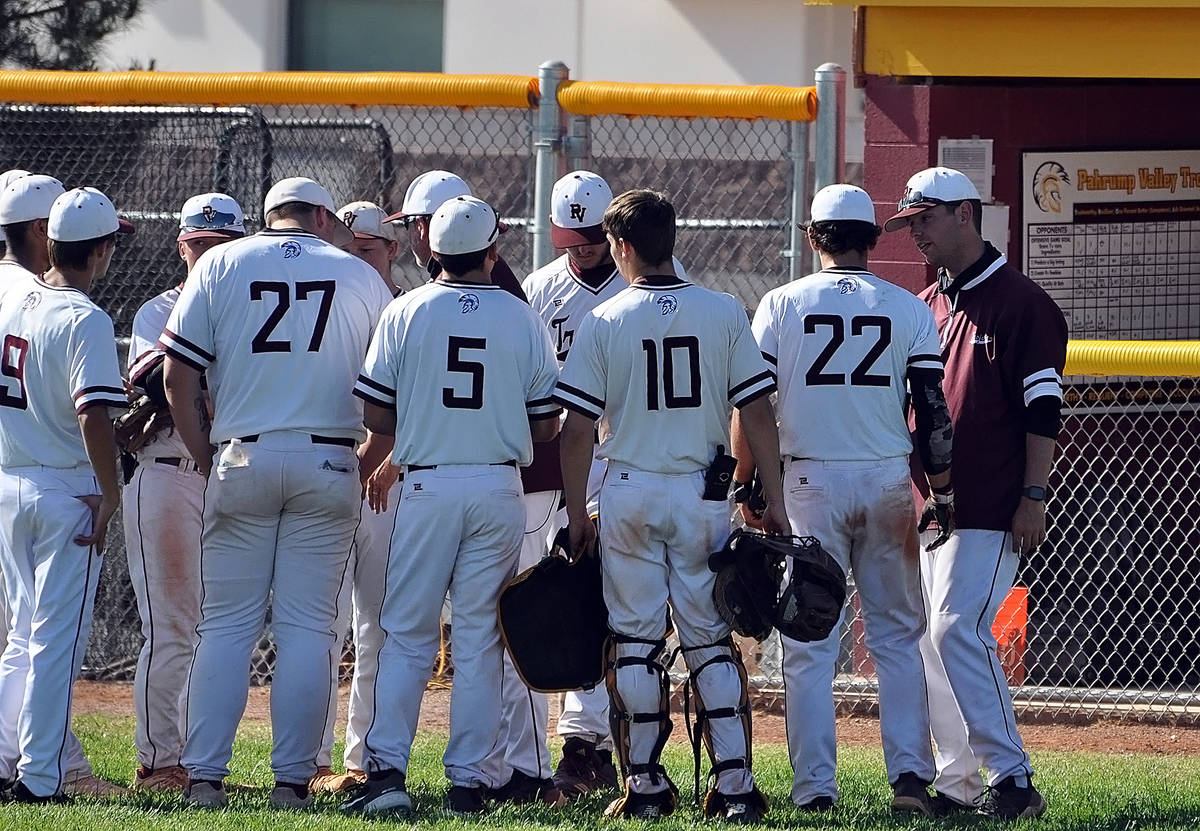 Horace Langford Jr./Pahrump Valley Times The Pahrump Valley High School baseball team has won five of its past six games, scoring at least 10 runs in each of the victories, as it heads into next week's Class 3A Southern Region Tournament

Kyle McDaniel drove in 5 runs and Scott Hirschi went 3 for 3 with 4 RBIs as the Trojans rolled to a 3-inning 15-0 win over SLAM Nevada.

Seniors Braithwaite, Denton, Jake Riding and Sterling Oshiro were honored with banners hanging on the fence outside the field, as were last year’s seniors, Cyle Havel and Chase McDaniel, who did not get a senior day because the season was canceled after a few games because of the pandemic.

“I’m excited to see what these boys are going to be after school,” coach Brian Hayes said. “We feel like we had a part in trying to raise them and teach them how to be young men and teach them some of our values that they can carry when they leave our program.”

Pahrump Valley 16, Valley 8: Denton went 3 for 4 with a triple, a home run and 6 RBIs on Tuesday in Las Vegas.

Junior Coby Tillery went 2 for 4 with 2 doubles and 3 RBIs, while senior Jake Riding had 3 hits and drove in 2 runs.

Four Pahrump Valley errors led to 6 unearned runs for the Vikings, who fell behind 12-3 after 3 innings.

The victories this week leave the Trojans as the likely No. 2 seed in the Class 3A Southern Region Tournament, which begins Monday. Boulder City was undefeated in region games with a Thursday home game against Valley remaining.

Pahrump Valley 15, SLAM Nevada 0: Makayla Cadwell singled, homered, walked and drove in 5 runs as the Trojans posted a 3-inning victory over the Bulls on Tuesday in Henderson.

Dee Dee Egan and Ava Charles each had 3 hits for the Trojans, while Egan recorded 3 RBIs. Ciara Stragand and Ally Rily shared the pitching duties, allowing 3 hits with 3 strikeouts and no walks.

Best in the Desert

The Rocky Mountain ATV/MC World Hare and Hound Championship Presented by GPR is a traditional hare and hound competition open to all motorcycle classes in Tonopah. For the May 21-23 event, Best In The Desert is going back to the origins of a “hare and hound” race and will have a rider dubbed as the “hare” starting before the rest of the competitors to set the pace for the race.

Racing legend and three-time AMA National Hare and Hound Champion Russell Pearson will be the “hare” this year. If a competitor catches Pearson before Pit 1 he will be awarded $1,000 on top of normal race winnings and $500 if he catches him before Pit 2. The event will be a 110-plus-mile point-to-point race.

This year’s hare and hound event, three years in the planning, will feature a youth minicycle race, men’s and women’s classes vying for podium spots and overall championship points.