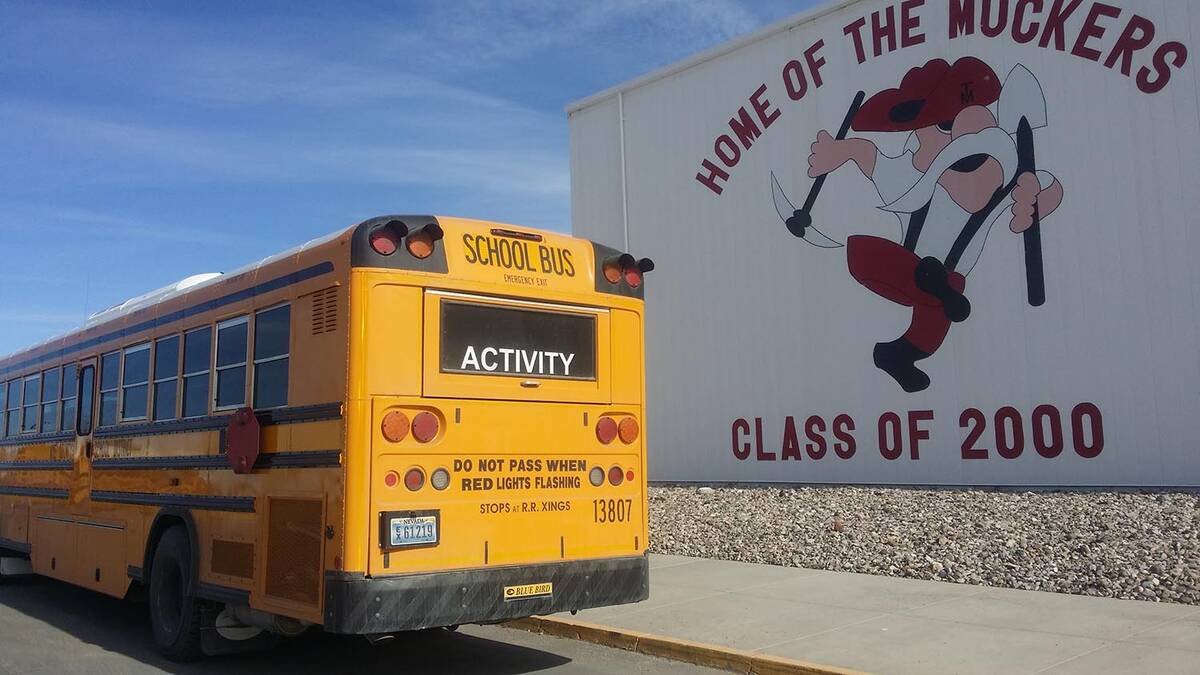 The Muckers of Tonopah entered the game with an undefeated record of 3-0. They are being led by their senior QB, Anthony Gromis. He entered the game averaging over 190 total yards of offense per game and has accounted for a combined 15 touchdowns through the air and on the ground this season.

Virginia City received the opening kickoff in the game. After driving down the field and having a touchdown pass taken off the board due to a penalty, they were able to get the ball across the goal line on a four-yard rush by their running back, Isaac Hipolito.

Tonopah forced a Virginia City fumble on their next drive and returned it for a one-yard touchdown to tie the game. Both teams would exchange turnovers on their next drives. Tonopah’s turnover was Gromis’ first interception thrown of the season.

Gromis redeemed himself by opening up the second quarter with a big drive to take the lead. After forcing a Virginia City punt, the Muckers of Tonopah were able to take their only lead of the game when Gromis was able to complete a 54-yard touchdown pass to his junior running back, Tony Blesdal.

“Our kids played hard and had lots of good moments,” said Duffy Otteson, head football coach for Tonopah High School. “But ultimately, we had too many penalties and mental errors. That all reflects on me as a coach. I have to get those things cleaned up.”

Following Tonopah’s touchdown, Virginia City went on to score two straight touchdowns and take a 24-14 lead. One of the scores was a 45-yard interception returned for a touchdown by VCHS’s defensive back, Tyler Thompson. Thompson, a 6’2” senior, added a 35-yard receiving touchdown to give him a total of two TDs for the game.

The two stars for Tonopah both came on the offensive side of the ball. Gromis finished with his second game of the season with over 400 total yards on offense. He had 305 passing yards to go along with his three touchdown passes. Gromis also accounted for 164 rushing yards on 24 carries.

Blesdal was the other human highlight reel for the THS offense. He finished with four catches for 185 yards and three touchdowns. All of his touchdown catches were longer than 55 yards, with two of his touchdowns being over 60 yards.

“We will be back and ready to go again this weekend against a good football team, Eureka. We need to stick to the fundamentals and play hard,” Otteson said.

Tonopah’s next game will be on Friday, Sept. 24, when they host the Eureka Vandals. Kickoff is scheduled for 7 p.m.