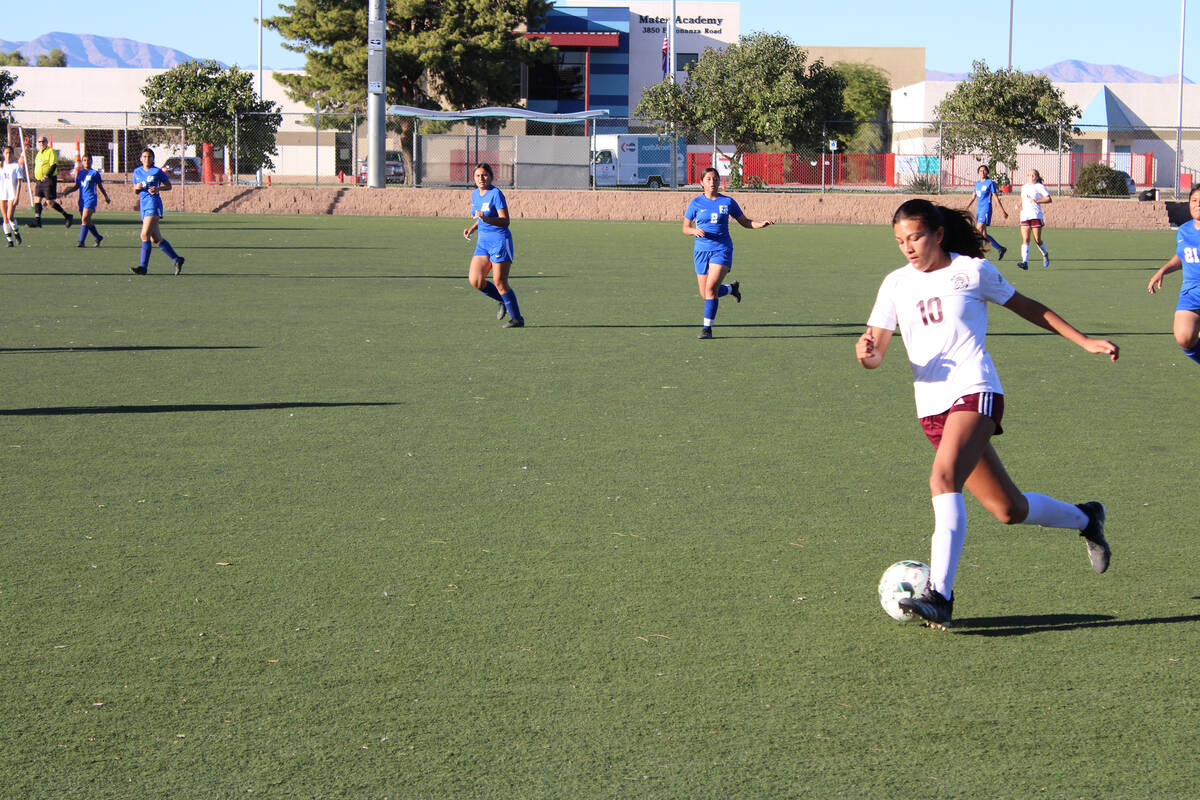 Danny Smyth/Special to the Pahrump Valley Times The Trojans only have four more games remaining on their regular season schedule that wraps up on Oct. 28. 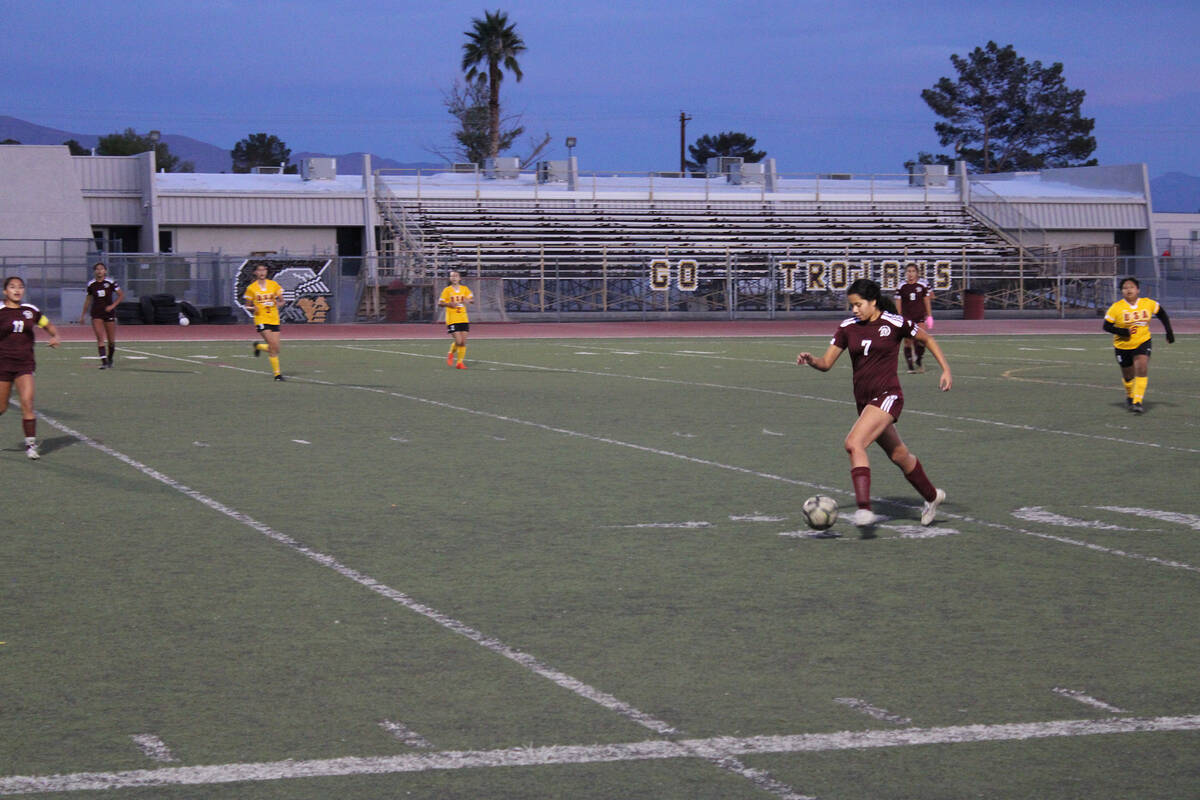 Danny Smyth/Pahrump Valley Times The Trojans next game is on Friday, Oct. 22, when they host the Bulls of SLAM Nevada.

The Pahrump Valley Trojans girls soccer team notched another win on their belt with an 8-0 defeat of the Del Sol Dragons on Wednesday.

The Trojans are somehow making the wins look easier as the season goes on. This is now their fourth shutout in a row after having only four total shutouts in their first eight games. Goalkeeper Avery Moore is now tied with Savanna Burt of Moapa Valley for most shutouts in Nevada with eight on the season.

The game started and ended with a little bit of sloppy play for different reasons. In the beginning, it was due to switching out players at different positions and players having to get used to spots they aren’t normally in. Toward the end of the game, head coach Julie Carrington believed the sloppiness was attributed to the team’s comfort level being too high.

The Trojans were able to shed the sloppy play in the midfield and take over the game midway through the first half once they were able to get on the scoreboard.

After a misplay by a Del Sol defender, star forward Adryanna Avena was able to put a shot into the corner past the Dragons’ goalkeeper. Avena finished with one goal and one assist for the game. Her assist came just one minute after her goal, when she found fellow forward Courtney Van House for her first of three goals in the game.

The defense was led in the game by center back Paris Coleman, who also pitched in on the offensive end with a goal coming from a corner kick in the 22nd minute of the game. Coleman, along with the rest of the defensive line for the Trojans, made many plays throughout the first half that kept the Dragons from being able to get shots at the goal.

When asked about Coleman’s play, Carrington wasn’t shy with her praise.

“My two center backs are pretty strong,” Carrington said. “She’s definitely one of the top. She also has the ability to go up. She could play probably any position. You could put her anywhere on the field.”

The Trojans went into the half 5-0 after they were awarded a penalty kick due to a handball inside the penalty area. Senior midfielder Kiara Ramos took the penalty kick and drilled the ball into the back of the net.

Sophomores Kailani Martinez and Grace Miller got involved in the scoring as well. Martinez was able to put a shot in the back of the net during the first half, while Miller scored her goal early in the second half.

Van House added her last two goals in the final ten minutes of the game to complete her hat trick. This was her second of the season, giving her a total of 11 goals on the season.

The Trojans’ next game is on Friday, Oct. 22, when they host the Bulls of SLAM Nevada. Last time these teams played, Pahrump Valley came away with a 5-1 victory. Kickoff is scheduled for 5 p.m.