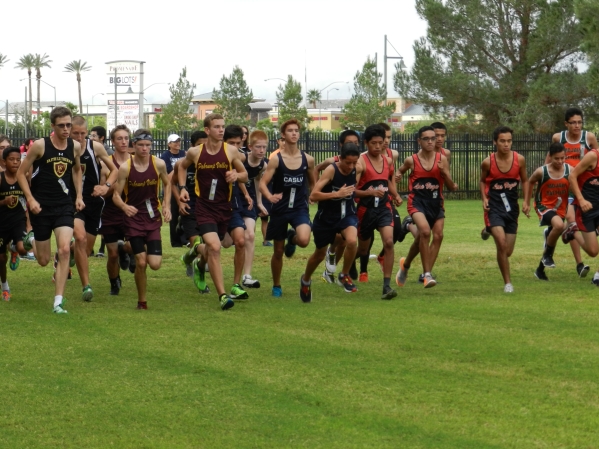 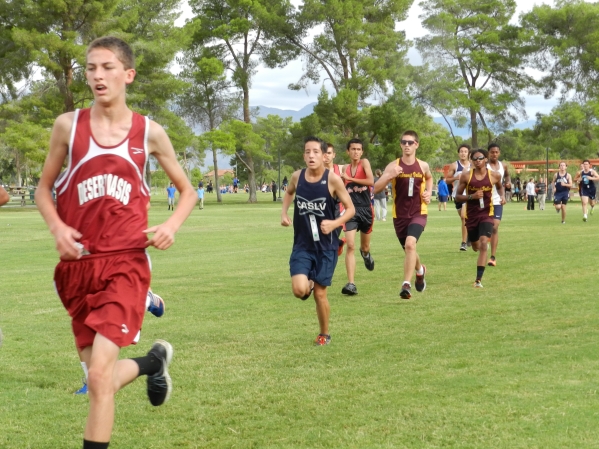 Bryce Odegard once again led his team with a second-place showing (16 minutes and 26 seconds), which was his best time in a meet this year. The time was also noteworthy because he earned the “Elite Athlete Award”, which is given to runners who run under 16:30.

Trojans coach Matt Kolodzieczyk was surprised by the award but not by Odegard’s performance.

“I really didn’t think that Odegard would earn this award so soon in his career,” the coach said. “I thought he would do this in his junior or senior year, but he has really worked hard this year.”

Kolodzieczyk now has to get his team past SECTA at the regional meet if his boys are to go to state. They were the divisional champions of the Sunrise League. In open competition, SECTA finishes behind Faith Lutheran and Clark and has lost to Pahrump Valley before.

“I compared our times to their times,” Kolodzieczyk said. “And when I did it, we still finished behind them. I am hoping since the regionals on Oct. 30 will be a fast field, that it will pull our runners up.”

Odegard’s time put him as the third best cross-country runner in the state.

He was also surprised with the award.

“I remember seeing an athlete win this last year,” he said. “So it was a goal of mine but has been in the back of my mind. I thought about it more after our meet at Foothill.”

For the boys to make state they have to finish in the top three places at the regional meet on Oct. 30 at Veterans Park in Boulder City at 7 a.m.