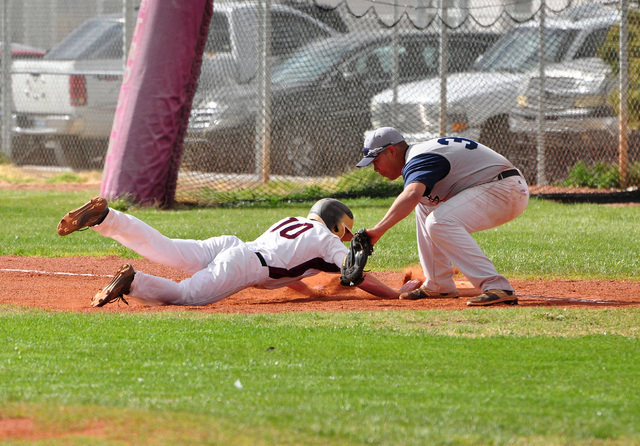 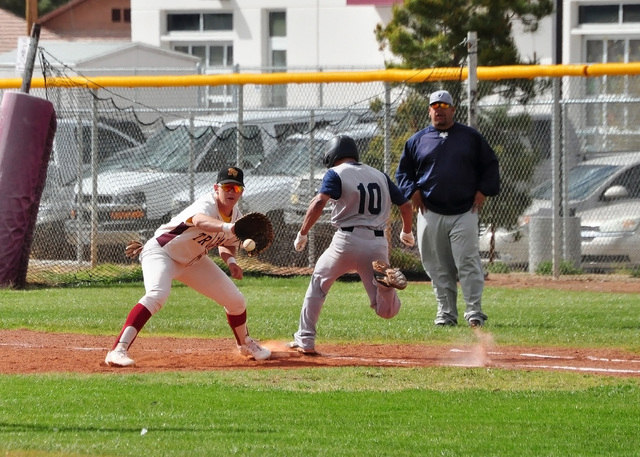 Pahrump Valley baseball seems to be in an offensive funk.

The Trojans dropped two league games this week to Spring Valley at home on Tuesday, 7-1, and then at Sierra Vista, 1-0, on Wednesday.

Trojans coach Brian Hayes said his team “is in a rut offensively.”

“We played good games defensively and Kyle Kral (Spring Valley) and Garrett Lucas (Spring Valley) both pitched well enough for us to win,” Hayes said. “We just can’t put any runs on the board. We have been getting guys on base but just can’t seem to have a timely hit. We need some production from the middle of our order. Hopefully, someone will step up for us next week when we face Cheyenne and Mojave.”

The Trojans were hitting .308 as a team prior to Spring Valley (9-3 overall, 3-0 Sunset League) and Sierra Vista (5-10, 3-1) and now are hitting .290. Interesting enough, outfielder Aaron Fuentes was struggling when the team was hitting well. So much so, that his coach was thinking of pulling him and now he has 3 hits in the last two games and has scored 10 runs for the team.

“I have been working hard on my hitting,” Fuentes said. “When the coach told me they might not let me hit, that made me even work harder. I have been getting pieces of the ball and when I do hit it to someone lately, I hit it hard.”

He said the last two games the team has seen tough pitching.

“The guy was fast yesterday and that can be frustrating,” he said. “It’s a mental thing too, he was so fast the guys were guessing on some pitches. I even found myself looking fastball and getting his cutter.”

Despite the 1-3 conference record, Fuentes said his teammates are not stressing.

“I know we can turn things around,” he said. “We are scraping things together. We work well together and we react well together.”

For the Spring Valley game on Tuesday, Kral was the losing pitcher and pitched 6.1 innings.

The Trojans had two hits from Drew Walker, including one double. Willie Lucas also had two hits and Aaron Fuentes had one hit.