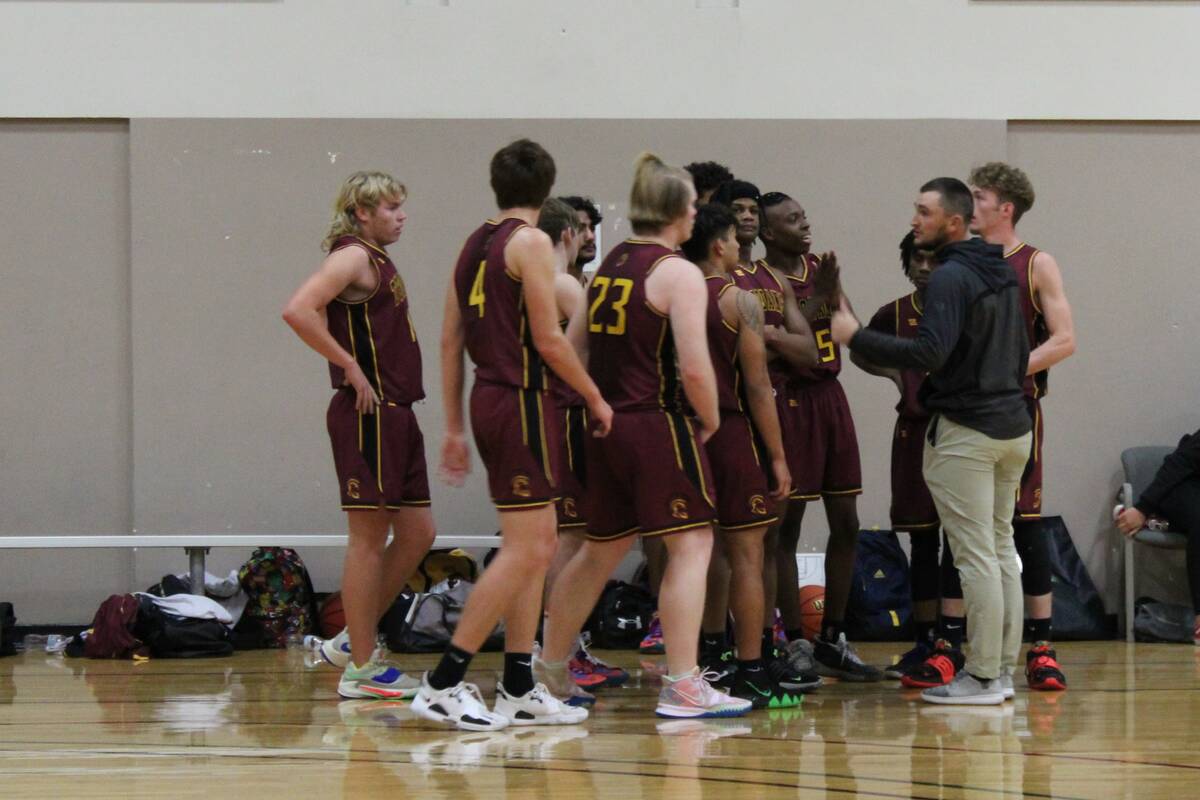 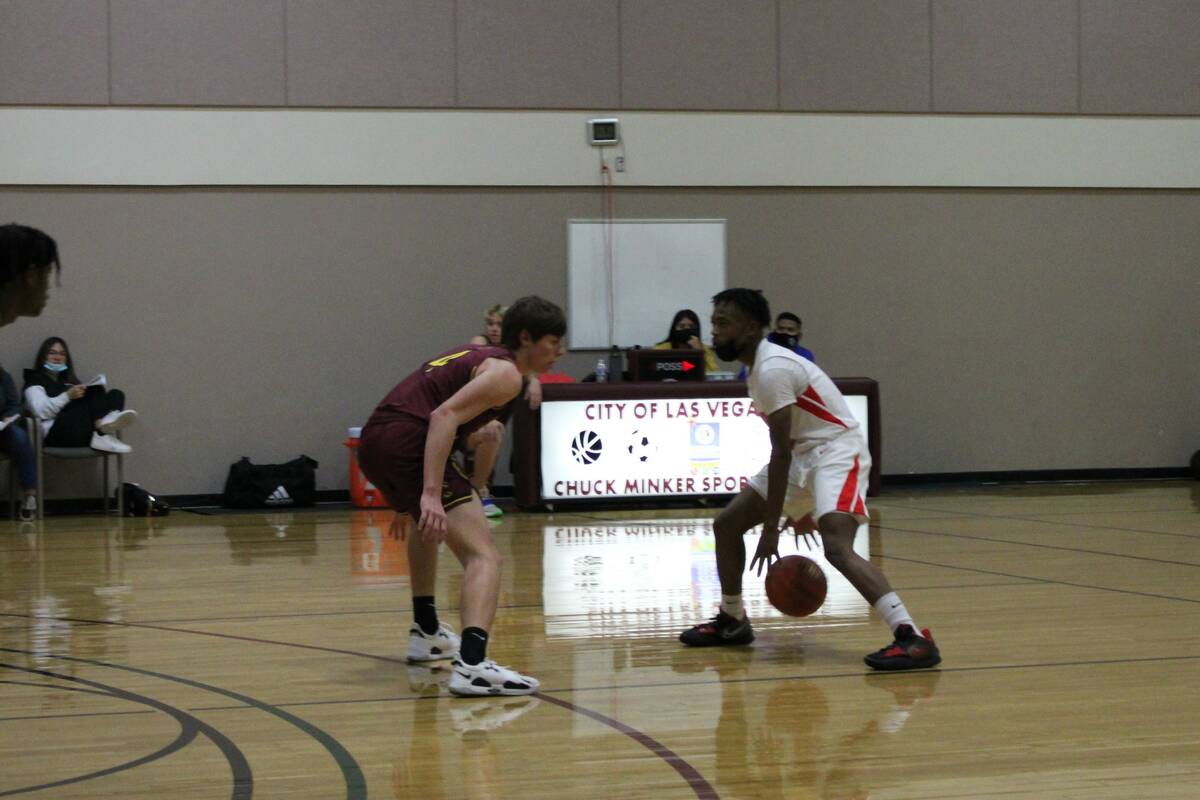 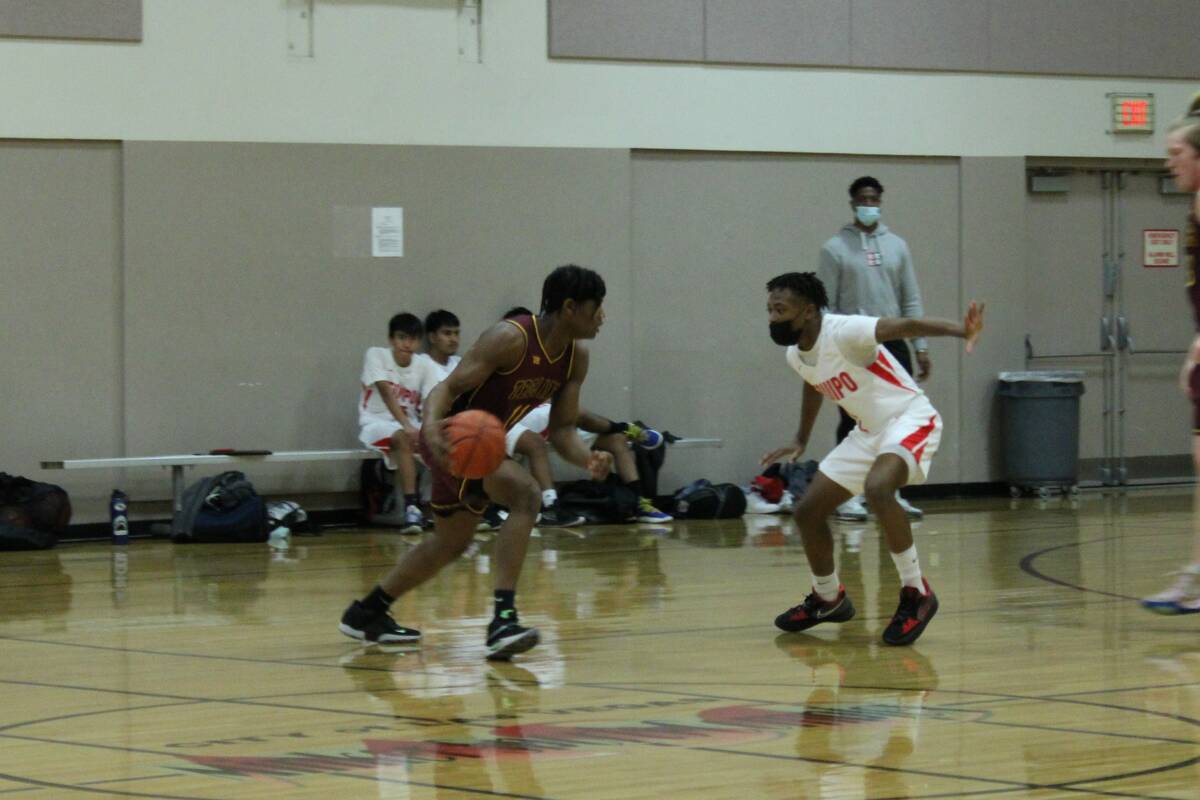 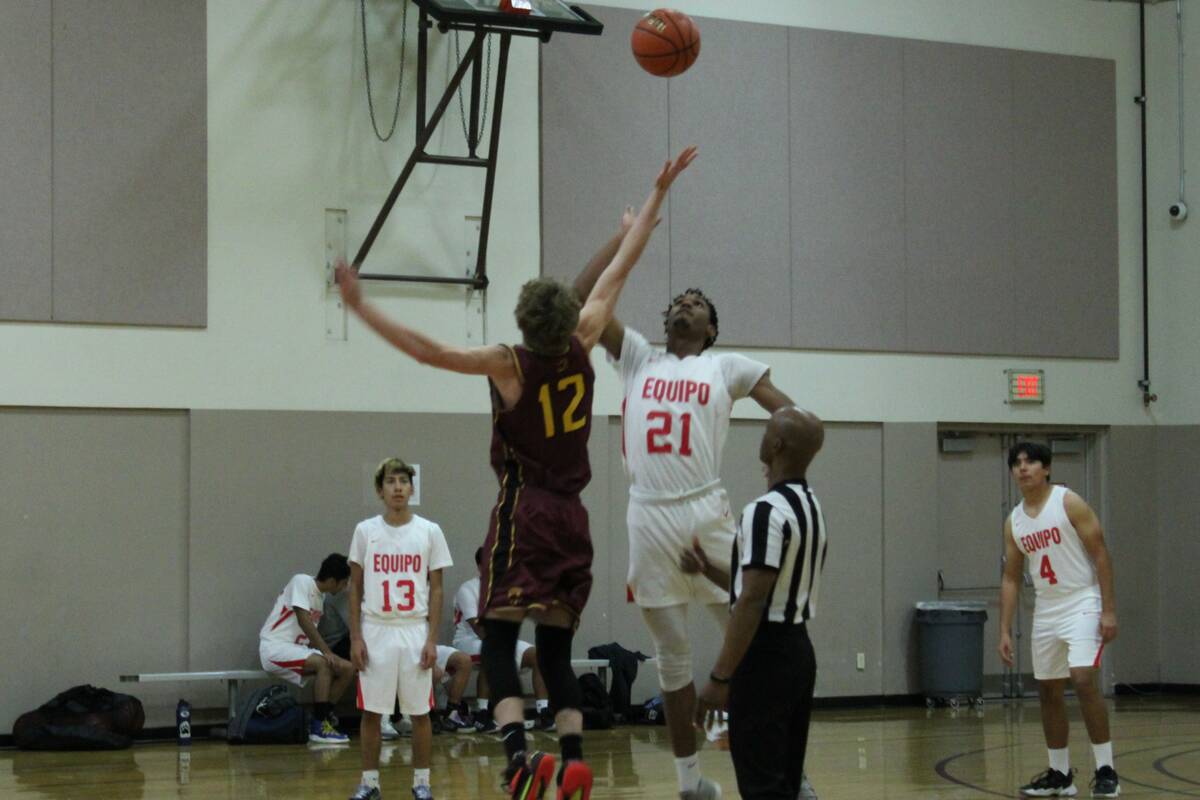 Danny Smyth/Pahrump Valley Times. Pahrump Valley forward Syblue Glisson (12) going for the jump ball at the start of their game on Monday, Dec. 13.

The Pahrump Valley boys basketball team got their second win of the season by a score of 70-31 over Equipo Academy on Monday night.

This win was due to a combination of smothering defense and fast-break scoring.

Head coach David Wilson had his team playing pressure defense as soon as the opposition reached half court. The double-teams and the quick hands of his defense led to the Yeti guards turning the ball over countless times, leading to many fast-break opportunities and fast-break points.

I lost count of how many points the Trojans were able to score after causing a turnover on the defensive end. At one point in the first half, Equipo Academy had three consecutive possessions where the Trojans’ defense caused a turnover before the ball even reached the 3-point line.

Wilson had a lot of good things to say about how his defense performed against Equipo on Monday.

“They’re a hardworking group of guys,” Wilson said. “They really play well together as a team on defense and they play off each other really well.”

Junior forward Aiden McClard and senior guard Robert Simms led the team in scoring against the Yeti. McClard finished with a game-high 13 points, while Simms finished with 12 points for the game.

Syblue Glisson led both teams in the rebounding department. He finished with a game-high 13 rebounds for the Trojans.

The Trojans’ next game is on Wednesday, Dec. 15, when they travel to Cristo Rey St. Viator to take on the Royals. Tipoff for that game is scheduled for 5 p.m.