By Jazmyne Turner and Zarah Whittle Special to the Pahrump Valley Times
October 12, 2017 - 6:21 am 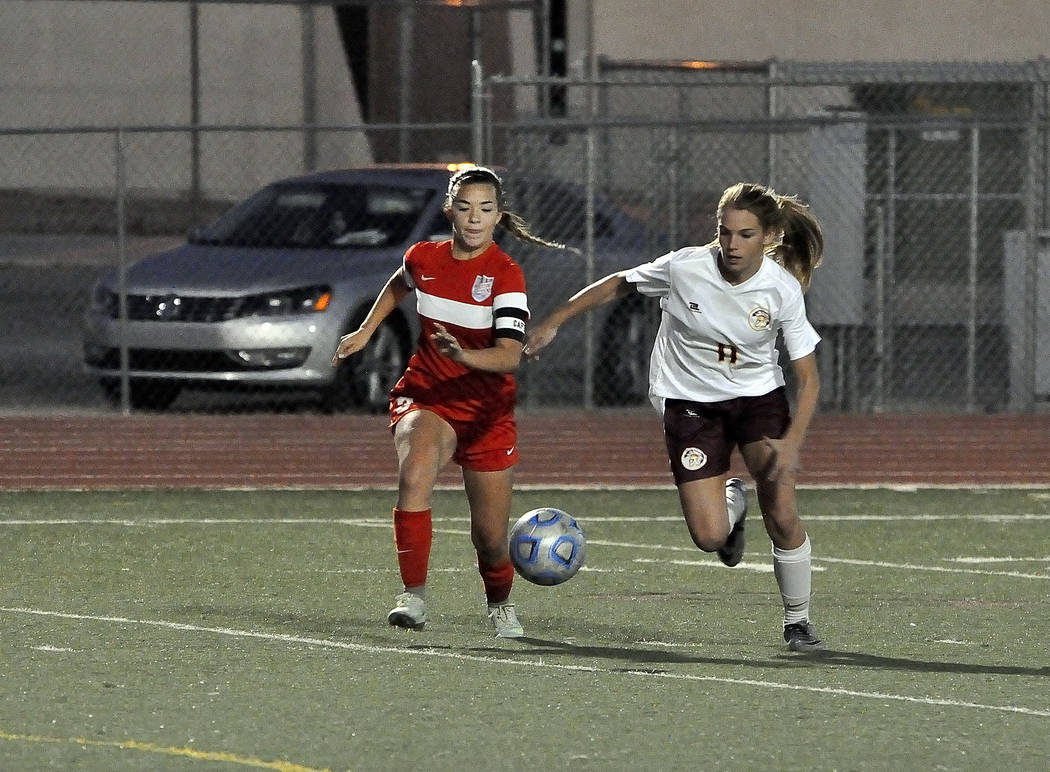 Horace Langford Jr./Pahrump Valley Times Madelyn Souza attacks the ball during the Western game on Monday night. It was a highly defensive game on both sides until the second half. 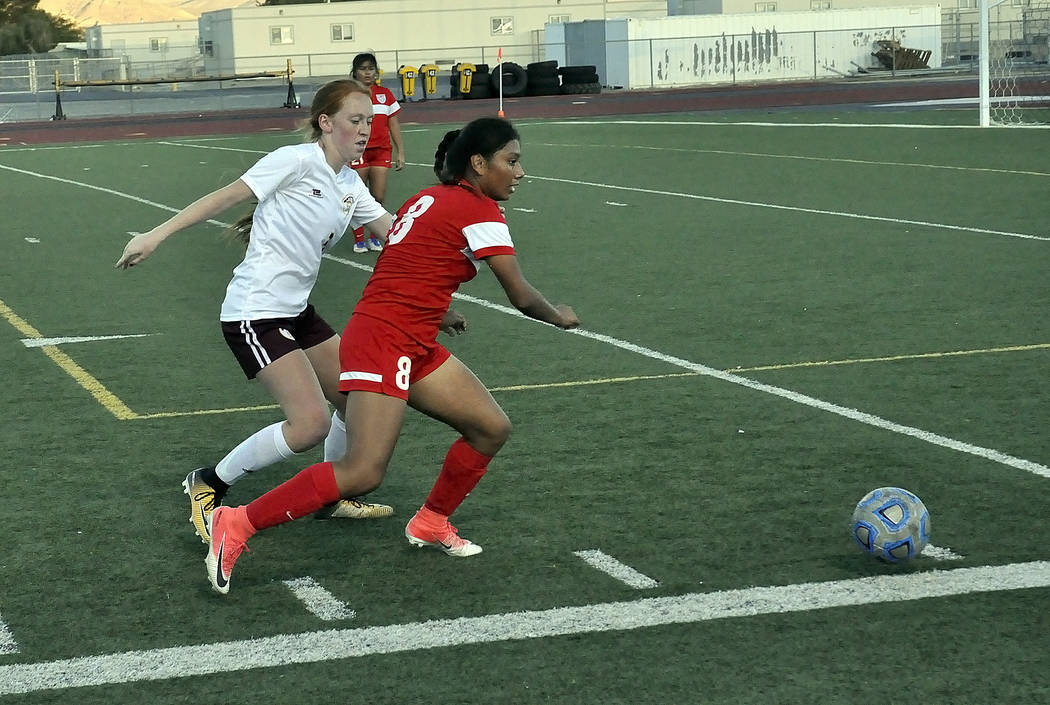 Horace Langford Jr./Pahrump Valley Times At PVHS girls soccer vs. Western, Kaitlyn Carrington pursues the ball against Western. Carrington got an assist in the second half during a corner kick she made. 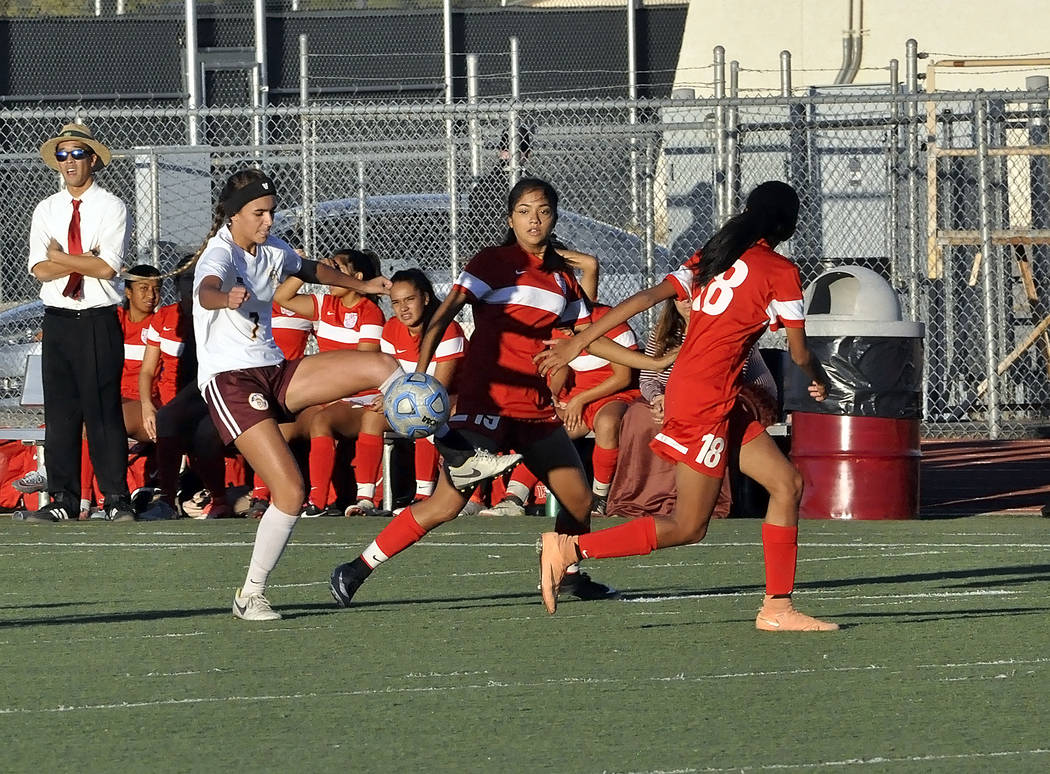 Vaniah Vitto moves the ball away from Western pursuers on Monday night. The Trojans beat Western 2-0.

The Pahrump Valley High School girls soccer team remains undefeated in league play as they beat the Western Warriors at a home game on Monday 2-0.

The Trojans had tied Western earlier in the year 1-1, and at the half, the game was tied 0-0 and looked like it was going to be another tough game.

“I think its probably one of the best games we played this year,” Dennis said. “We came out with a lot of good energy and everyone was ready to play and focused.”

The scorers for Pahrump were Kathleen Niles, with a header into goal from a corner kick by Kaitlyn Carrington, and Sydney Dennis, from a free kick. Both goals came late in the game.

Carrington said Western was able to get the ball into scoring position but the Trojans defense was tough.

“When Western was able to get the ball past our midfield section, our defensive line stopped them, or our senior keeper, Alyvia Briscoe, did with five saves. Alyvia has 10.5 shutouts this season.”

The Trojans (12-2-2 overall, 6-0-1 Sunset League) have three remaining league games; two of those are home games.

Pahrump has beaten all three of those teams.