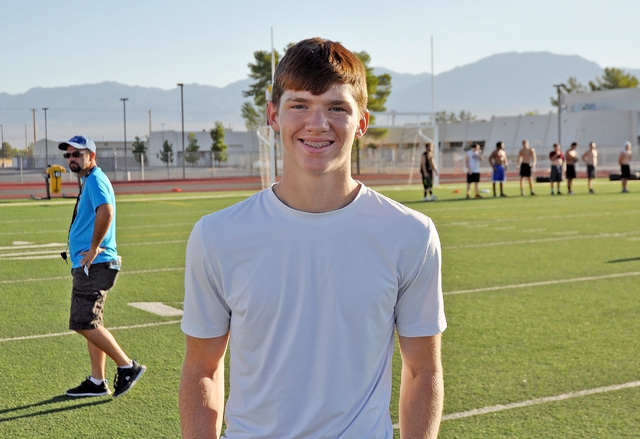 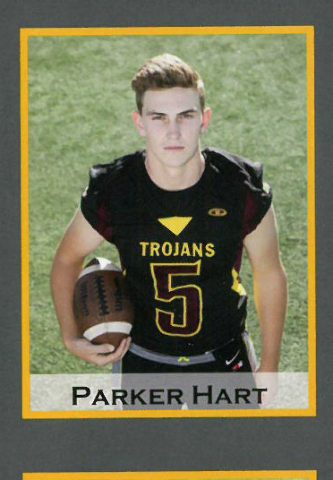 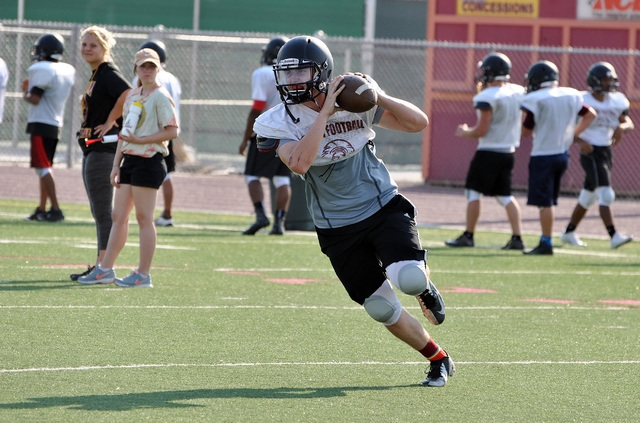 The graduation of TJ Milk last year leaves a big void at the Pahrump Valley quarterback position this summer. Milk held the position for three seasons.

Clayton is keeping his feelings on who he thinks will win the QB position close to his vest, but the rumor on the field is that Hart should win. Despite the rumors, the coach has always believed that a good competition makes for a better QB, so dont count Coffman out yet.

And if you are thinking Clayton will go with the senior, dont be surprised if he doesnt. With Clayton, seniors dont always win this competition.

Senior Parker Hart has played three sports in Pahrump and is used to the intense competition for starting roles in all the sports he played (football, basketball and baseball). So a little competition for QB this football season doesnt really bother him.

In fact the new offense, the jet sweep, is still familiar to him and he feels he is ready to be the new QB.

I ran this offense as QB when I was on the junior varsity team so things are still familiar to me, Parker said. My arm strength has also improved. We got the personnel for this offense and it gives us an extra step on the defense.

I can take a hit, the senior said. I played tight end last year and I am used to taking hits. I also have played this game since Pop Warner.

Hart said in the offseason that he put on some extra weight and bulked up and he feels hes ready to be QB.

The junior has been playing football since he was seven and has played wide receiver and safety.

Coffman says his best asset is his quickness.

I think I have good speed in the pocket, Coffman said. I have a decent arm, but I just need to improve on my accuracy.

He said he competition between he and Hart is going well.

I feel a little pressure, but then as I play, that all goes away, he said.

Like Hart, Coffman is familiar with the jet sweep and he feels comfortable with it, but Adam Gent changed the offense to a spread offense, last season and so the QBs were passing more and in the shotgun a lot.

The only thing that has been hard getting used to is being under center this year, Coffman said. Its just a weird feeling not being in the shotgun.