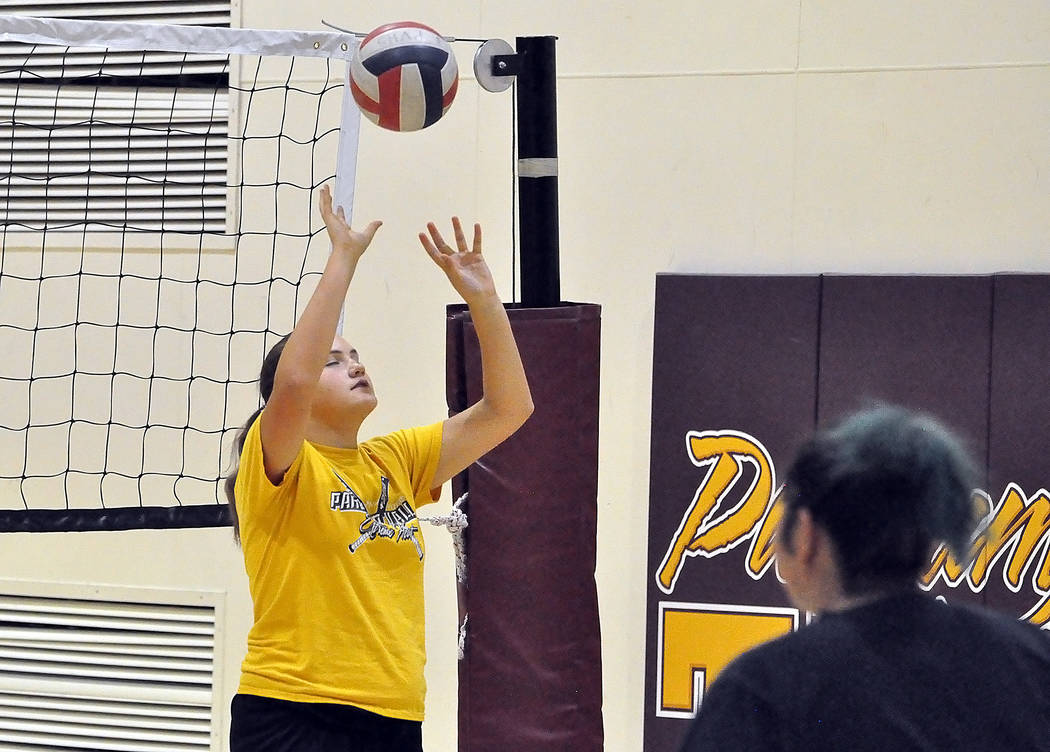 Kate Daffer, a freshman volleyball player, practices in the gym on Monday. Daffer is regarded by Jill Harris as a player with “a lot of potential early.” 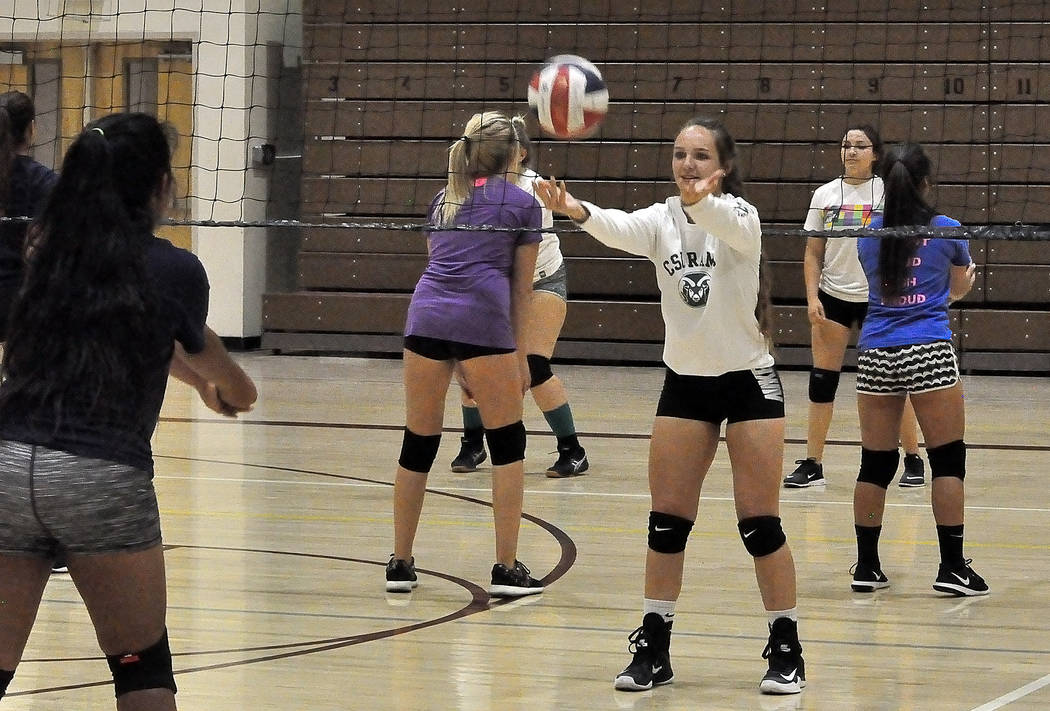 Horace Langford Jr./Pahrump Valley Times Jackie Stobbe seen at volleyball practice on Monday afternoon. She was a setter last year and will be vital to the Trojans team this year. Stobbe is a junior three-sport athlete that plays volleyball, basketball and softball.

Trojans volleyball is rebuilding this year after graduating five seniors.

Some of those seniors, like Jill Smith, had taken the Trojans to four playoff appearances in a row from 2013 to 2016.

“This year’s team will be rebuilding, but I feel they will still be very competitive in our league,” Pahrump Valley High School volleyball coach Jill Harris said. “Jackie Stobbe is a returning setter from last year. It will be nice to have experience and leadership in that crucial position on the floor. Maddie Hansen is also a returning libero, so we will be looking to her to lead the defense.”

Stobbe is a junior three-sport athlete who plays volleyball, basketball and softball.

Ed Kirkwood, a former Trojans volleyball coach with more than 40 years of coaching high school and college sports, said a good setter is like a good quarterback.

“Your setter is the QB on the court,” Kirkwood said. “They dictate where the ball is going on every play. Cross court, middle or back set. They call the play while they await the serve. In respect to having a player returning, you want that person to be a setter, then a libero, then a hitter. You can always develop a hitter. But a setter and a defensive specialist (libero) take a year or better to develop.”

At those two key positions the Trojans are looking good.

Of course there are some great athletes coming into the program too.

“We do have some new young players who are showing a lot of potential early, namely freshmen Kate Daffer and Nickelette Velazquez,” the coach said.

The Trojans finished the year as league champions last year with a 23-14 record overall and a 10-0 league record.

Trojans volleyball action starts at 6 p.m. on Aug. 28 in an away game against Virgin Valley. Their first home game will be at 2 p.m. on Sept. 9 at home against 2016 Class 1A state champions Pahranagat Valley.