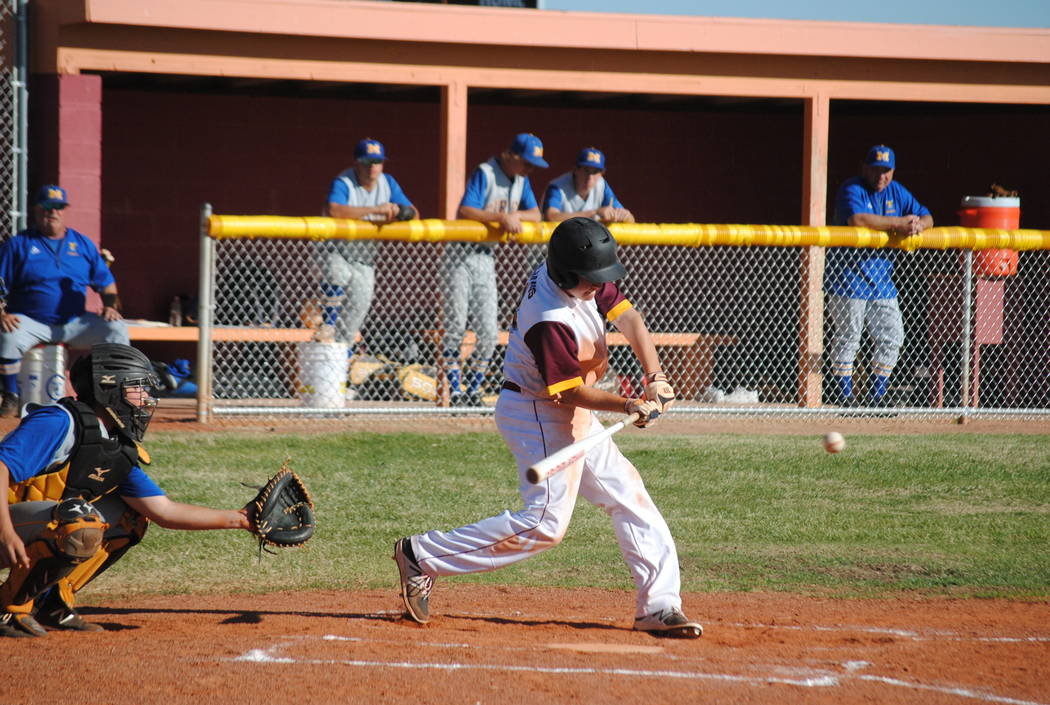 The Trojans baseball team gave up five unearned runs in the second inning, which led to a Boulder City 12-5 win on Wednesday afternoon.

The loss ends a three-game winning streak for Pahrump Valley.

“We allowed five unearned runs, two walks and four errors,” Trojans coach Brian Hayes said. “If we take away that inning, we played a solid baseball game. We told the kids that good teams capitalize on mistakes. Boulder City is a good team and scored seven of their 12 runs off of our mistakes.”

Despite the loss, the team still remains upbeat. One of the lead hitters for the Trojans (4-5 Sunset League), senior Parker Hart, said his team’s hitting was coming around.

“We just need some timely hits when we have guys in scoring position,” he said. “And their pitching was good (Boulder City). It was nothing that was going to overpower us. They just threw strikes and we knew that coming into the game.”

The Trojans had six hits to the Eagles’ 14 and made five errors to their three.

The Trojans have a few days of practice to prepare for the last week of preseason.

“We will use the last week of our preseason to find some answers both offensively and defensively,” the coach said. “Hopefully some guys will step up and solidify their roles on the team.”