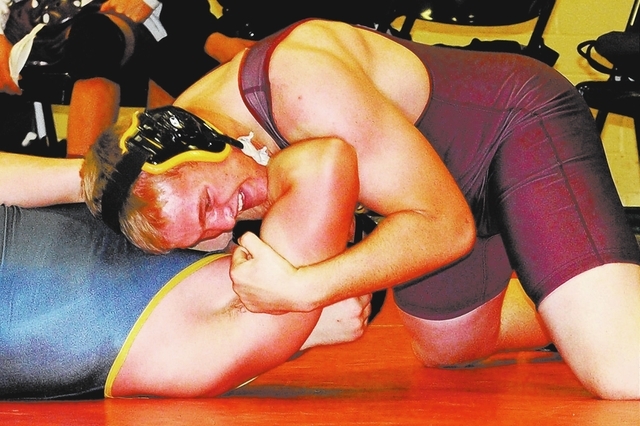 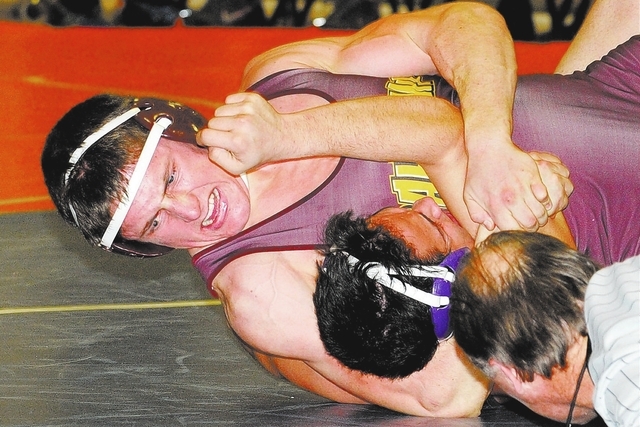 The Mohave Thunderbird Invitational in Bullhead City, Ariz. was a real grind for the Trojans wrestling program. The competition started last Friday and ended on Saturday and the team wrestled four times on Friday and three times on Saturday.

According to Trojans Coach Craig Rieger, if you wrestled and either went undefeated or lost only one bout then you got to continue wrestling in the individual bouts on Saturday. Some of the Trojans like Jaxon Clayton wrestled as many as nine bouts. Clayton was the only wrestler to go undefeated.

Rieger was very satisfied on how his team wrestled in the duals on both days and talked about some of the duals.

“Kingman (the first dual) was a pretty good team,” Rieger said. “We beat them 41-18 but I don’t think we wrestled well. As we went on I thought they were a pretty good team. I lit up the boys after that, I just got after them. Shadow Ridge was a very good program. I actually had some people come up to me and say, ‘We have been kind of spanking some people in Vegas. You guys hung with us.’ And we did. We wrestled well and I was pleased with that because I knew Shadow Ridge. They are just a really good program and I thought our boys wrestled hard for six minutes.”

The last match of the night was with a team from Wickenberg, Arizona and the Trojans beat them 63-12. Rieger and his team saw them the next morning during weigh-ins for the day’s bouts. Rieger said there was a small exchange of words.

“Their team was a good team with a lot of cowboys and tough guys. We come in Saturday morning for weigh-ins and Wickenburg was in the gym. Wickenburg coaches looked at their boys and said, ‘Hey fellas, say thanks to Pahrump for that ass whooping they gave you last night.’ That was cool to hear,” he said.

“They are a good team and we were just up. They were up for it too. We beat them 64-7. The coach and I are good friends. Everybody was surprised. He was a bit disappointed in his team. This was the first dual of the season with them,” he said.

As far as the individual bouts, Rieger said that he was pleased with all the individuals who continued wrestling after the team dual competition.

“Everyone but three on our team made it to individuals. McCormick wrestled great and took second place. Jaxon was the only undefeated one. Scott Maughan beat his guy in the finals to take first place. Scott and Jax were the only first place wrestlers. Abraham also wrestled well, he got second. He lost to a big kid from Shadow Ridge,” Rieger said. “We did lots of matches which was great. The team did well and individually we did well.”