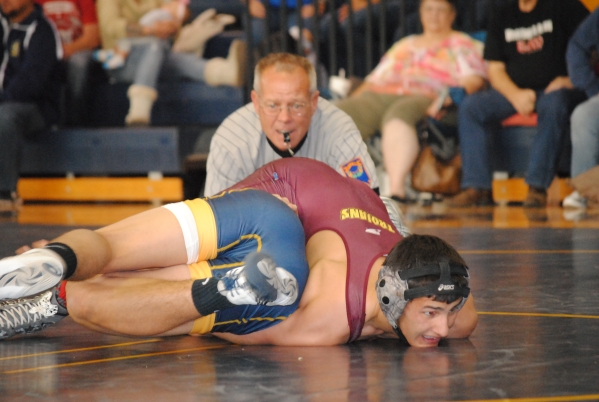 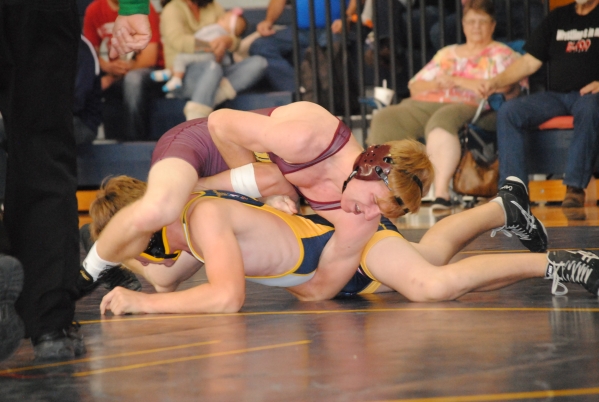 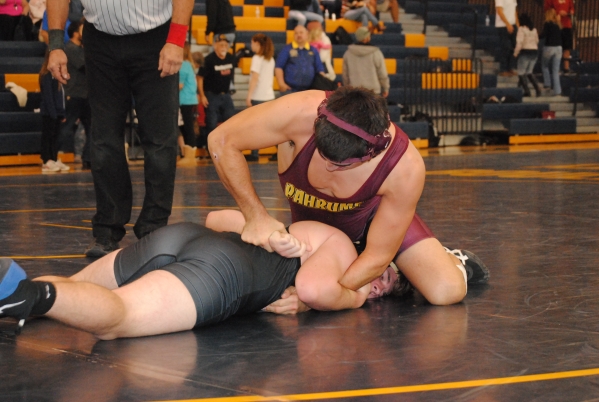 The Trojans grapplers finished in fourth place at the Boulder City Duals out of eight schools at the tournament.

Trojans wrestling coach Craig Rieger was satisfied with the performance of his team.

“It was a great day for us and a good experience for the team,” Rieger said. “We wrestled well against El Dorado, but not so well against Faith Lutheran.”

Rieger said he found himself telling his rookie wrestlers to get off the mat quicker.

“The younger wrestlers tend to be on the bottom a lot and they just need to be quicker in getting off the mat,” Rieger said.

He said the lower weights need some work and the middle weights and the upper weights for the most part did well.

The coach also updated the status of senior Gino Gusman (126) who didn’t wrestle at Boulder City due to a minor injury.

“He is not out for the season, but will return after the New Year,” the coach said. “We want him to take it easy and be ready for conference wrestling after the holidays.”

Rieger said his wrestler of the week was senior Antonio Sandoval (132), who was undefeated at 5-0.

He said another wrestler who wrestled well was sophomore Dustin Rily (152), who was 4-0.

Rieger then had a few words about his new heavyweight, freshman Brandon Bunker.

“I had some coaches come up to me and said they liked this kid’s size,” Rieger said. “He may not have good technique, but if he sticks with us for four years he could be good. I remember Jace and Jax Clayton starting out, their technique was not that great either.”

The Trojans next compete at the Spring Valley Duals this Saturday at 9 a.m.