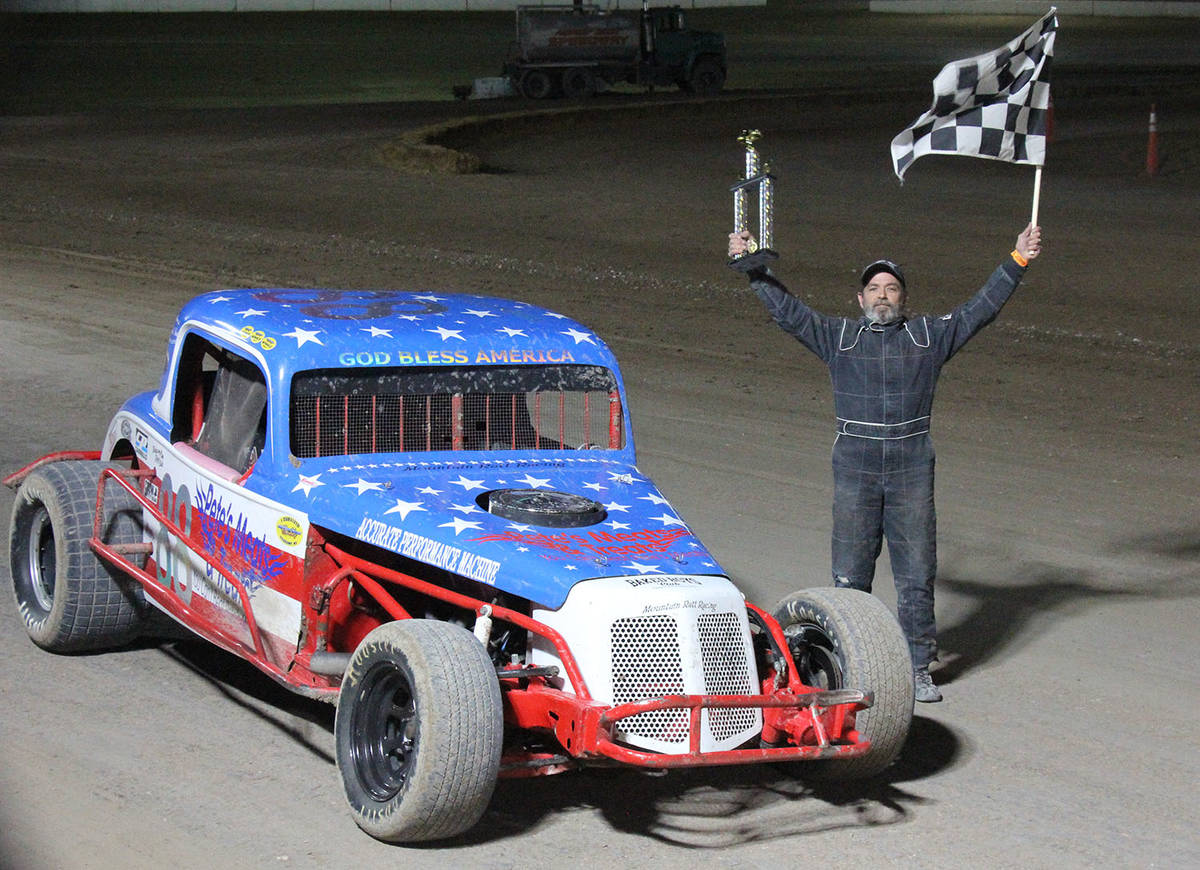 Digital Storm Photography/Special to the Pahrump Valley Times Mark Daub holds his trophy and the checkered flag after he won the Coupe division main event March 27 at Pahrump Valley Speedway. Daub has finished first in Coupes on each of the four racing nights this season. 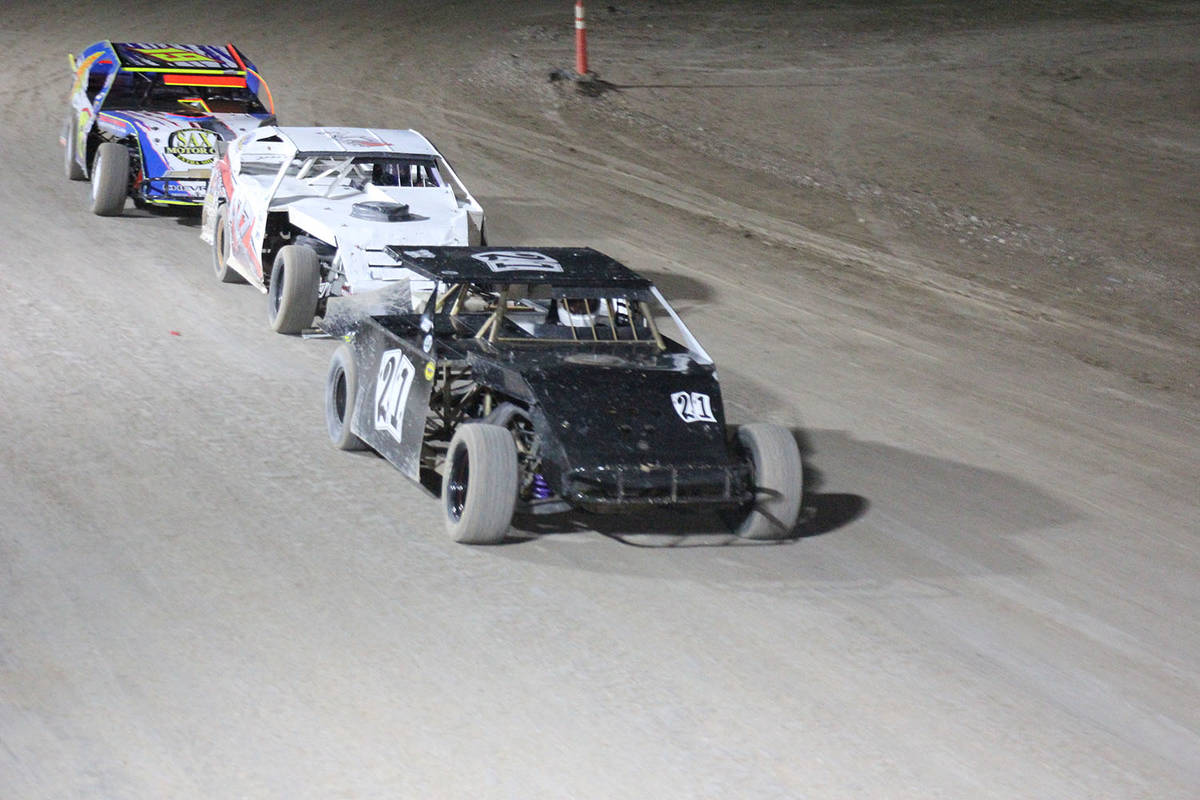 Walton picked up 45 points, 10 for the heat and 35 for the main event, and to move past the idle Aries King and extend his narrow lead over Jeff Murphy, who finished second, picked up 41 points and sits five behind Walton. Trent Bandazian, Aiden Murphy and Bayn Lobato ran third, fourth and fifth, respectively.

Meanwhile, Jared Ward and Mark Daub continued their winning streaks, as each has captured every race in his class this season.

Daub won in Coupes for the fourth time, although his lead in the season standings actually dropped by a point. Daniel Bruner, who finished third in the main event, picked up 10 points from the heat to net 42 for the night and pull even with Scott Holloway, who finished second to Daub and earned 40 points. That left Bruner and Daub with 158 points on the year, 15 behind Daub.

Ward’s fourth Hobby Stock victory — both in the heat and in the main event — put 50 points in his column and pushed his lead on the season to 22 points over Jay Ward and Adam Tiscareno. Jay Ward finished second and Tiscareno finished third as they wound up even in the points standings. Gege Murphy and Matt Gillum rounded out the top five.

There was no top five in Modifieds, or even a top three. Although 10 drivers have raced in the class at least once over the first four racing nights, no more than four have driven at once. The March 27 racing card featured just one driver in Modifieds: points leader Matt Belcher.

The 10 points Belcher gained from the heat and the 30 he received for winning as the only driver to start the main event left him with 80 points. He is the only Modifieds driver to go more than once this season.

A similar situation happened in Super Stocks, as the two drivers in the main event were each competing for the first time this season. Austin Bradley beat out Ron Moffatt, with Bradley pocketing 42 points to debut in the standings in sixth place and Moffatt’s 38 points placing him ninth.

Michael Wills picked up his second Mini Stocks win of the season, followed by Eric McWhorter, Chris Shelton, Sadi Ammon, David Bodendorfer and Tanner Reynolds. Wills earned 47 points to bring his total for the season to 192 and extend his lead over Reynolds to 20 points.

Racing returns to Pahrump Valley Speedway at 7 p.m. Saturday, with Mini Stocks, Super Stocks, Coupes, Hobby Stocks, Modifieds, Sport Mods and Micro Sprints on the card. Adult tickets are $10, with those 55 and over admitted for $8, ages 6 to 14 for $6 and children 5 and under free.

A family six-pack is available, offering two adults and four children under 14 for $30. A season pass is available for $180.