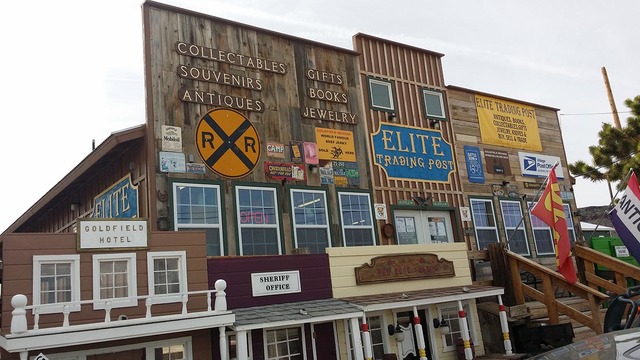 David Jacobs/Times-Bonanza & Goldfield News The Elite Trading Post in Goldfield as shown in 2016. The business is along West Crook Avenue along U.S. Highway 95. 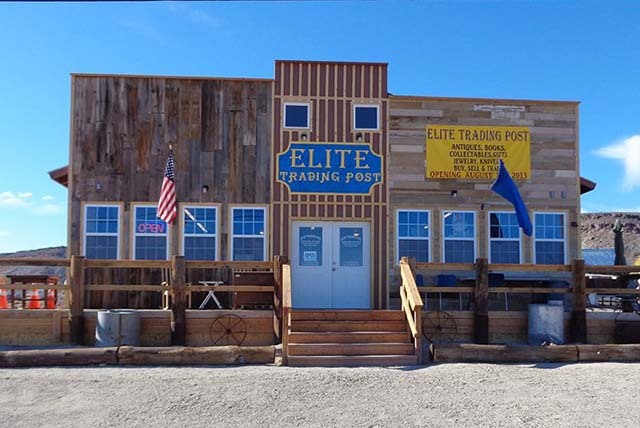 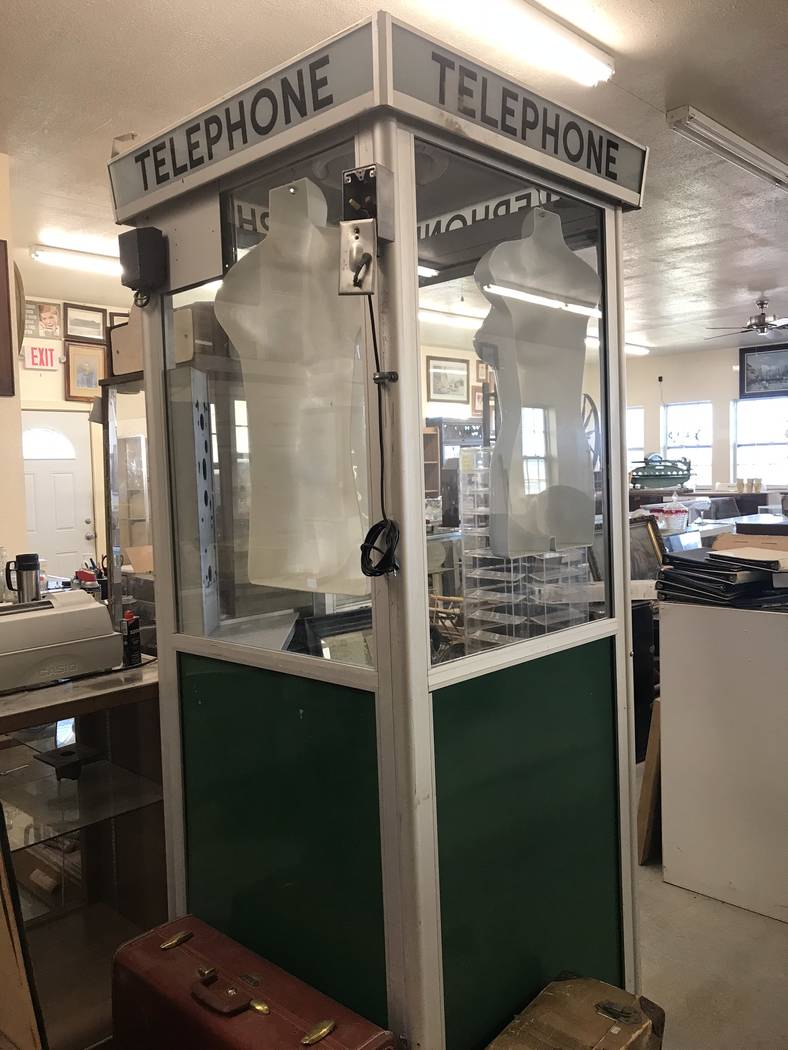 Jeffrey Meehan/Times-Bonanza & Goldfield News Malek and Jody Davarpanah sold unique items and antiques to the people of Goldfield for about the last five years. The store closed in March 2017 after the couple had to move for medical reasons. 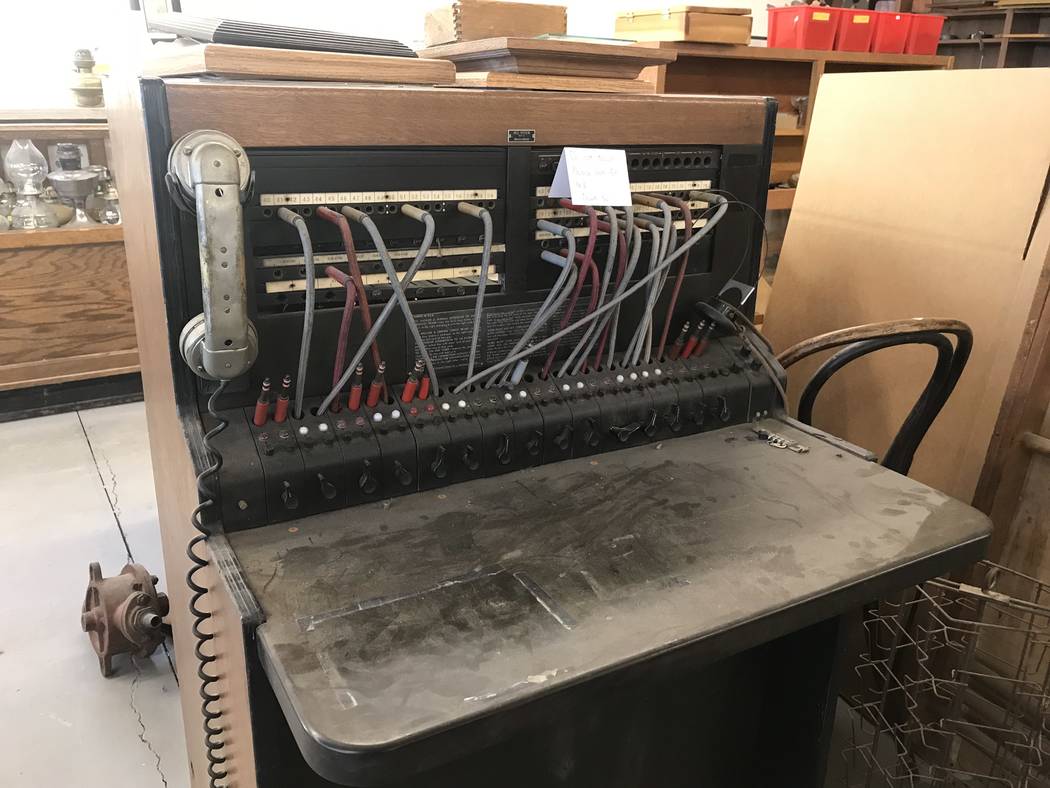 Jeffrey Meehan/Times-Bonanza & Goldfield News The Elite Trading Post at 430 W. Crook Ave. in Goldfield had a moving sale on Feb. 14-15, before the store closed. Customers showed up from as far as Arizona to check it out. The store is being sold to local resident Jeri Foutz, who is planning a similar use for the property. 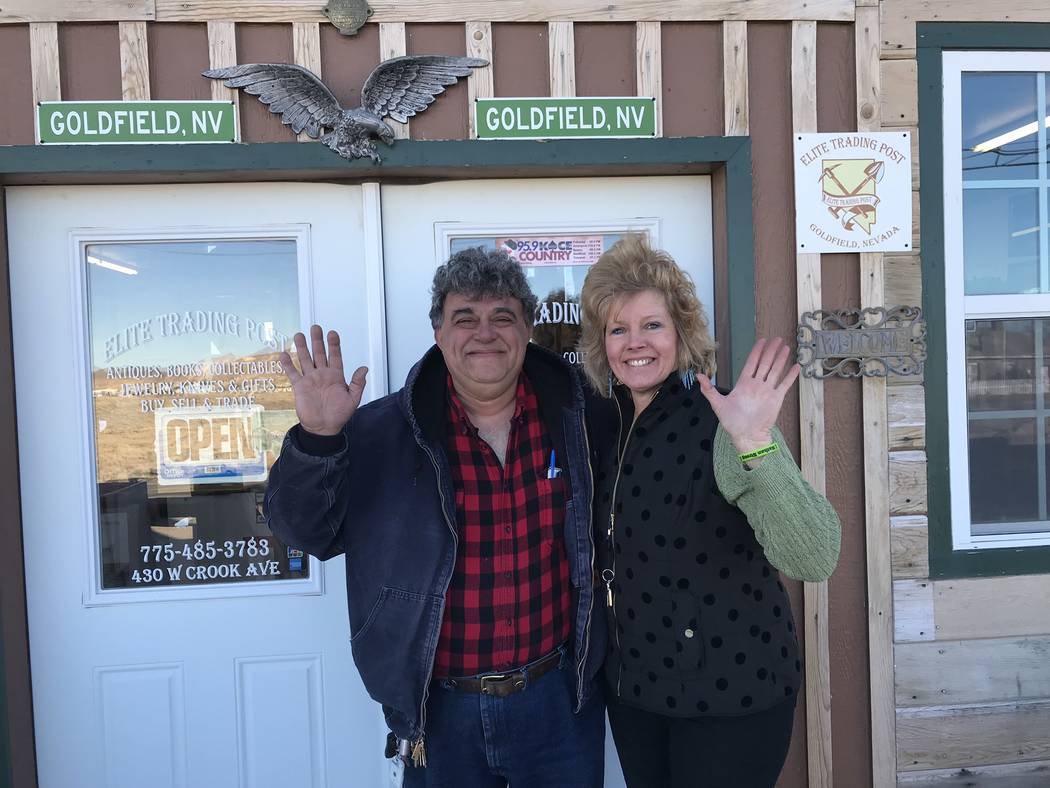 Jeffrey Meehan/Times-Bonanza & Goldfield News Malek (left) and Jody (right) Davarpanah say goodbye to Goldfield on Feb. 14, 2018. The couple came to Goldfield to move the rest of their things out from their store, the Elite Trading Post. Malek fell ill and was forced to move to a lower elevation and sold the space. Their new home is in Yerington, Nevada. The building is being sold to Jeri Foutz, who is planning a similar use for the property.

The once owners of a Goldfield shop that sold various items such as antiques, books, collectibles and jewelry had their final weekend of sales at their Central Nevada location.

The Elite Trading Post at 430 W. Crook Ave. sits along U.S. Highway 95, where those who pass by may have seen the steps leading up to a double door with a Goldfield, Nevada sign that hangs above.

Malek and Jody Davarpanah stepped below that place for about five years before being forced to sell their shop due to health reasons.

Malek said he has heart disease and was forced to move to a lower elevation. The couple now lives in Yerington in Northern Nevada. The couple came in for a moving sale on Feb. 15-16 and planned to stay a few days after to move things out.

The store looked much different than when it was fully stocked, according to Jody, who was formerly the Esmeralda County Schools special education director.

Malek said he’s going to miss “everything” about Goldfield, where he’d planned to live out the rest of his days.

Malek said he is also going to miss the interaction with the people that once passed through his shop.

“It kills me because I love that social part, and I love the people that come in,” he said. “Every day, you explain about the history of the town, you give them a tour. It was lots of interaction. It was just very fun.”

The trading post will not be totally lost. The shop is set to have another couple take over in the coming months.

Jeri Foutz, a photographer by trade since 2009, moved with her husband from Grants Pass, Oregon to the Goldfield area and is planning to take over the building. The shop is set for a similar trajectory as the Davarpanahs had set it on.

Foutz said she is planning to lease the space out for another antique shop. She is also planning on having a sandwich shop with a soda fountain and renaming the store the Goldfield Stop.

Along with that, Foutz is planning to convert a building that sits on the property and have seven vacation rentals at the site, a plan that the Davarpanahs also had in mind.

Four of the rooms are planned for completion in April, Foutz said.

Foutz is also probably known to several people in town as a tour guide. She leads tours of the Goldfield Hotel, paranormal tours, historic tours and photography tours as well. Her husband is a retired physician.

People are “excited” about the transition, Jody said.

The two-day sale was advertised on social media, which Jody said attracted people from as far as Arizona.

Some items from the store will be available in Tonopah, though not all. The Mailroom, or FedEx authorized store at 550 N. Main St. in Tonopah will have a few items on display.

Some of the items will also be on display at the Antique Mall in Mound House, Nevada at 10104 U.S. Highway 50.