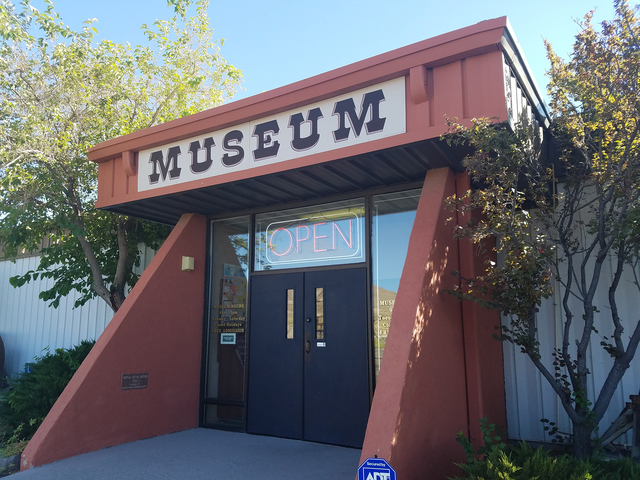 The Central Nevada Museum in Tonopah as shown in a photo earlier this year. As the result of budget issues, concerns are being raised about the museum’s future. David Jacobs/Times-Bonanza & Goldfield News 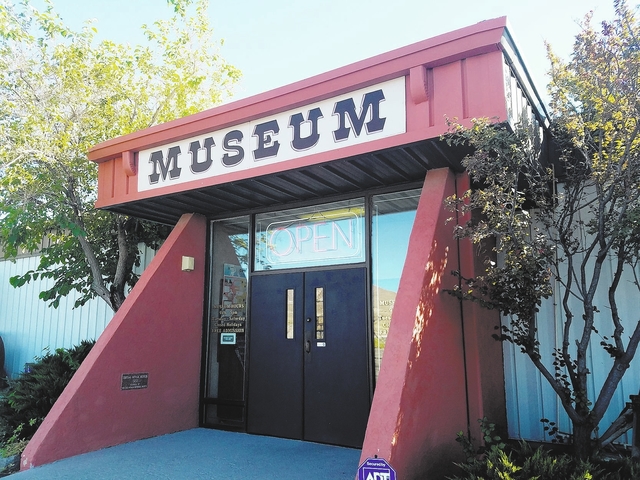 The Central Nevada Museum in Tonopah as shown in a photo earlier this year. As the result of budget issues, concerns are being raised about the museum's future. David Jacobs/Times-Bonanza & Goldfield News

One of the community stories to follow in 2017 is the fate of the Central Nevada Museum.

In case you missed last week’s story, funding concerns are being expressed about the Central Nevada Museum’s future, prompting the museum to look at additional non-government funding options.

Allen Metscher, president of the Central Nevada Historical Society that operates the museum in Tonopah, said he was “deeply concerned” about the prospect of the museum having to close.

After the story ran in the Times-Bonanza on Dec. 15, Metscher and Eva La Rue, museum curator and Historical Society secretary/treasurer/director, expressed concerns about a small portion of the article.

I wrote that Metscher spoke of the museum’s financial challenges in the context of other county issues such as Tonopah not having a hospital since Nye Regional Medical Center’s closure in August 2015.

“I do realize it’s very insignificant when the county hospital shuts down and other entities,” he told me.

The day the story ran, Metscher left me a voice mail, asking for a retraction or correction, saying something “wasn’t right” with the story.

“What I had said, or at least what I thought I’d said, is that a museum shutting down is insignificant to a hospital shutting down,” Metscher said. “I mean, my gosh, a hospital is on the top of the list of things to be opened in any community.”

Metscher said he did not say that it was “insignificant that a hospital shut down” or “mean it that way.”

“That is not true. It’s insignificant that a museum shuts down compared to a hospital shutting down.”

As soon as I heard Metscher’s voice mail, I called him back. He again expressed his concern. I told him I did not consider his comments for the Dec. 15 story to mean what his later concerns to me indicated. He seemed satisfied at my response, which included that there was nothing to retract or correct. I also immediately notified Times-Bonanza editor Arnold Knightly to advise him of the situation.

Later that night, Metscher called me again and told me everything was fine with my story (as in the matter had been resolved).

The next morning, however, I received an email from La Rue, the museum curator and Historical Society official.

“Allen was concerned with a quote you used in the article, and, after reading it, I am too,” La Rue wrote in part of an email. “What he meant to say was that the museum’s possible closure is very insignificant compared to the hospital and other entities shutting down. And frankly, in the article, it sounds like he is saying it’s very insignificant that the hospital and other entities shut down.”

“I just was hoping you could possibly clarify that in the next issue?” La Rue wrote. “We wouldn’t want anyone thinking we don’t hold the health and safety of the local citizens as the most important issue facing the community at this time.”

I wrote La Rue back and told her of Metscher’s phone call the night before, indicating his initial concerns had changed.

I also invited her to contact Knightly, the Times-Bonanza editor, and provided her with his email and telephone number. I also forwarded Knightly the email from La Rue.

In thinking about this later in the day, I decided the concerns would make a good topic for this column, giving readers a look at how news stories come together.

I look forward to writing more about the museum in the coming months as its financial challenges are addressed.

Both Metscher and La Rue did express appreciation for the Times-Bonanza for writing about the museum. It was a story prompted by reader emails expressing concerns about the museum’s future.

“Thank you for the story about the Central Nevada Museum in the paper this week,” La Rue wrote in her email to me. “It will certainly get the word out for us on some of the issues we are facing.”