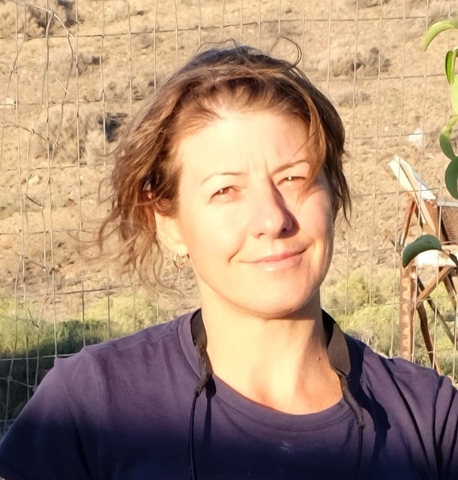 TONOPAH – Not only is the new head volleyball coach not that new, but she is a former Mucker to boot.

Melissa Jennings is the new head volleyball coach at Tonopah High School, a position that she held once before.

Jennings was the head volleyball coach for the Muckers in 2001 and 2002.

Jennings is a 1989 graduate of Tonopah High School. She then attended the University of Nevada, Las Vegas from 1989-1994, and graduated with a Bachelor of Science in geoscience.

“I worked in the lithium industry from 1995 to 2015 as a geologist, hydrogeologist and supervisor,” she said. “I received my Master’s in environmental engineering in 2010. I currently work at the Bureau of Land Management as a geologist.”

She played volleyball in high school for then-coach Judi Boni.

“I was captain and MVP my senior year at THS, where we were state runner-up in volleyball,” Jennings said. “I played middle hitter. Because volleyball was not offered at UNLV during my attendance years, I walked on to the basketball team and played with the Rebels from 1989 to 1991, when we won the Big West conference.”

Jennings is married and has lived in Tonopah for 15 years and before that, in Goldfield, since she was a child. Jennings is from a family of seven and her parents, RJ and Rita Gillum are from Goldfield.

When she is not coaching volleyball, she and her husband enjoy hiking, camping, gardening, and photography.

“We are amateur photographers for various occasions,” Jennings said.

As far as the sport of volleyball, she enjoys every aspect of it.

”I hope that I can infuse the love of volleyball into the girls I coach because I do love to play and teach the sport,” she said.