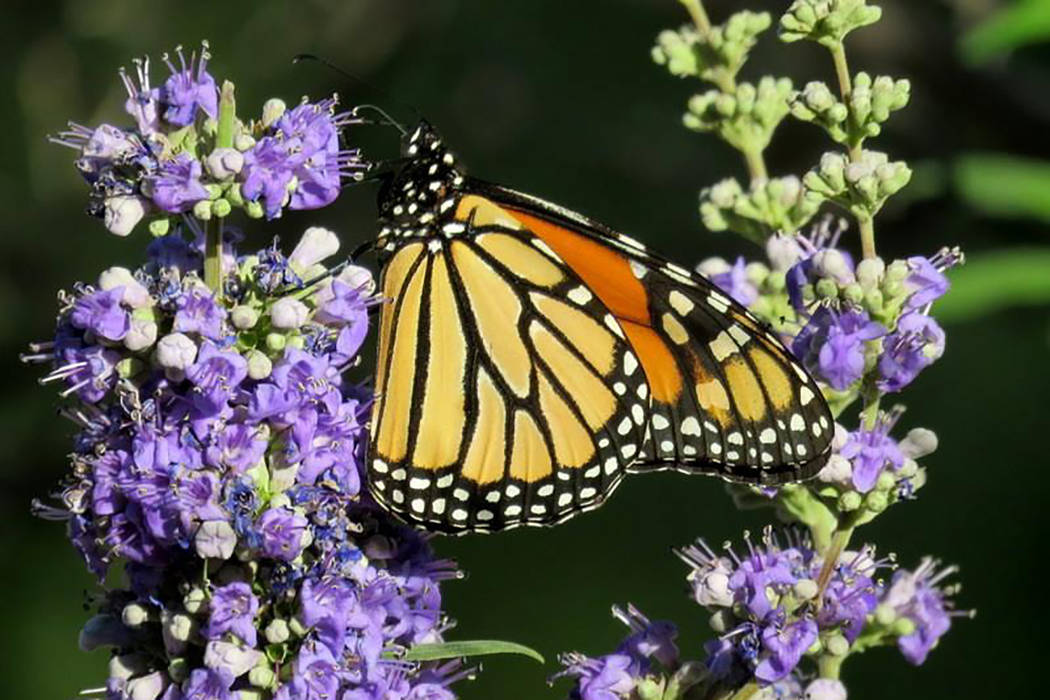 A monarch butterfly samples flowers in this undated photo taken at the Nature Conservancy's Torrance Ranch Preserve, 125 miles northwest of Las Vegas. Migrating monarchs should be visible around Southern Nevada from now until the end of April, depending on the weather. (Len Warren/The Nature Conservancy) 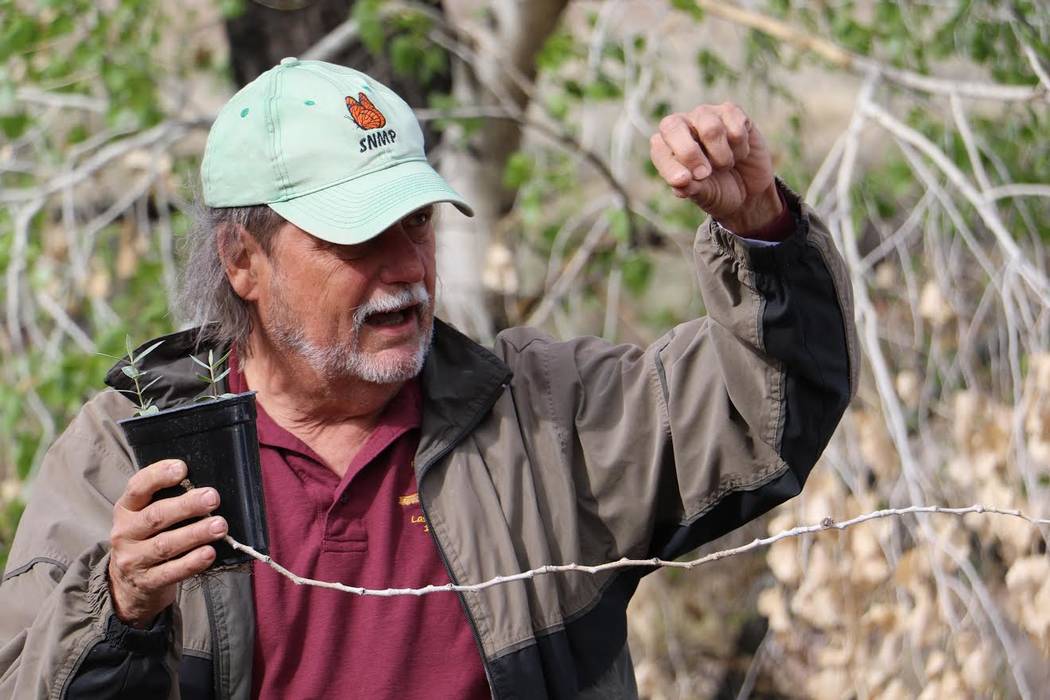 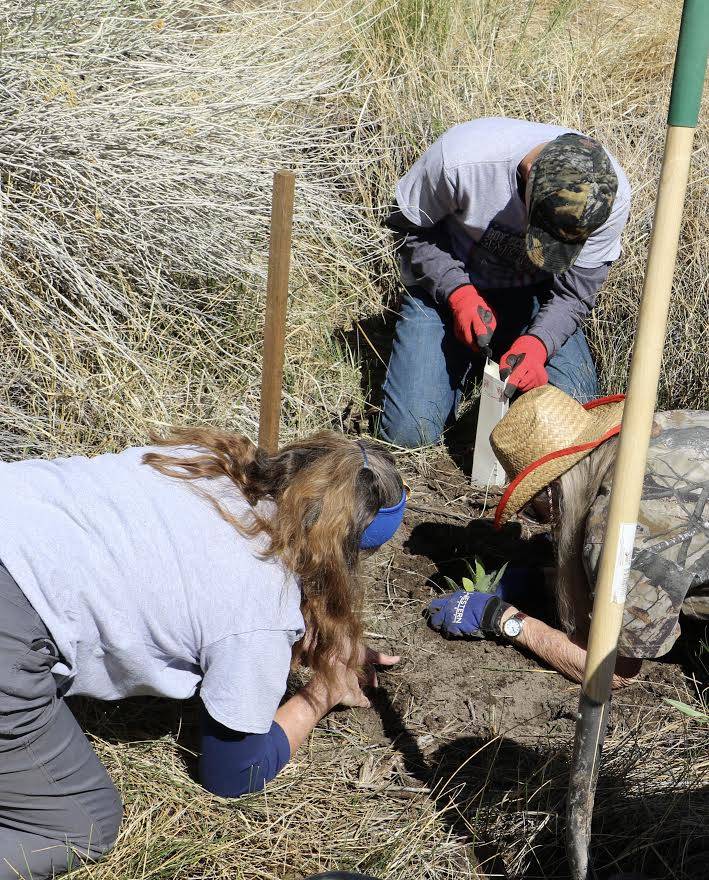 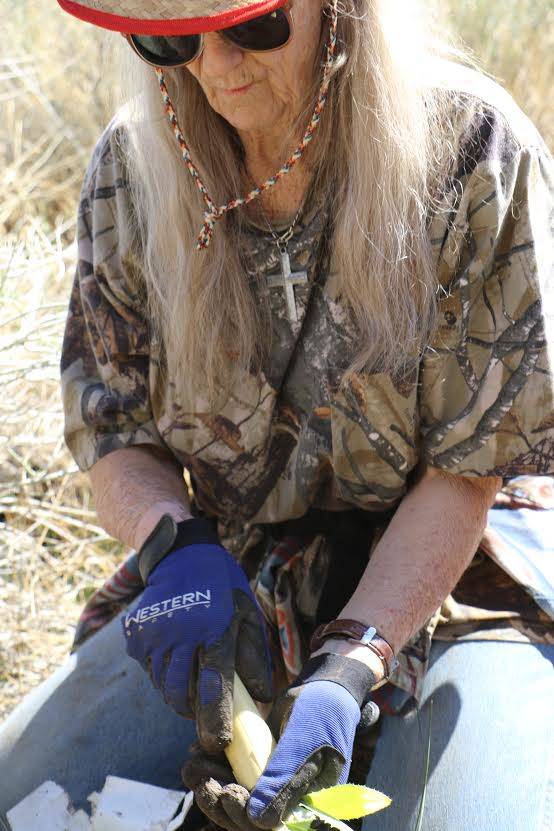 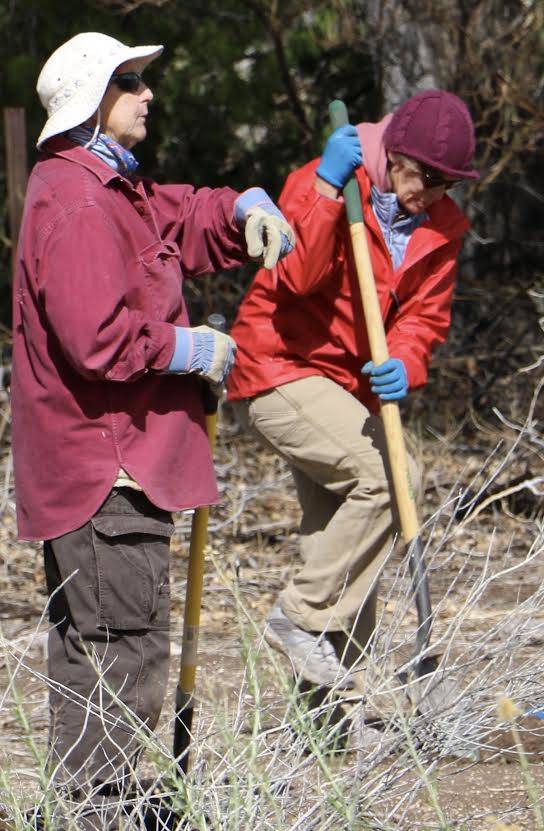 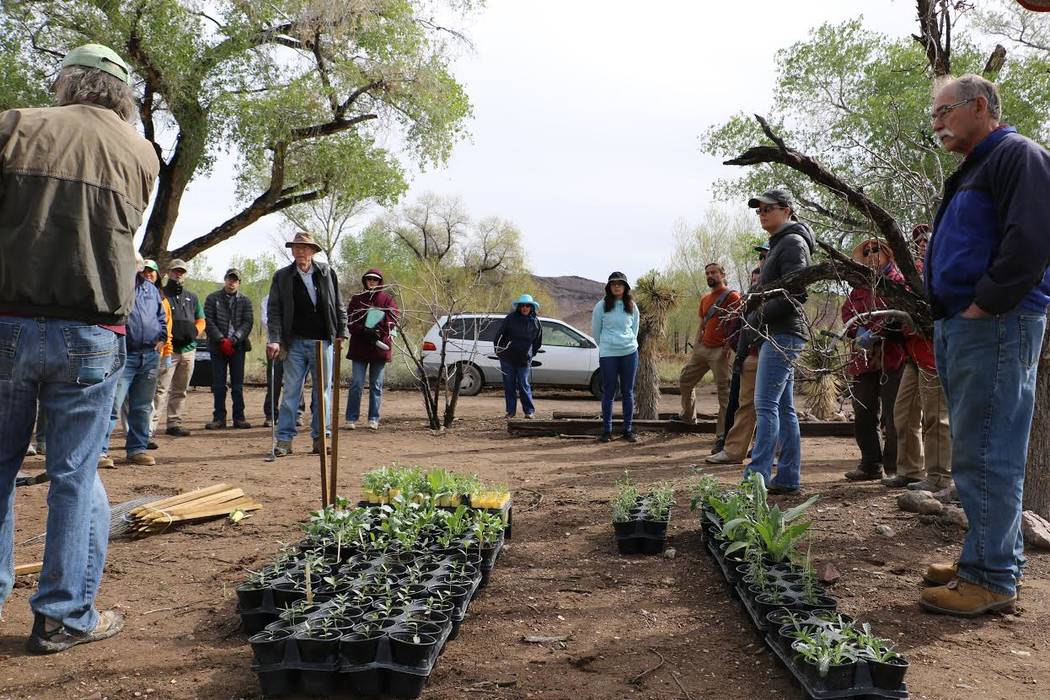 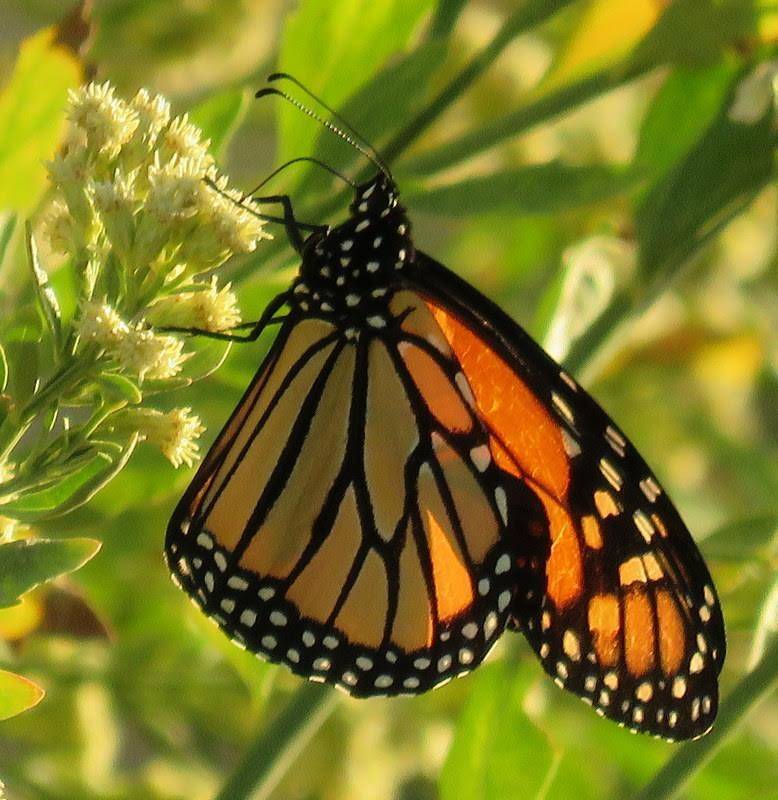 Monarch butterflies, the long-haul truckers of the insect world, have a new place to rest and refuel in Nevada during their epic migratory flights.

More than 30 volunteers gathered on a ranch north of Beatty on Saturday to plant several hundred flowering plants on four acres owned by the Nature Conservancy on U.S. Highway 95 about 125 miles northwest of Las Vegas.

The new butterfly rest area features 20 different types of native nectar plants, including three varieties of milkweed, beloved by monarchs both as a food source and a host plant for their eggs.

Project organizer Doyle Wayman hopes to see more way stations cultivated across the southern half of Nevada to help the distinctive orange-and-black butterfly safely travel up to 1,000 miles to and from its wintering grounds in Southern California and Mexico.

“It sort of sets up like the old Pony Express routes if you will,” said Wayman, former native plant team leader for the nonprofit Friends of Red Rock Canyon.

By some recent estimates, the population of monarch butterflies has dropped by more than 50 percent west of the Rocky Mountains and by more than 90 percent east of the Rockies over the past 20 years or so. The U.S. Fish and Wildlife Service blames the decline on a combination of habitat destruction, climate change and the widespread use of pesticides and herbicides.

As Wayman put it: “Without milkweeds, we will have no monarchs. It is so, so dependent on a plant that we’re openly trying to eliminate.”

Which makes the way station project’s main funding source somewhat ironic. All the studies and plantings conducted so far were paid for with almost $200,000 in grant money from Monsanto Co., one of the world’s largest pesticide companies.

In addition to the new butterfly rest stop at the Nature Conservancy’s Torrance Ranch outside Beatty, other way stations are being developed at the Clark County Wetlands Park, the Corn Creek visitor center at Desert National Wildlife Refuge, Big Bend of the Colorado River State Park near Laughlin, and the Southern Nevada Water Authority-owned Warm Springs Natural Area near Moapa.

Wayman is applying for a second round of grant funding — something more than $200,000 this time, he hopes — to develop as many as 40 more way stations over the next two years across the state’s southern half, including a shuttered golf course in Pahrump and a prison yard plot in Indian Springs.

Eventually, the effort could expand into southern Utah, northern Arizona and eastern California to establish a butterfly highway across the Mojave Desert. Wayman said the number of agencies and nonprofit partners in the project has grown from seven to 17.

Though monarchs are the main beneficiary of the work, he said the cultivation of nectar plants should also benefit bees and other pollinators whose numbers are in decline.

“It’s kind of exciting where this might go,” Wayman said.