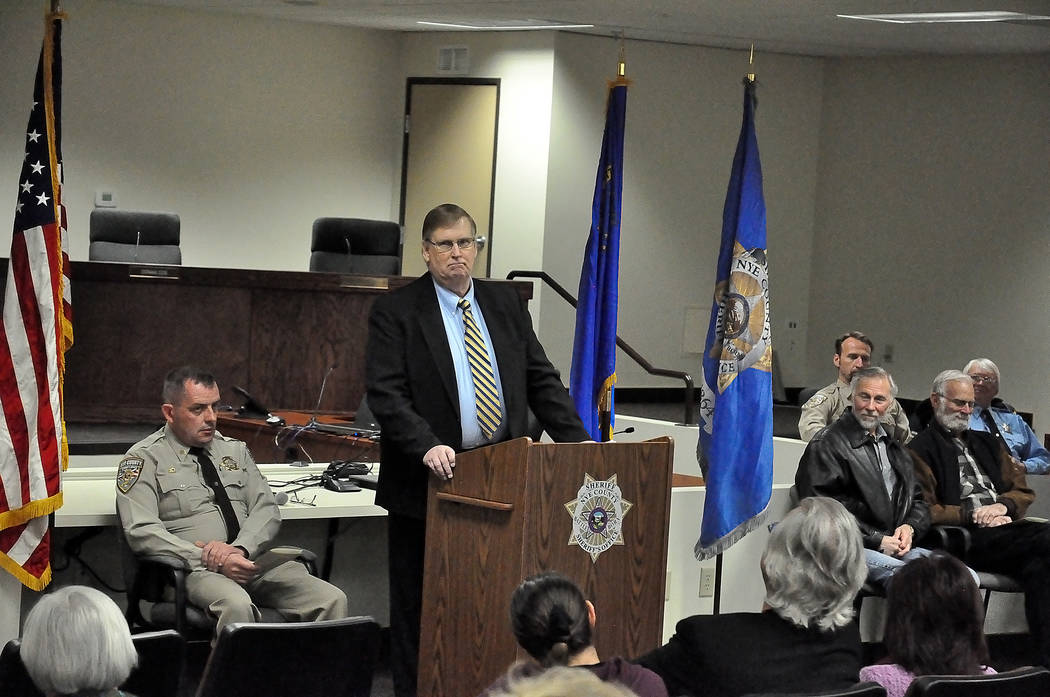 Moody joined Nye County in January 2015 after he was appointed by then-incoming Sheriff Sharon Wehrly.

It’s unclear why Moody has resigned. He declined comment when reached Tuesday by the Pahrump Valley Times.

He had served as a police chief in several towns in Alaska prior to joining the Nye County Sheriff’s Office.

On Tuesday, Wehrly declined to comment on the reason for Moody’s departure, citing confidentiality laws.

Wehrly would only say that they had mutually agreed upon the resignation.

Nye County Sheriff’s Detective Michael Eisenloffel has been appointed as the acting undersheriff.