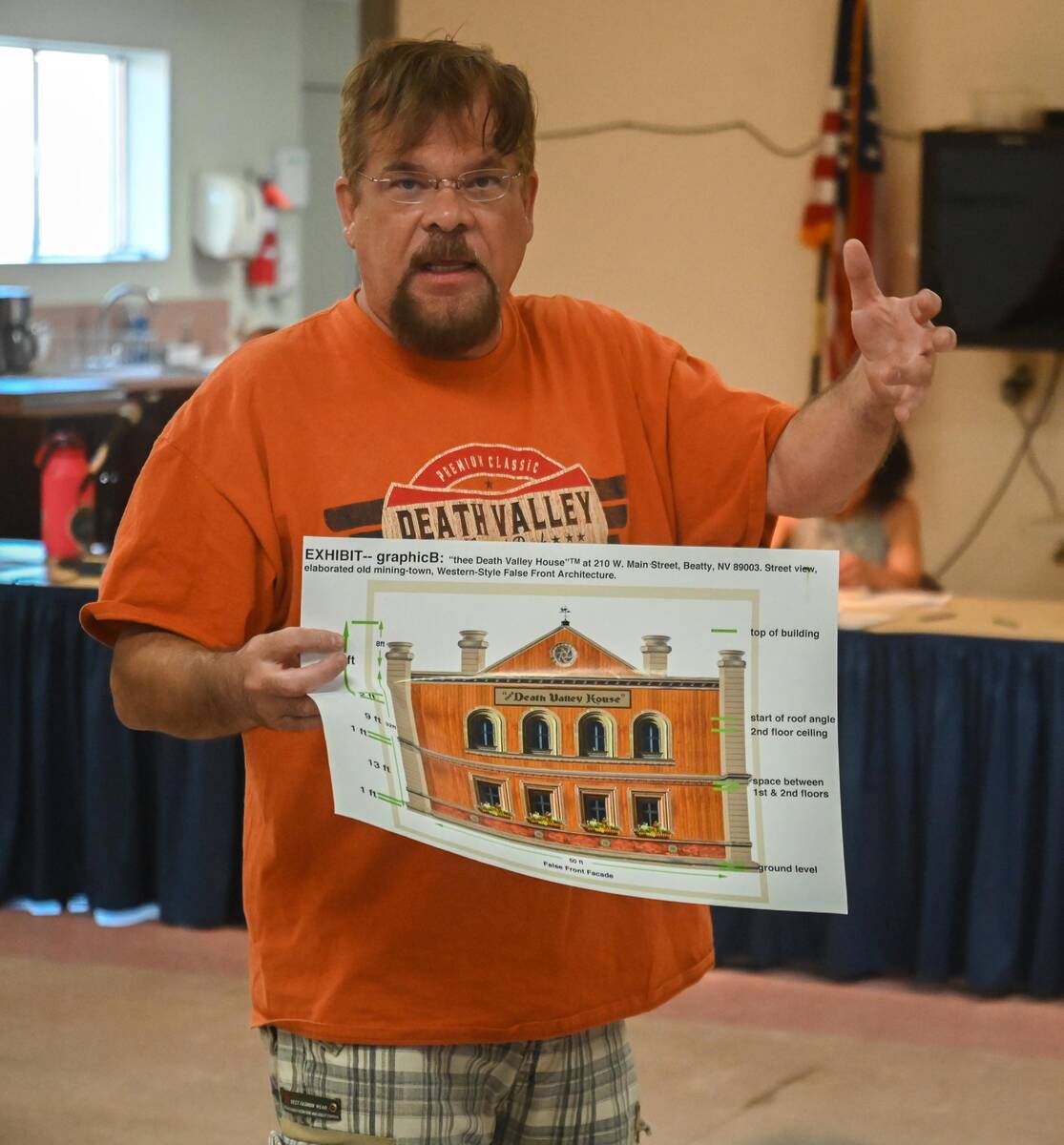 Richard Stephens/Special to the Pahrump Valley Times Dr. Martin Blahnik, also known as the "Desert Doc", displays a rendering of the front of his proposed gallery and gift shop.

The “Desert Doc,” a photographer who professionally photographs Death Valley, wants to build a gallery and gift shop in Beatty.

Dr. Martin Blahnik, a Henderson neonatal pediatrician, presented his plan to the Beatty Town Advisory Board at its June 13 meeting.

Blahnik describes his photographic style as “compilation photography,” which involves combining multiple images to achieve highly-detailed photographs that can be printed very large. He says he is also a performance artist and a writer, and is currently working on two autobiographies.

Blahnik has purchased the property at 210 West Main St. in Beatty, next to the Water District office, where he hopes to build what he titles “The Death Valley House.”

He plans for it to be in the typical style of commercial buildings in old mining towns, in which the building itself was of simple construction with a fancier false front facing the street. Blahnik, who is “totally in love with the desert,” says he will also use native plants in his landscaping.

The project will take a great deal of money. He says he has about $900,000 so far, but that it will be around five years before he will have what he needs unless he gets additional backing. He plans to retire from his medical practice in about 2027, at which point he would like to move to Beatty and take up residence in his facility. He hopes that, upon his death, the gallery would go into a public trust and would be used by other Death Valley artists. 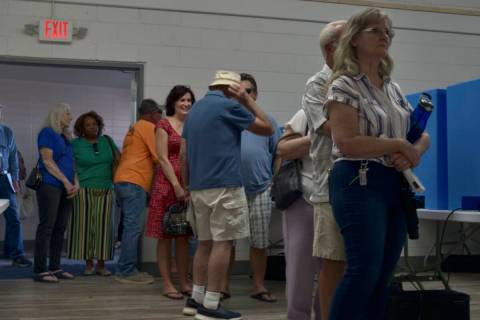