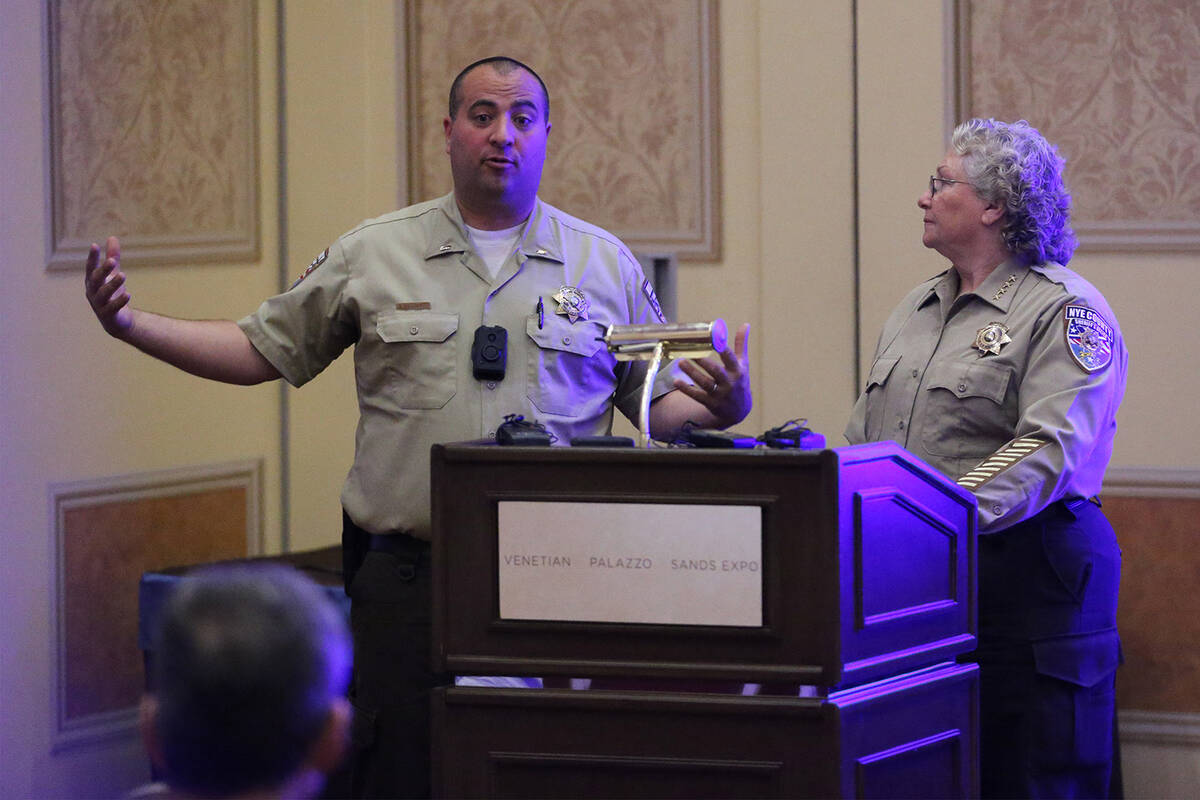 Nye County Sheriff’s Office Capt. David Boruchowitz alleged that two deputies in the department had committed criminal acts with a computer by kicking him off a Facebook page they created, according to a report released this week.

The sheriff’s office moved forward with a complaint, according to a report released Tuesday, but prosecutors ultimately declined to file charges.

The next day, Boruchowitz was blocked from logging into the Facebook page, and the post had been edited to add that McGill was investigated and an outside agency found no wrongdoing on his part in the arrest.

McGill retired from the Metropolitan Police Department in 2013 and works part-time for the sheriff’s office. He is running for sheriff in Nye County against incumbent Sharon Wehrly.

McGill did not immediately respond to a request for comment.

Sgt. Cory Fowles texted Boruchowitz in May to say that he changed the post, and Tippets said he removed Boruchowitz as an administrator on the page.

“He did so because he felt the McGill’s video was ‘unethically obtained, if not illegally obtained’ and because the original post’s words were ‘slanderous and at least a partially untrue spin which defamed a political candidate and put (Tippets) at risk,’” Tippets told detectives.

Tippets told deputies investigating the case that he created the Pahrump Politics page in 2014 as a “propaganda machine” to combat negative content published by news outlets, according to the report.

Boruchowitz removed Tippets from the other four pages they ran together, Tippets said.

The complaint against Tippets and Fowles was filed in August, and the sheriff’s office referred the case to the Nye County district attorney’s office on Oct. 3.

“The laws at issue are meant to protect against things like serious financial fraud/theft, industrial espionage, and blocking people from computer systems or networks,” Arabia said in a statement. “These laws are not meant to resolve private disputes among people running a Facebook page.”