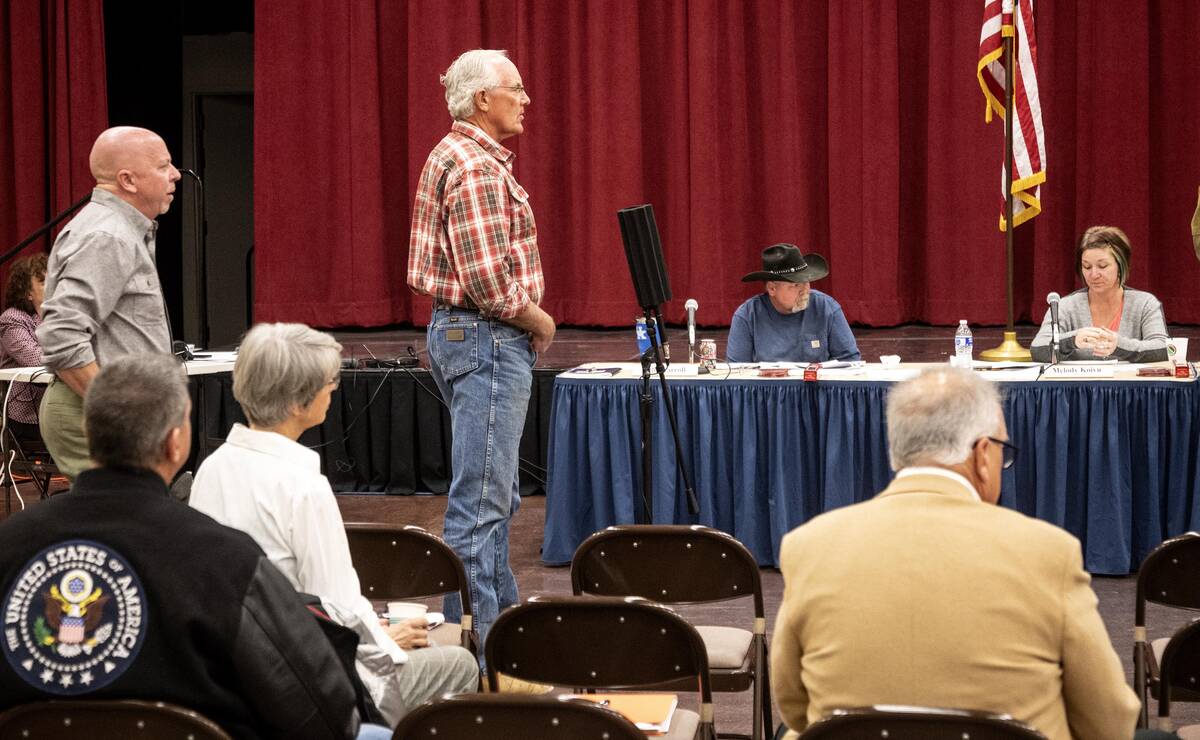 Richard Stephens/Special to the Pahrump Valley Times David Spicer (right), and Terry Christopher, of Great Basin Institute, gave a presentation on the development of recreational trails in the Beatty area. 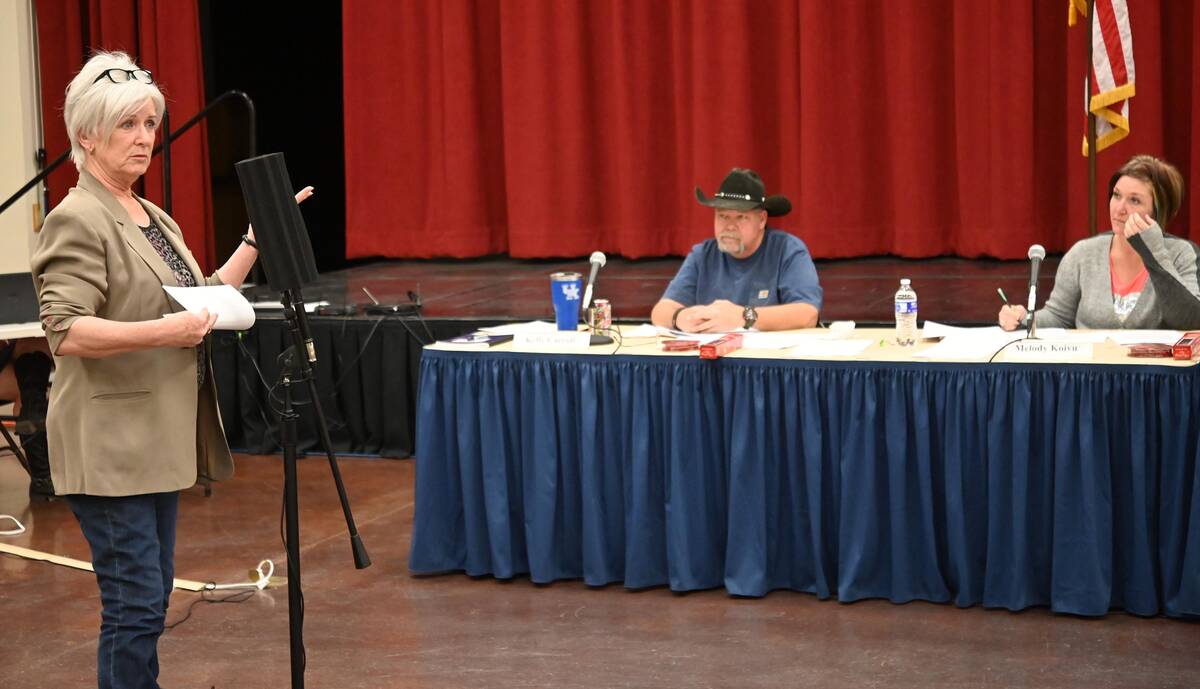 Richard Stephens/Special to the Pahrump Valley Times Lorinda Wichman, county natural resources director, speaks to the Beatty board regarding the county's land use bill.

The Beatty Town Advisory Board expressed appreciation and admiration on Monday for the accomplishments of Beatty Seniors Inc. and for David Spicer’s efforts to help develop Beatty into an outdoor recreation destination. The board backed up their sentiments by providing funding to the causes.

Patti Butler reported that Beatty Seniors finished their first year, operating the Beatty Senior Center as an independent nonprofit, with more money in the coffers than they started.

“We’re very proud of what we’ve done this year, but we couldn’t have done it without the town and the businesses,” said Butler. “We’ve had unbelievable support from individuals and businesses all around.”

The town paid the senior center’s utility bills the first year, and voted in this meeting to do the same for the second year up to $11,000. This will be done by reimbursement after the bills are paid.

Butler thanked the board and said that the organization’s goal was to be self-sufficient.

Beatty resident David Spicer, and Terry Christopher and Kevin Dose, from Great Basin Institute, gave a presentation on the development of recreational trails in the Beatty area.

Spicer has spent years of work and considerable expense in developing mountain bike and hiking trails and other facilities on and off his ranch, and has established helpful relationships with government agencies and private companies.

A current focus is the development of more trails closer to the town. Many of these would follow trails created by the area’s wild burros and would be on public land.

“We don’t have a future without the use of public land,” said Spicer, who is a strong proponent of multiple use of these lands.

Great Basin Institute has been successful in acquiring a $90,000 grant from the Bureau of Land Management for the required archaeological studies for the development of the trail system, but the grant comes with something of a catch-22 requirement.

With the good intention of providing a learning experience for youth, the program requires that the crew chief for the survey be between 16 and 30 years of age. However, in order to function as crew chief, the person must have the necessary experience and certification, things a young person is very unlikely to have.

Following the presentation by Spicer and the GBI representatives, the board voted to fund the crew chief position, not to exceed the $28,488 calculated for it in the grant.

With the town paying for the hiring of the crew chief, that portion of the grant will be freed up to further help the project.

The board also approved a pair of expenditures by the Beatty Volunteer Fire Department. The amounts were based on winning bids.

Board Chair Erika Gerling explained that use of separate funds was necessary because PSST money can only be used for things that are new additions, not replacements. The first three were for new volunteers, while the other four were to replace turnouts with expired certifications.

The bill seeks to enable the county to have better access to federally controlled lands, to clarify some ownership and use issues, and to improve mitigation when lands are withdrawn for government use, the latter being of particular importance with the looming Defense Appropriation Bill.

Noting that many groups and agencies are involved and that compromise is part of the process, Wichman said she was “more encouraged than at any time in the last 23 years.”

Wichman provided the board with a list of the matters the bill deals with and said, “If you see anything that sets your hair on fire, let me know.” 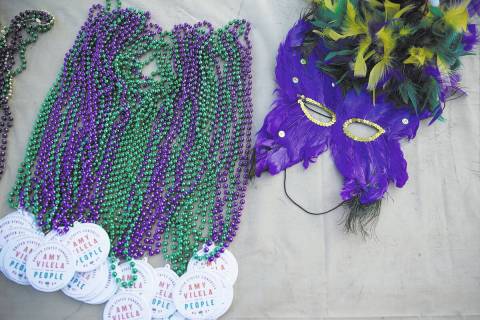 What to do in Pahrump

A calendar of upcoming events