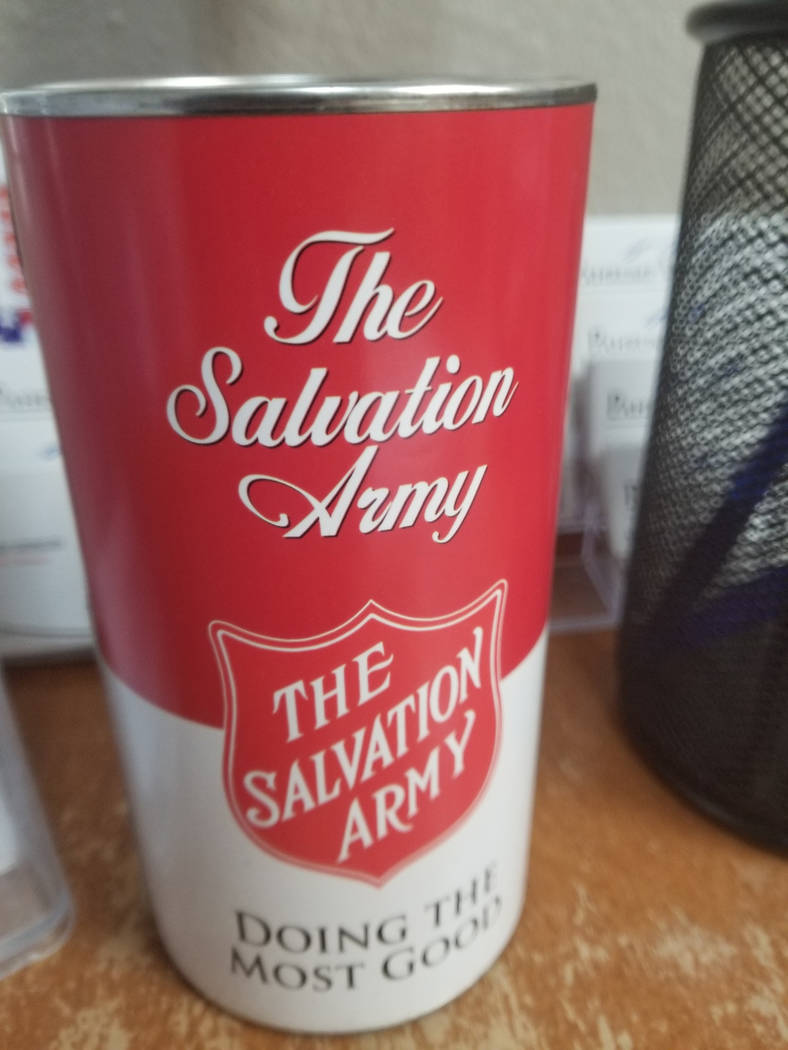 David Jacobs/Pahrump Valley Times In Pahrump, the Salvation Army provided thousands of pounds of food through its pantry as well as clothing and other services.

The Salvation Army in Pahrump received a donation of $1,000, which lifted the spirits of those who work so hard to assist our neighbors in need, the group announced Monday.

The donor is not being identified.

The donation, via check, was dropped in the kettle located at Smith’s, while Robert Muldowney was ringing the bell this past Friday, Jon Watt, coordinator at the Pahrump Salvation Army Service Center, said via email.

“With a shortened kettle season, we are expecting to collect less than last year, but this gift will make a huge difference for us,” Watt said in a separate news release.

Compared to the last six years, 2019 has the fewest holiday shopping days, the release stated. “This could create an unexpected problem: a reduction in the amount of charitable giving by holiday shoppers. If realized, this deficit could hinder the country’s largest social service provider’s ability to provide critical services to people in need in 2020. The vast majority of giving to the Salvation Army’s iconic Red Kettles happens after Thanksgiving.”

Nationally, the Salvation Army estimates nearly $12 million in donations could be lost if generous donors don’t fill the gap left by the shorter season. That’s equal to nearly 45,000 less nights of shelter for those experiencing homelessness.

“We have so much to be thankful for this holiday season, but there is tremendous need,” Commissioner Kenneth Hodder of The Salvation Army said in a statement. “Donations given during the holiday season are critical to providing hope not just during Christmas, but throughout the year. We are hopeful that compassionate donors will join us in serving our community’s most vulnerable.”

The funds raised during the Red Kettle Campaign allow the Salvation Army to provide toys for kids at Christmas, clothes for the homeless, food for the hungry, and countless other social service and after-school programs to those in need, year-round. In Pahrump, the Salvation Army provided thousands of pounds of food through its pantry as well as clothing and other services.

“In addition to donating cash and coins, donors can now give through Apple Pay or Google Pay at participating red kettles. Online donations are accepted year-round at Give.SalvationArmyUSA.org. All donations given support the local community.”