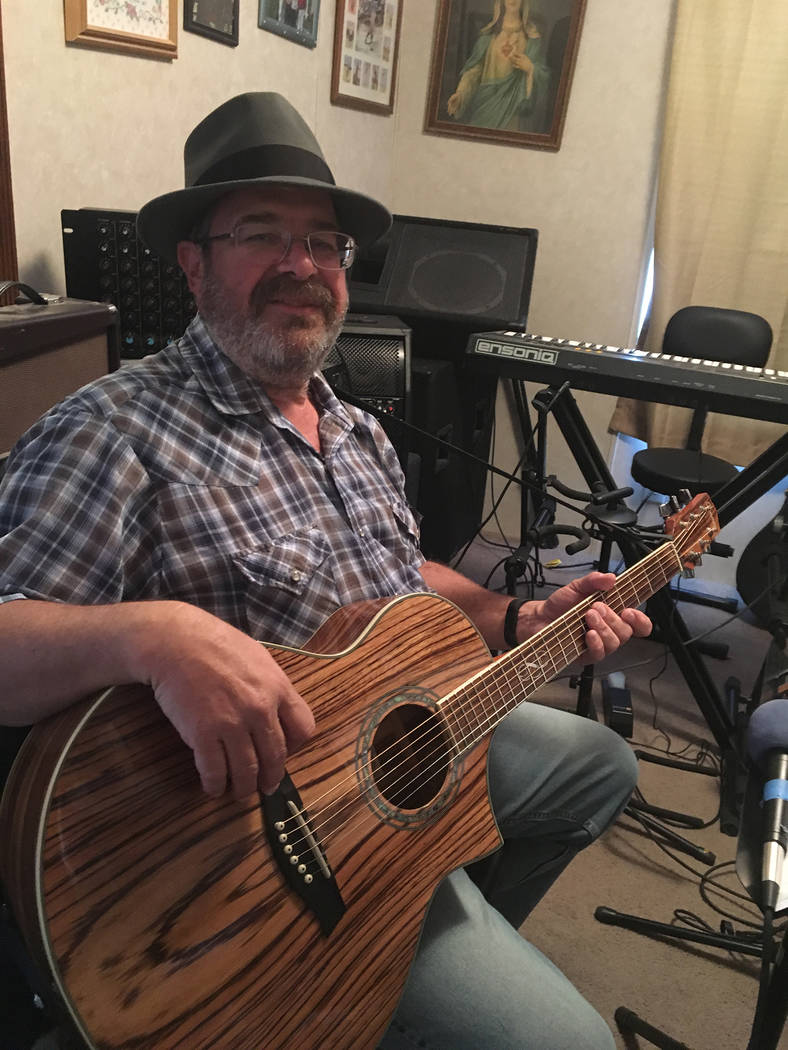 Special to the Pahrump Valley Times Former Nye County District 5 Commissioner Dan Schinhofen who left office in 2018, is an accomplished musician, as evidenced by a soon to be released collection of songs on his album entitled “Tree of Life.” Schinhofen recently wrote and released a Christmas single entitled, “Hard Dozen Blues.”

He’s also singing country, rock and a variety of other songs.

Schinhofen, who left office at the end of 2018, is an accomplished musician, as evidenced by a soon-to-be-released collection of songs on his album entitled “Tree of Life.”

“I released the Christmas single just before Thanksgiving, and the Tree of Life album should be out at the end of this year,” he said. “It’s got 10 original songs, consisting of blues, rock, and there is also a swing tune. It’s very eclectic, just like me. It’s available on Spotify, Amazon, or anywhere you stream.”

Schinhofen, along with a few session musicians, recorded the album at Orangecrest Studios in California, where he played rhythm guitar and keyboards.

His daughter, Barbara Wesniski, sings harmony on at least three of the tunes.

“I have another song called “A Taste of Freedom,” which is out as a single, and it’s going to be on the album,” he noted. “It’s kind of a country Americana-type song. There’s also a political song on there called “Suck it up Buttercup.” Everybody thinks they have a right not to be offended, but we have a right to free speech, and that’s what the song says. There’s also a country tune that I wrote for my wife last year, called “A Few Moons.” It’s about getting old with the love of your life.”

The former commissioner also spoke about another song on the album, which he admits may not sit well with some people.

“My favorite song, which is probably not going to go anywhere and a lot of people might not like, is called “Up to You,” and it’s about how people waste their time thinking about who to hate next,” he said. “Hate has got to be the most useless emotion there is, because the person you hate usually doesn’t care if you hate them.”

Schinhofen’s affinity for music apparently runs in the family, as his mother was a piano teacher back in the day.

He’s been playing and performing music since his junior high school years,when he played the trombone.

He initially planned on becoming a music teacher, but then reality struck.

“My second child came along and I had to make a living, so I decided not to teach music,” he said. “Now that I’m retired, I’m doing what I’ve always wanted to do. I was also a music director at a ministry for about eight years back in the 80s.”

Regarding the chance of running for an elected office again, Schinhofen summarily dismissed that notion.

“I have no desire to run and I don’t plan on running for office,” he said. “I can’t imagine a scenario for me to be in political life again. County commissioner was the only office I ever ran for and it was the only one I planned to run for. I’m just trying to take care of my health and take care of my kids and grandkids. Life is short.”