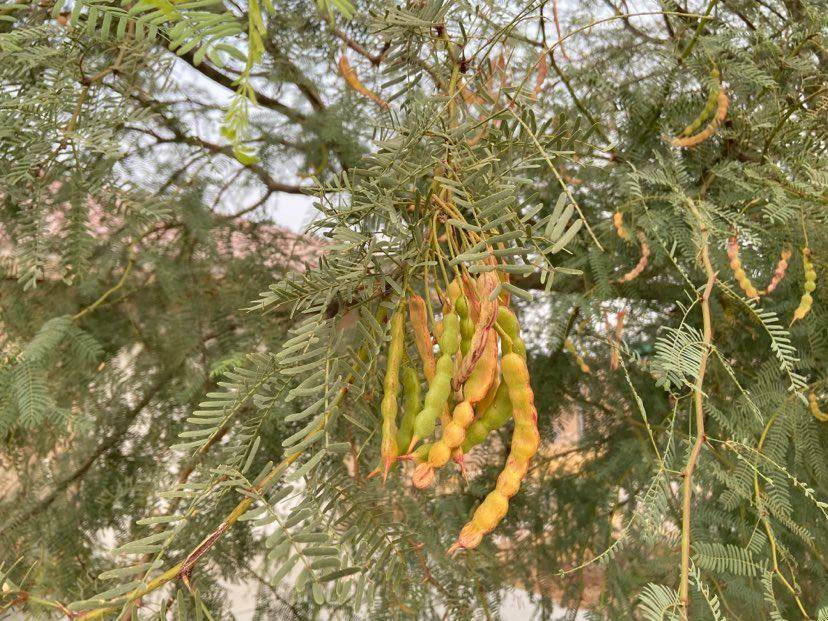 Terri Meehan/Special to the Pahrump Valley Times Velvet Mesquite pods slowly change from hues of light green to light brown as their pods harden in the desert sun. 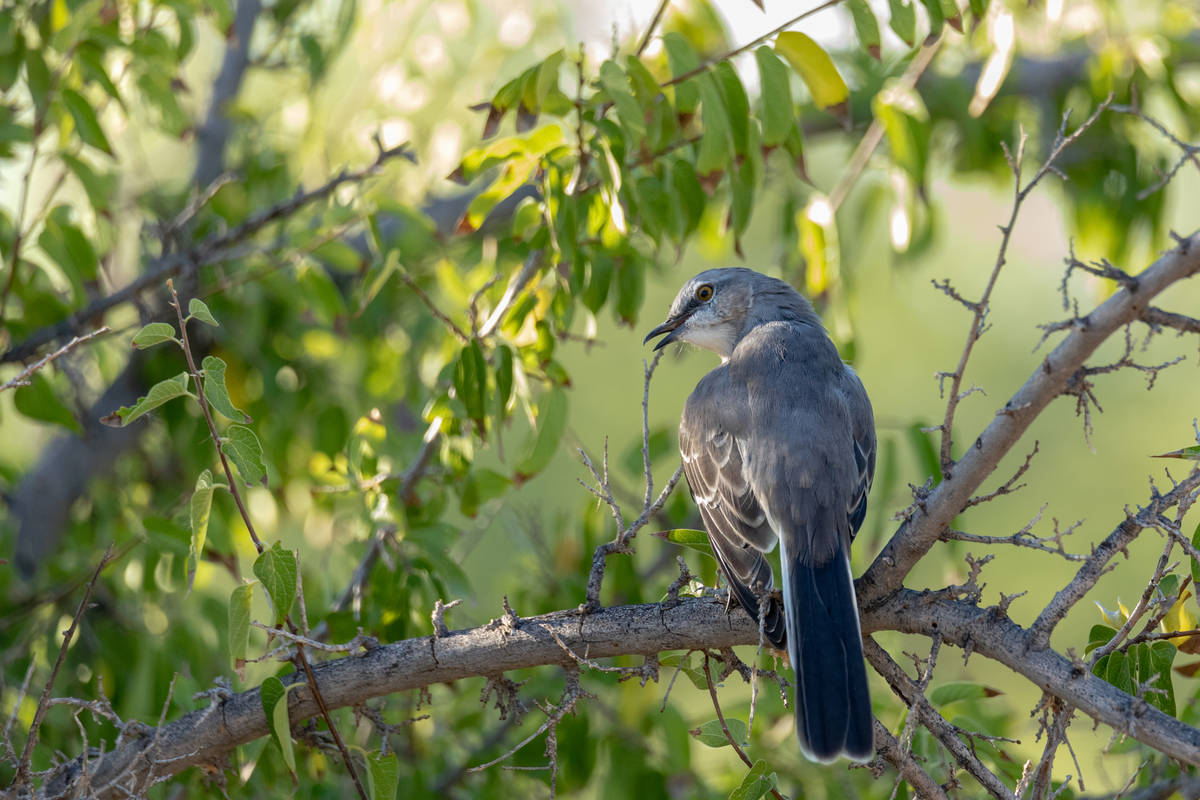 A few years ago, I had the pleasure of attending the annual Mesquite pancake breakfast hosted by Great Basin Permaculture (now disbanded) in Las Vegas.

Mesquite flour pancakes was just one of the delicacies served that day. On the menu was also Mesquite pod coffee and Mesquite bean jelly. Inspired by what I learned at that event, I picked and filled a small bag full of ripe Mesquite pods from a tree in a park.

This took place just a few weeks before I moved to Pahrump and ultimately the bag of beans was left in my trunk and forgotten about. Eventually, the trunk was cleaned out and the small bag of beans must have been spilled onto my driveway. That year we had a measurable amount of rain, and while the desert enjoyed a breathtaking superbloom, a Mesquite tree sprung up between the rose bushes growing next to my driveway.

I considered removing the tree out of concern about its proximity to my driveway, but when I looked at other Mesquite trees growing in the valley, I realized that many of them grow in parking lots surrounded by cement and asphalt, where they do not seem to be disturbing the structures. From these observations, I decided to take a risk and leave the tree, pruning it as it grew to keep it from taking over the driveway.

You might be asking yourself why I would do such a thing. The answer is simple, trees are hard to grow in the desert. If I am fortunate enough to have a tree, especially a tree as beneficial as Mesquite, plant itself, I am going to be very hard-pressed to remove it. If you have not heard about Mesquite and all the wonderful things it has to offer us, you are in for a delight.

Why you should plant Mesquite

Mesquite beans are a great source of protein. There are several varieties of Mesquite with edible pods. One variety that grows well in our area is Velvet Mesquite (Prosopis Velutina). This variety of Mesquite is fast growing and can reach heights of 15 feet or more.

Mesquite trees are drought tolerant and rarely need to be watered. I’ve never watered my Mesquite tree, but it does receive runoff from the roses nearby. They have thrived in the shade of the tree, which has far outgrown them. Shade is yet another benefit that Mesquite trees provide for plants and animals alike.

The blossoms can be picked and made into tea. When ripened and dried, its long, light brown pods can be turned into a wide variety of food, including Mesquite flour. Cooked pods can also create a product that is similar to molasses.

Mesquite also serves as food and habitat for native bird species and pollinators. On a typical morning in my tree, I often see mourning doves, hummingbirds and songbirds of various species taking a rest in the tree. It is not unusual to see native mason bees buzzing about the tree collecting pollen from the flowers.

A word of caution

As much as I love Mesquite, and I would love to see it grown by many more people, there are a few items of caution that you should take note of.

Mesquite trees are notorious for establishing very deep roots. If planted too close to irrigation and other underground water systems, the roots can grow into them and cause damage. Mesquite should be watered deeply but infrequently. If watered too frequently, loose roots can form and the tree could be toppled by a strong wind gust.

Perhaps the biggest deterrent for most people to growing Mesquite is the extremely sharp thorns on the young growth. The easiest way that I find to deal with that is to prune the growth often when you see it before the branches and suckers become large and hard to deal with. I typically prune twice a year to keep up with the growth. A long thick pair of rose gloves can help with the task.

If you can brave the thorns during the first few years of pruning and shaping the tree, you will reap the rewards with a large, productive shade tree perfectly suited for our dry desert region.