The concert day will be the one-year anniversary of the composer’s death. He passed away last year due to complications of cancer. Melvin worked at Our Lady of the Valley as its music director from 2012 to 2018.

“Two of the last choirs he conducted will sing the tribute,” said Carla Corpin, his widow. “This will be a combined effort from the Waraynon Initiative Network from California and the Our Lady of the Valley Choir in Pahrump. My husband was well known in the Philippines as a composer and when he came to the United States in 2008 he started doing the thing he loved, which was writing church music.”

Carla says the concert is free, but the church will be asking for donations and there will be a 50/50 raffle. Melvin composed over 2,000 musical compositions in his short life and the choir will sing many of his favorite songs.

A master of composition, Melvin lived in Las Vegas and worked in Pahrump, composing music. Like his mentor, Johann Sebastian Bach, he too started music at an early age. By age 5 he was playing the piano by ear and by age 10 he had composed his first song.

Melvin helped found Waraynon Initiative Network after coming to the United States in 2008. The group helps to keep the Waray culture in America alive. Melvin was part of the Waray culture, and its people, who come from the Province of Samar in the Philippines.

When Melvin came to Our Lady of the Valley at the end of 2012, he built the choir to what is today.

“He called the church his second family,” said Carla. “Many of the choir members from Pahrump were at his side when he passed.”

According to his wife, Melvin loved the church and was known as “the Master of Church Music.” One of the reasons for the concert is to get donations so that his music can be published.

“He once told me that when he retired he wanted to move to Pahrump and write music,” said Our Lady of the Valley choir member John Forcht. “He thought the mountains were peaceful and Pahrump was like his second home.”

“I never knew he was famous until one day in 2015 another choir member told me that Melvin was asked to direct a 300-member choir to greet Pope Francis in his native town of Tacloban, which is in the Philippines,” John said.

He said after Melvin had passed, he found out that Melvin had won some awards for his music. According to Internet Movie Data Base, IMBD, Melvin won two Golden Screen Awards and won a Star Award for his musical compositions for two different songs. He composed and arranged music for four movies in the Philippines from 2012-2014.

“My husband loved giving back to the community and this concert is a gift to the town he loved,” says Carla. “Come celebrate and join us for an evening of great spiritual music.”

The author of this article, Vern Hee, is a member of the Lady of the Valley Choir. 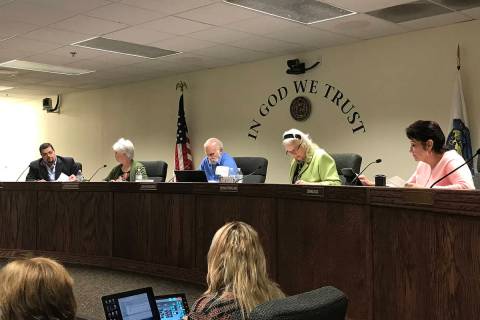