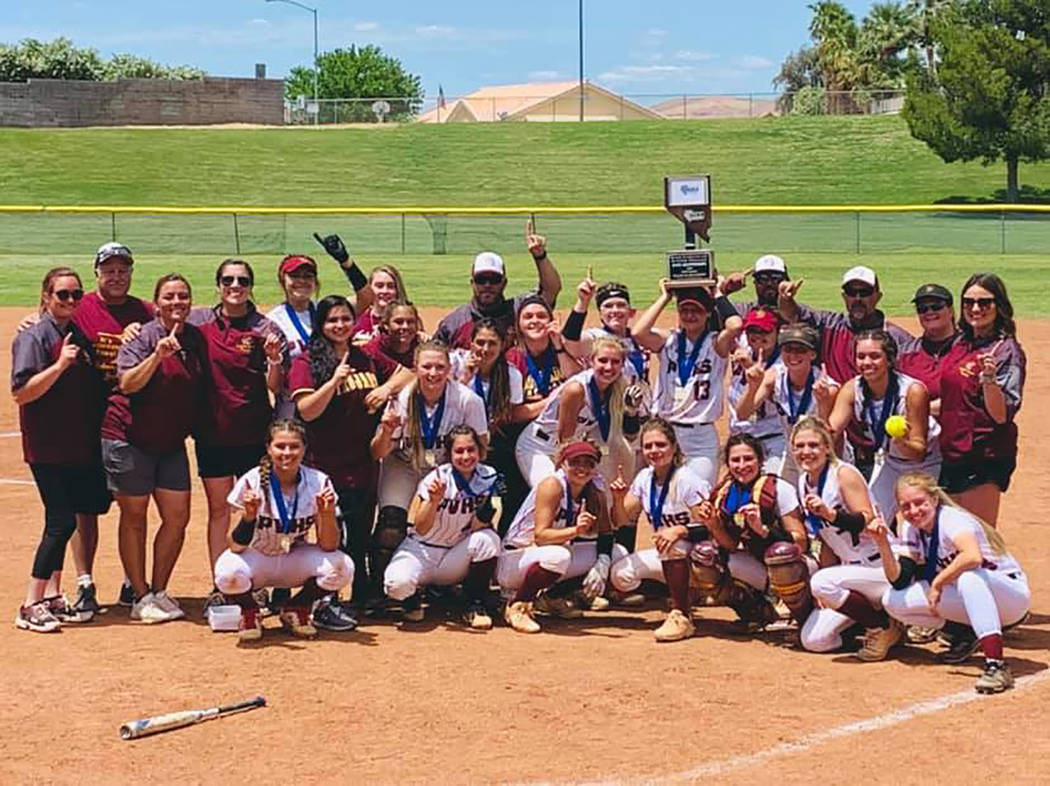 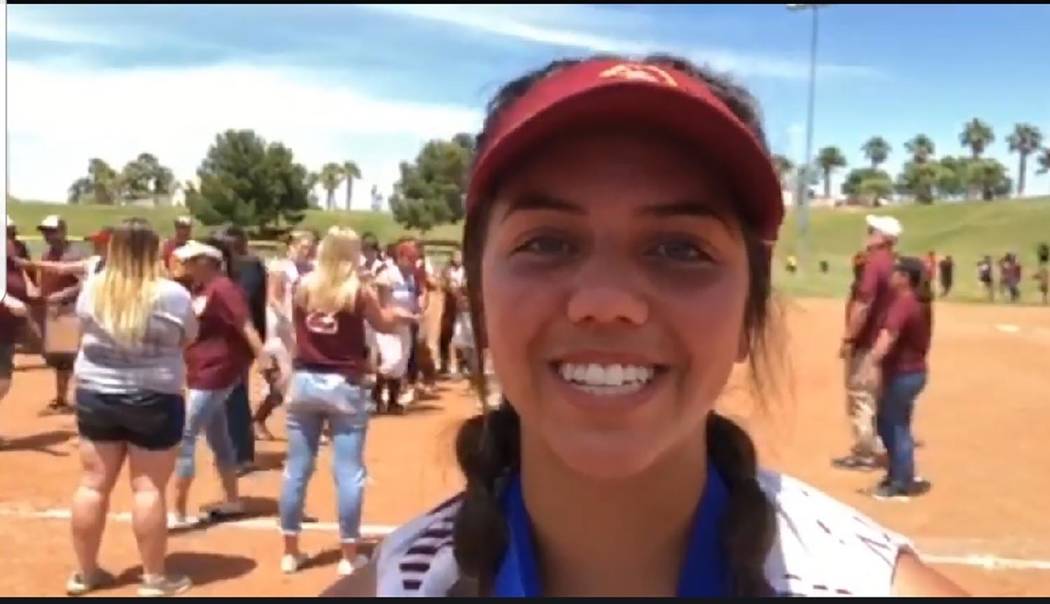 Tom Rysinski/Pahrump Valley Times video screenshot Kaden Cable went 4-for-4 with seven RBIs and scored the tying run in the bottom of the seventh inning. 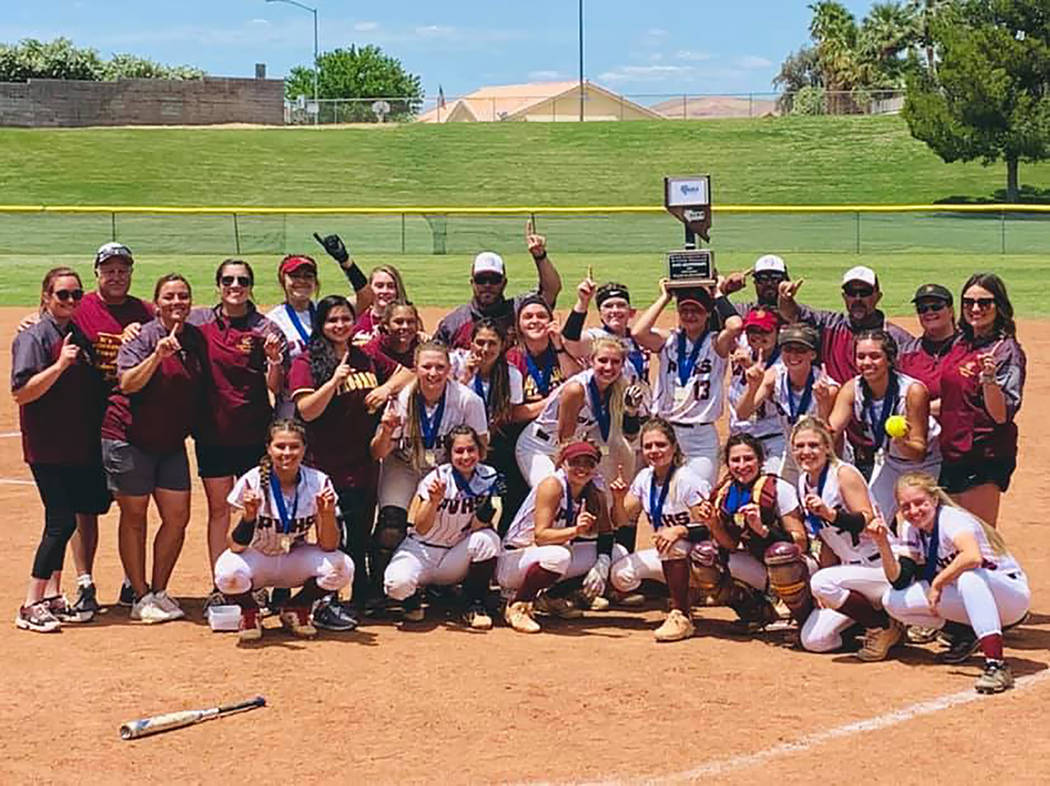 Cable said she didn’t know she’d gotten enough of the pitch to hit it out.

“I knew it was my pitch, but I had no idea it was going to be a home run,” she said. “I could not believe it. I was hysterical (rounding the bases).”

It’s the first state softball title for Pahrump Valley since 2005, when they won their third consecutive championship under Rich Lauver.

“It feels amazing,” Trojans coach Cassondra Lauver said. “It feels so good for the girls and all this work they’ve put in.”

Cable went 4-for-4 with seven RBIs and scored the tying run in the bottom of the seventh inning.

“I didn’t imagine anything like this,” Cable said. “But this is what I’ve been working for.”

“We had some girls come up with some clutch hits,” Cassondra Lauver said. “It was just incredible.”

Kareena Nelson started Pahrump Valley’s half of the eighth inning by reaching on an error, when a hard-hit ball eluded Fernley’s second baseman and Nelson raced to second. Two outs later, Cuellar walked, and Cable homered to end the game.

“That was just incredible,” Cassondra Lauver said. “She has been crushing balls in practice but has struggled a little at the plate lately. She just brought her game today.”

Skyler Lauver was 3-for-5 with a double and two RBIs, and Jackie Stobbe finished 3-for-4 and scored twice for the Trojans.