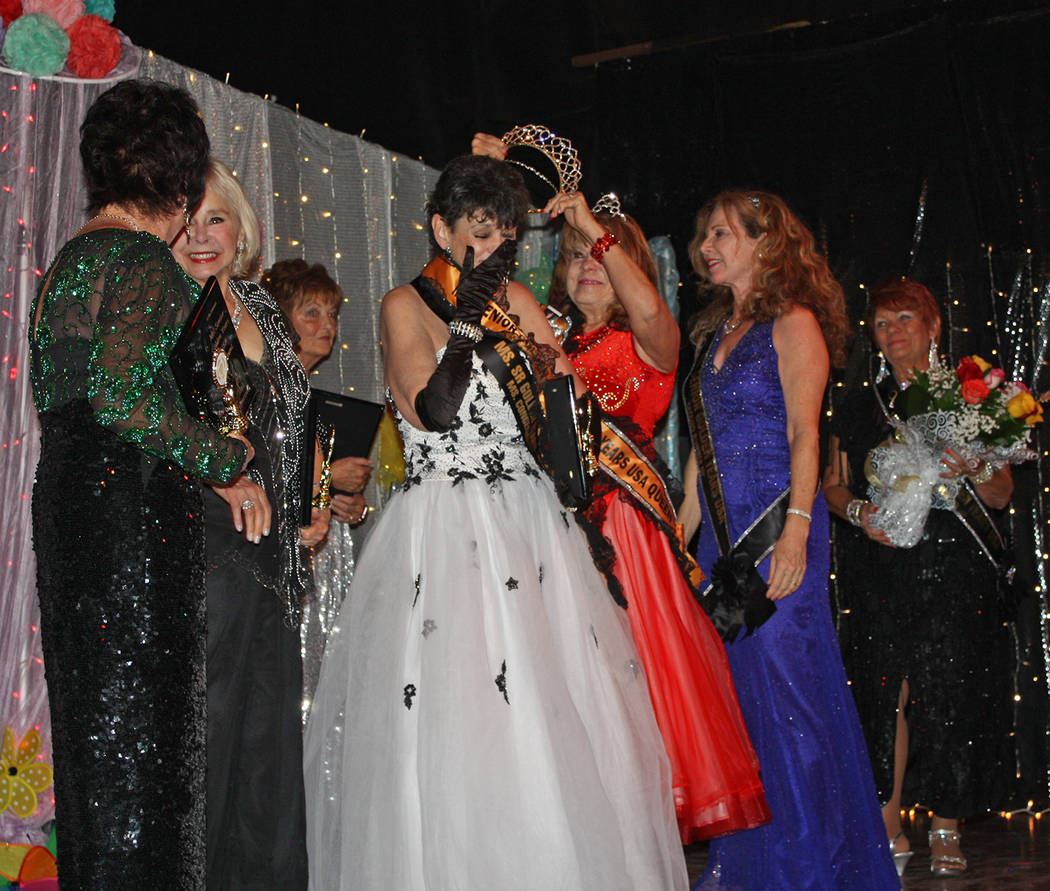 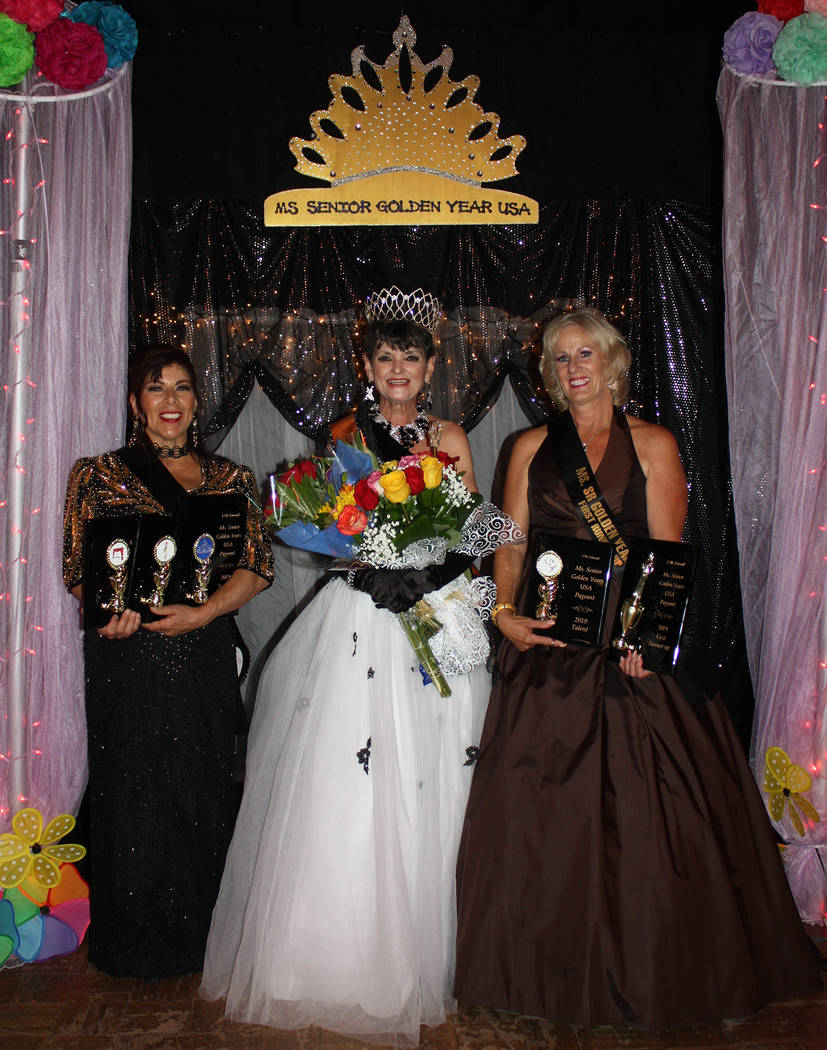 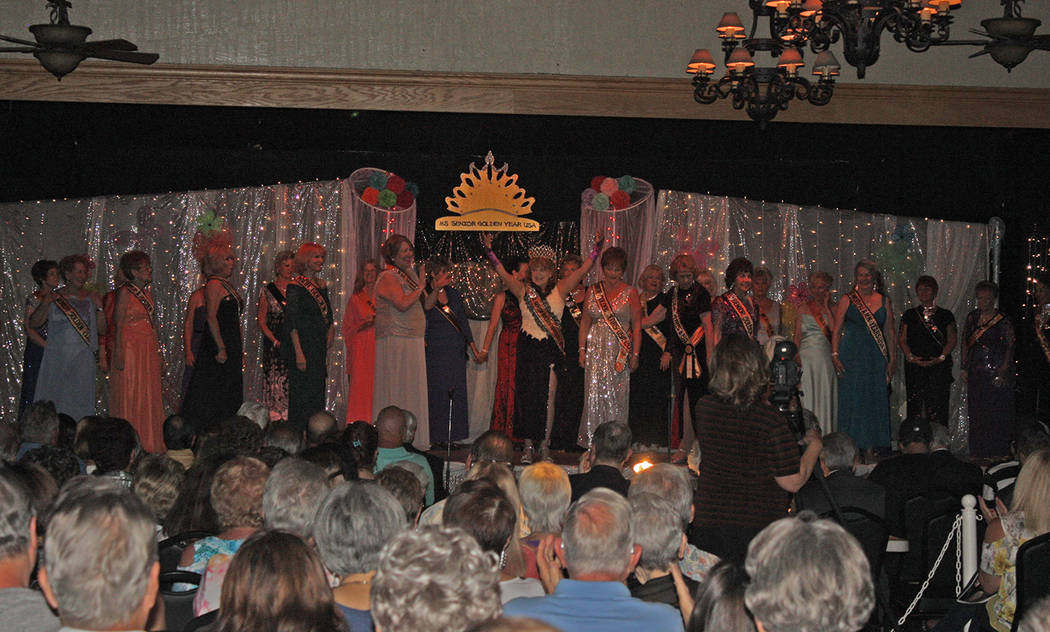 Robin Hebrock/Pahrump Valley Times Many of the past queens and queen's court members came together for a group performance of Everything's Coming Up Roses and the huge audience responded with a rousing round of applause. 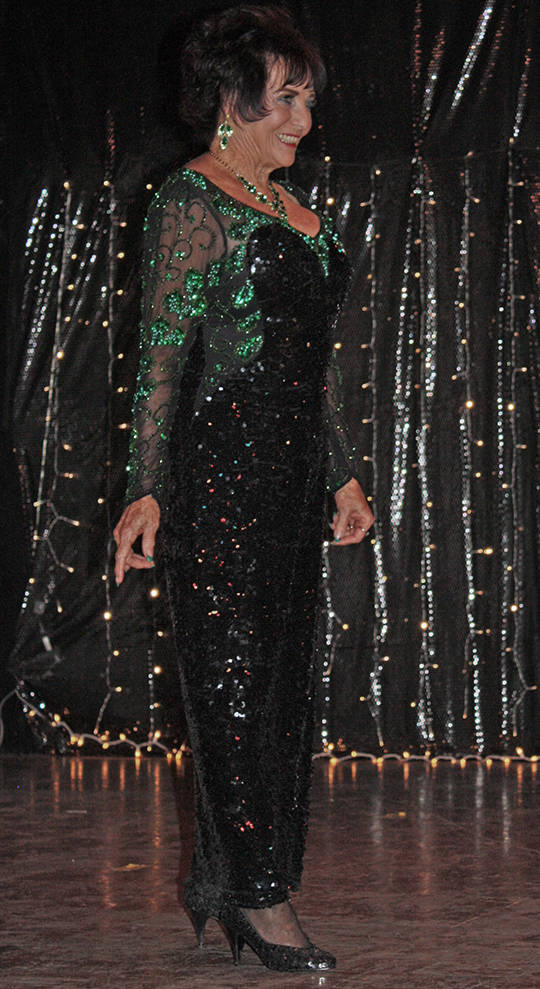 Robin Hebrock/Pahrump Valley Times Marcia Walling was the contestant that experienced the most growth throughout the 2019 pageant cycle, winning the title of Most Improved. 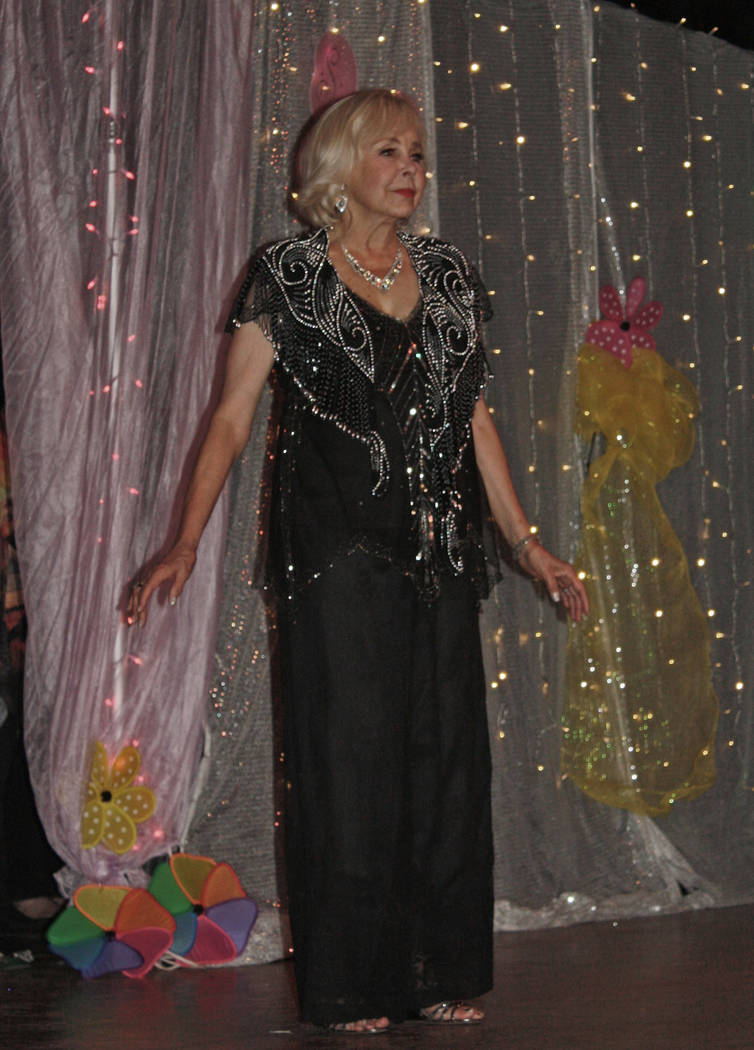 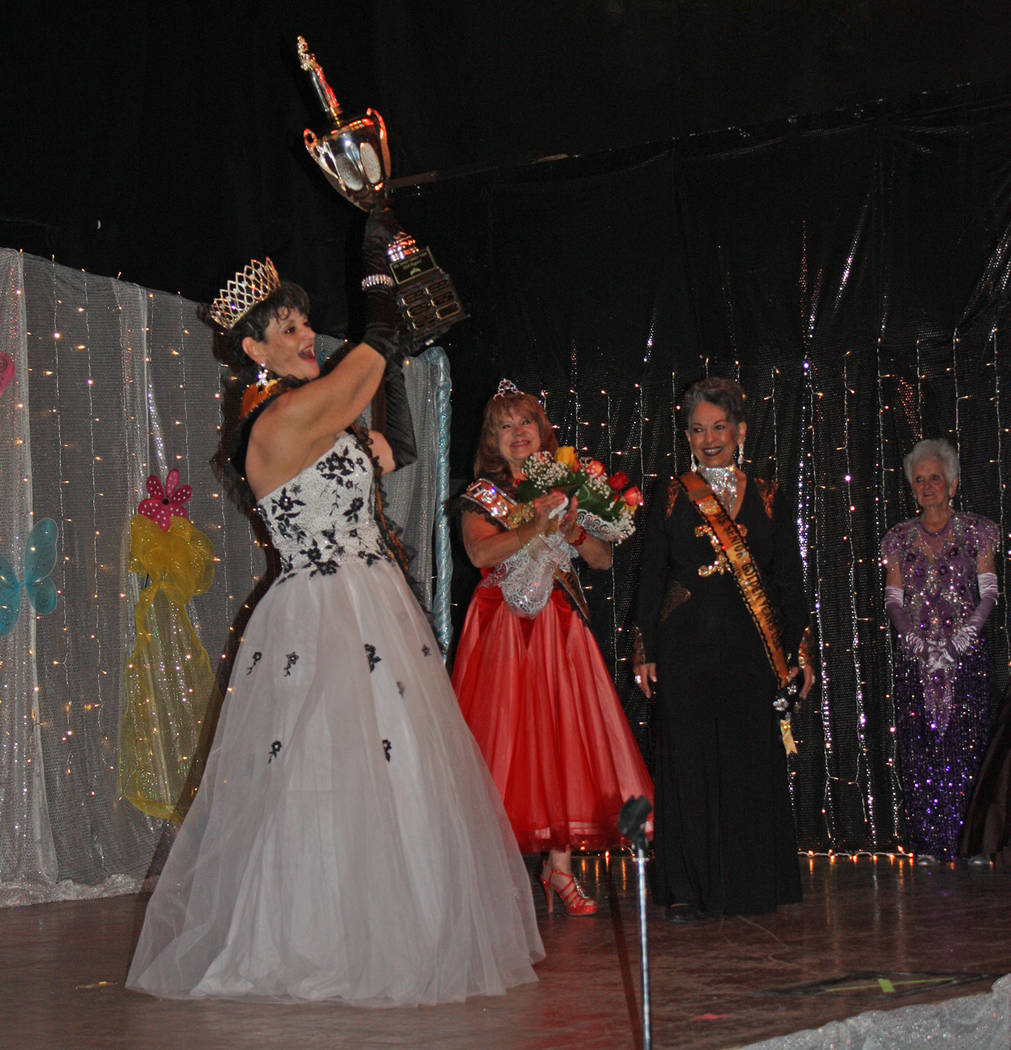 Grace, elegance and poise were on full display as the five lovely ladies competing in the 2019 Ms. Senior Golden Years USA Pageant took to the stage before hundreds of avid attendees inside the Saddle West Showroom.

With courage and refinement, the contestants stood in the bright spotlight and all rose to the occasion, dazzling the crowd and each earning at least one award for their performance on Saturday, June 8.

When all of the judge’s scores had been tallied, it was Laraine Babbitt who was declared the new queen, receiving the crown and the duty of representing Pahrump and the entire Ms. Senior Golden Years organization for the next year. Taking home first runner-up and the duty of stepping into Babbitt’s shoes should she be unable to perform her duties was Carmen Murzyn and Pennie Beccia was awarded second runner-up.

While the naming of the new queen was obviously the most anticipated portion of the night, there were plenty of other titles to bestow that evening as well and the audience was beside itself with applause and cheers as those awards were presented.

Contestant Marcia Walling’s personal journey throughout the 2019 pageant cycle was remarkable, so much so that Walling was honored with the title of Most Improved.

Betsie Sanders wowed the judge’s panel during her private interview, earning herself the top prize in the interview category.

For the bathing suit category, in which contestants all don bathing suits of eras past, Beccia was declared the winner. Her style and charm also garnered her the top award in the stage presence category.

In addition to winning the crown, Babbitt was selected by her fellow contestants for the very special Ms. Congeniality award and she was also chosen for top honors in the platform category. Babbitt’s platform is to create a caregivers’ retreat so that those who are caring for their ill or disabled loved ones have a place to relax, recharge and enjoy themselves. For more information on her platform call Babbitt at 702-409-5462.

Though Babbitt may have won first place for her platform and will be carrying forward with that mission in the coming months, she is not alone. All of the contestants will in fact be pursuing their individual platforms as well. Anyone wishing to get involved or learn more about the contestants’ platforms is encouraged to contact them directly.

For Walling, her focus lay with establishing a place where those suffering with head injuries or those living with victims of head injuries can receive support and share their stories. She can be reached at 801-866-4481.

Murzyn’s efforts will be concentrated on working with Sleep in Heavenly Peace to ensure that all children in Pahrump have a place to lay their head at night and their own beds to sleep in. Contact Murzyn at 775-910-8921.

Sanders, who has a passion for the performing arts, selected supporting Pahrump’s cultural resources, with plans to help talented students with the guidance they need for auditioning, performing and obtaining scholarships. Sanders’ number is 775-727-1776.

Beccia is aiming her attention at helping those with debilitating conditions, such as cancer, multiple sclerosis and arthritis by providing them with therapeutic massages to help alleviate their pain. Beccia can be reached at 702-373-7252.

The Ms. Senior Golden Years pageant is a massive undertaking and the efforts of dozens of people come together to create the successful event each year.

Special thanks were extended to the performers, who kept the crowd entertained between pageant segments, including the Las Vegas-based vocal group the Unicorns, featured singer Bill Watson, pianist and singer Michael Spandoni and professional singer, actress and model Carly Richardson.

Appreciation was also expressed for coordinator and choreographer Kim Cornell Lyle, Master of Ceremonies Steve Elliott and the three judges, Nate Tannenbaum, Audrey Johnson and Alan Mann. Organization members expressed enormous gratitude for those who lent a hand with everything from stage preparations to lights, music and so much more as well, along with the contestants themselves, without which there would be no pageant.