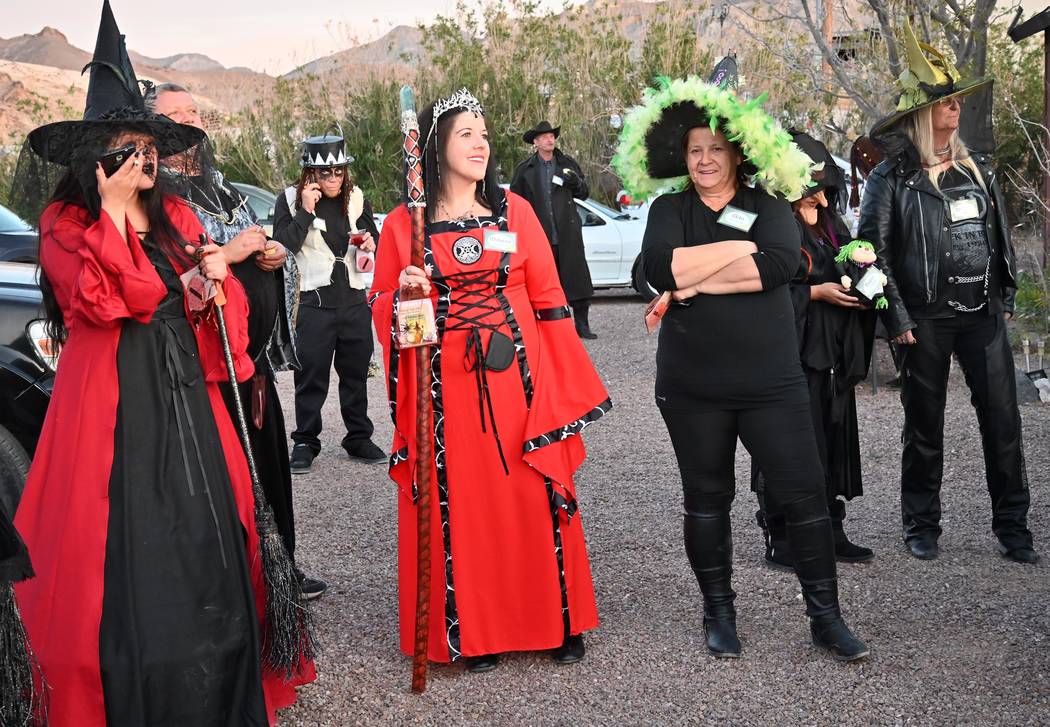 Richard Stephens/Special to the Pahrump Valley Times The annual Witches Walk in Beatty attracted over 80 participants, most in hand-made costumes. 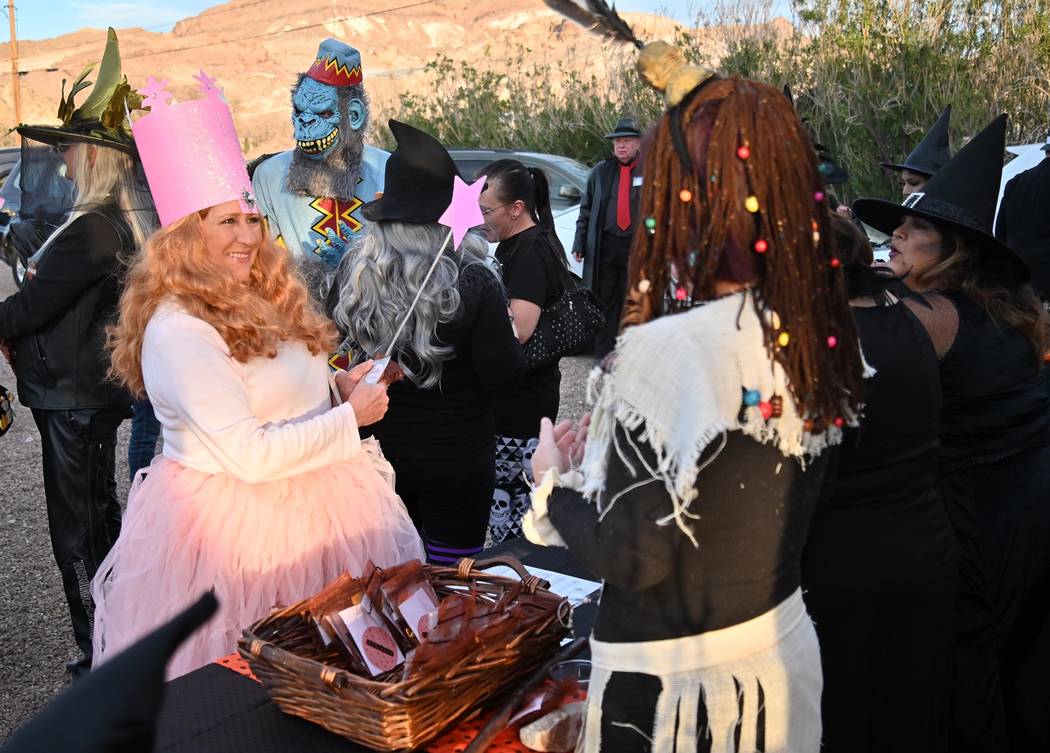 Richard Stephens/Special to the Pahrump Valley Times A "good witch" signs in at the table where they received their witch names, at the annual Beatty Witch Walk, Oct. 19. 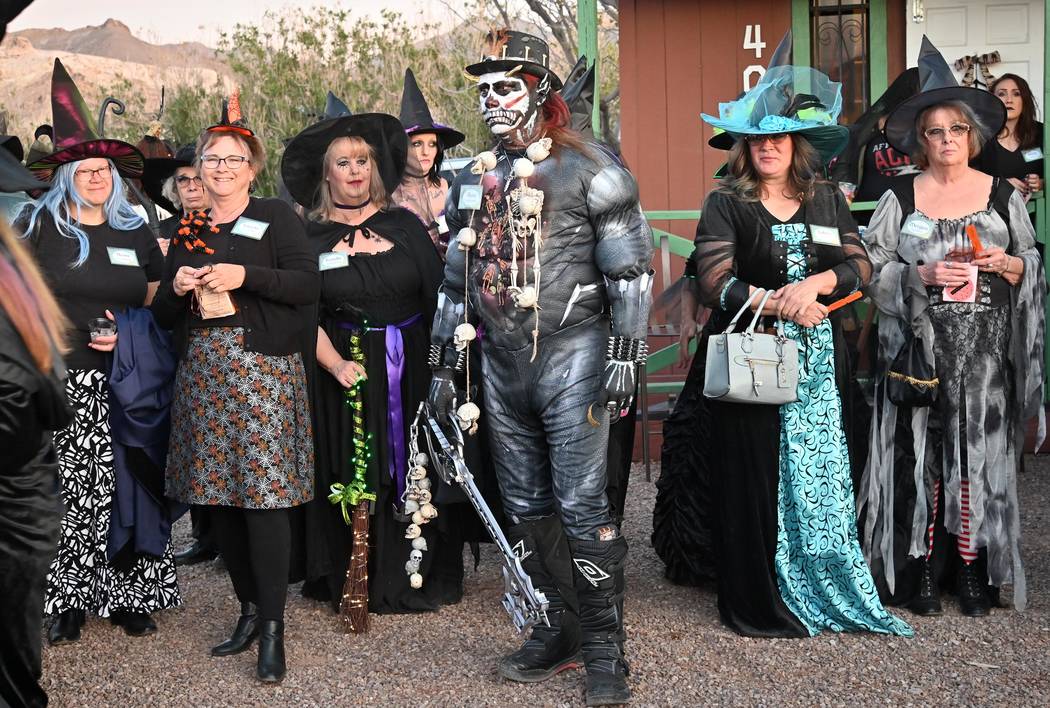 Richard Stephens/Special to the Pahrump Valley Times Witches and a warlock gather in front of Studio 41, who sponsored the annual event, which took place on Oct. 19.

Richard Stephens/Special to the Pahrump Valley Times A group photo is taken in front of the Beatty Museum. Over 80 witches and warlocks participated in the annual walk.

The event, which was originally conceived as a women’s affair, drew a few men last year and even more this year.

Upon arrival, participants were signed in and given tags with their witch or warlock names. They were also entered into a drawing for a selection of prizes.

From Studio 401 the group walked to the nearby Beatty Museum, where they signed in and enjoyed a selection of snack foods. They then continued on through the town, from one establishment to another, where they continued to partake of drinks and food.

This year three float trailers were provided so that many of them were able to ride rather than walking.

Some of the costumes were totally or mostly hand made. Others came from Halloween stores. Plenty of creativity was in evidence. One witch’s broom, for instance, was equipped with a bicycle seat and bell.