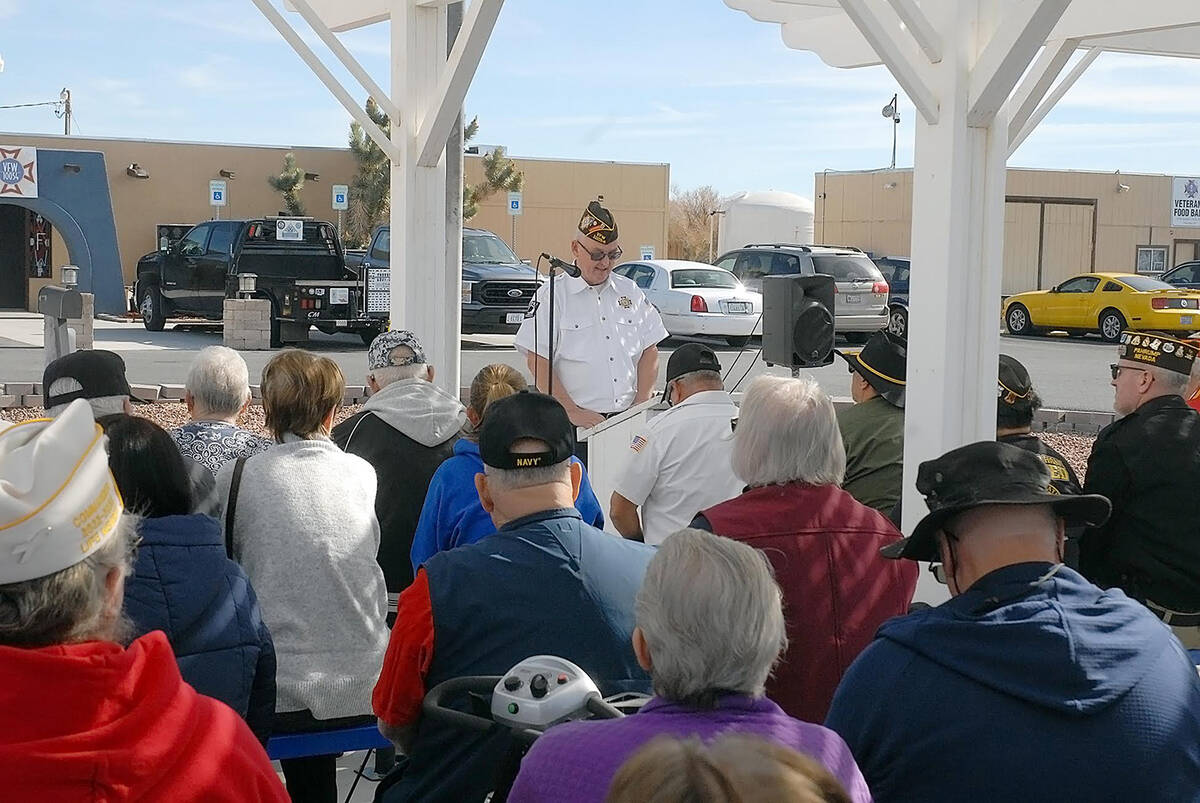 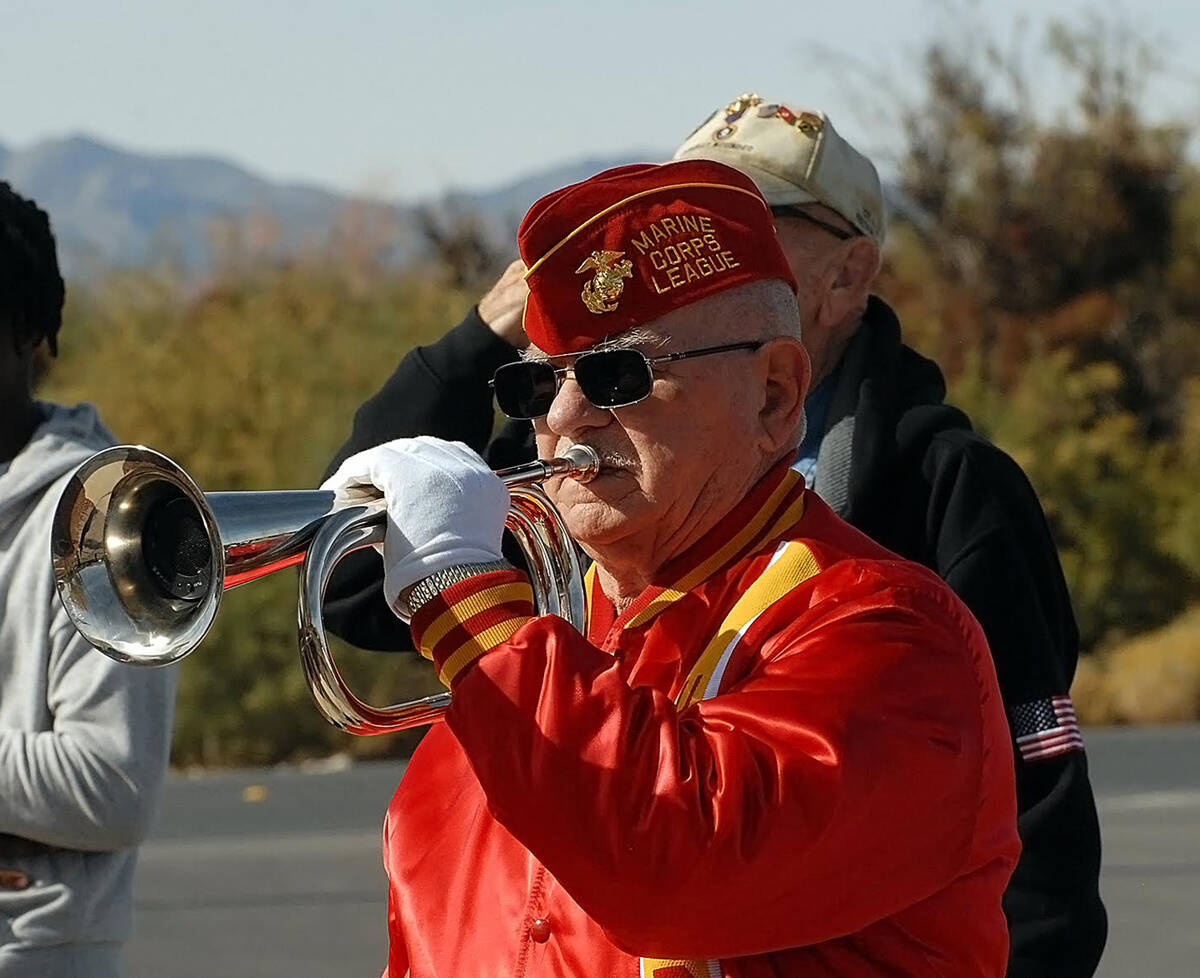 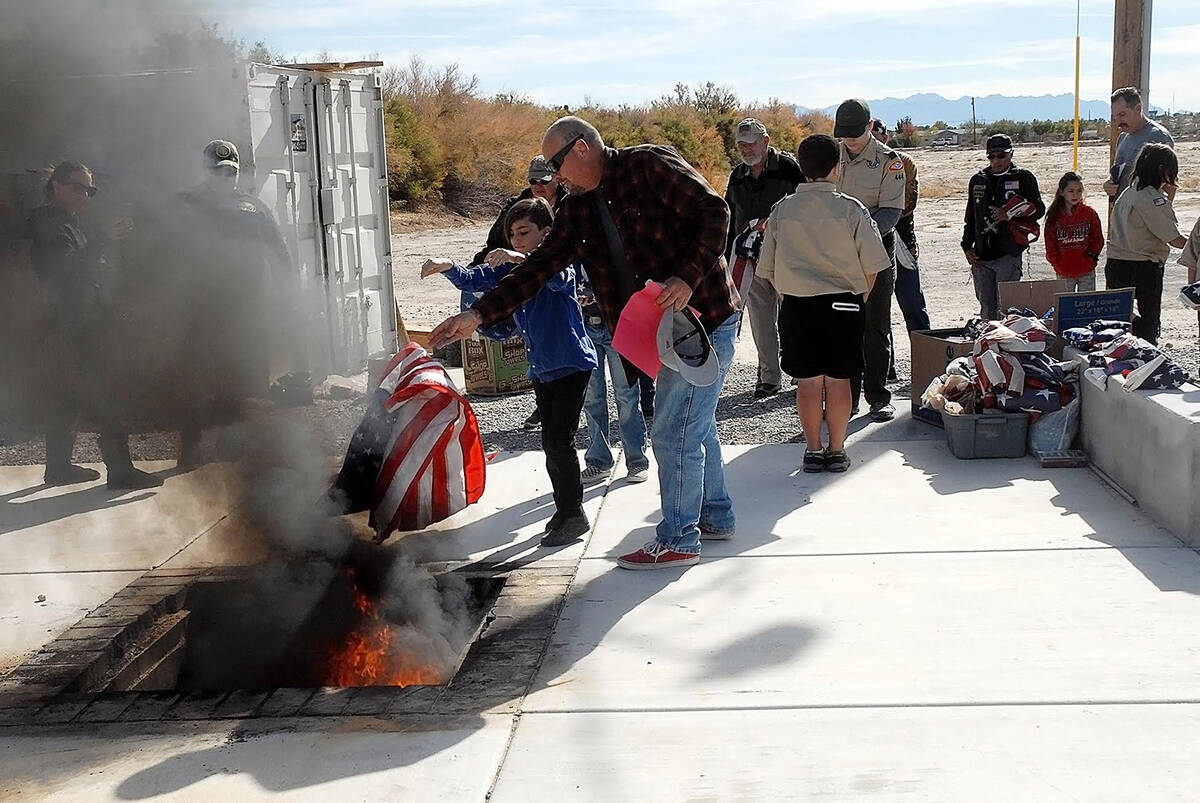 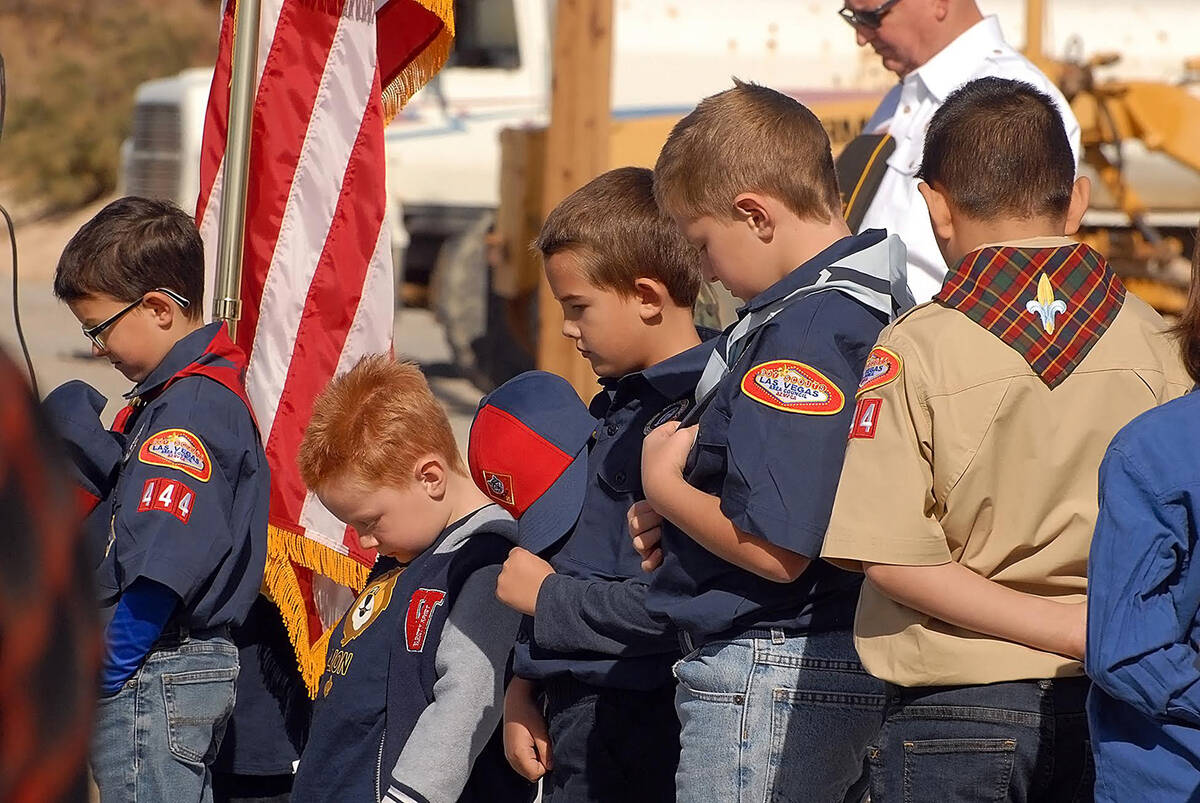 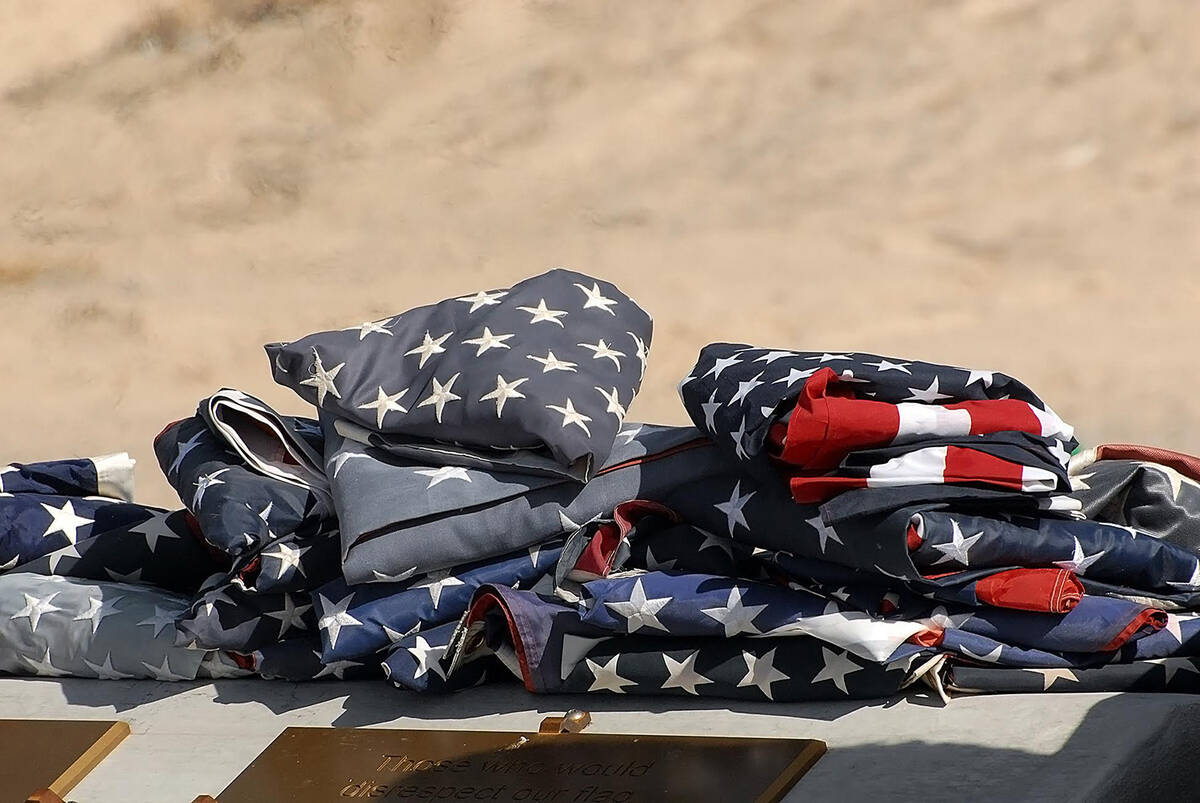 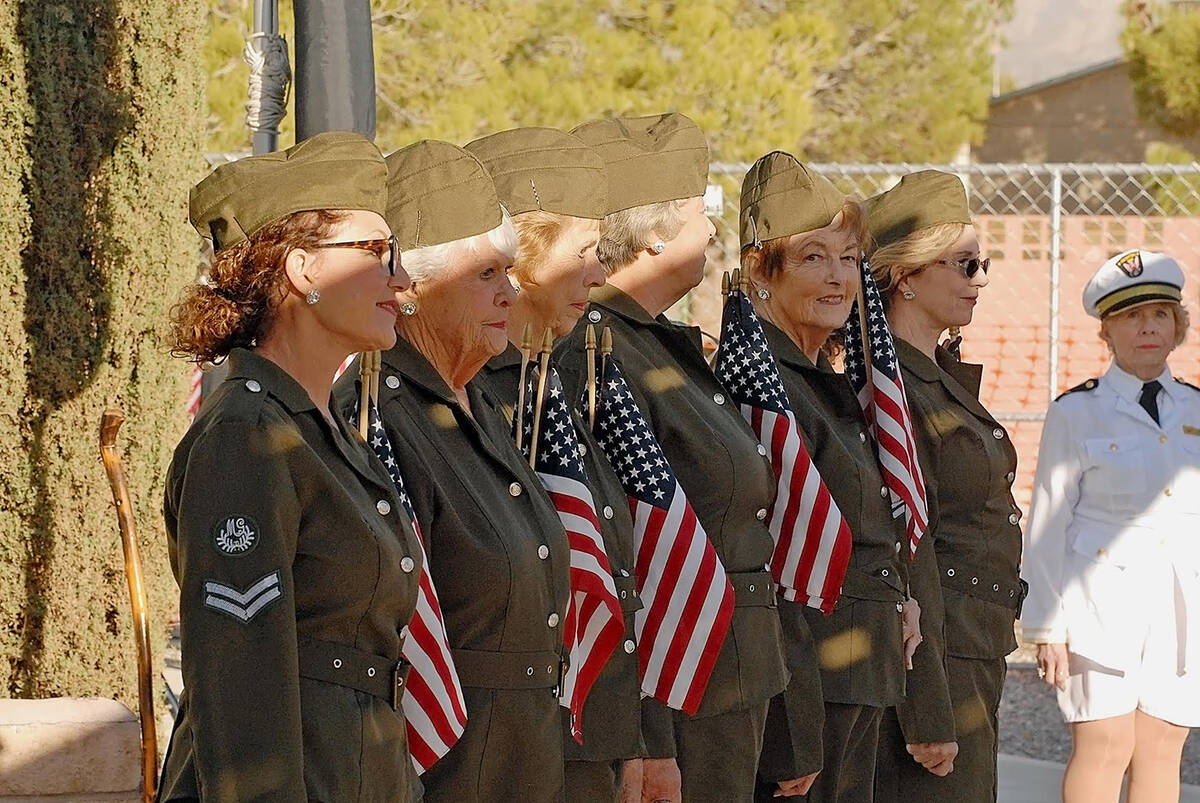 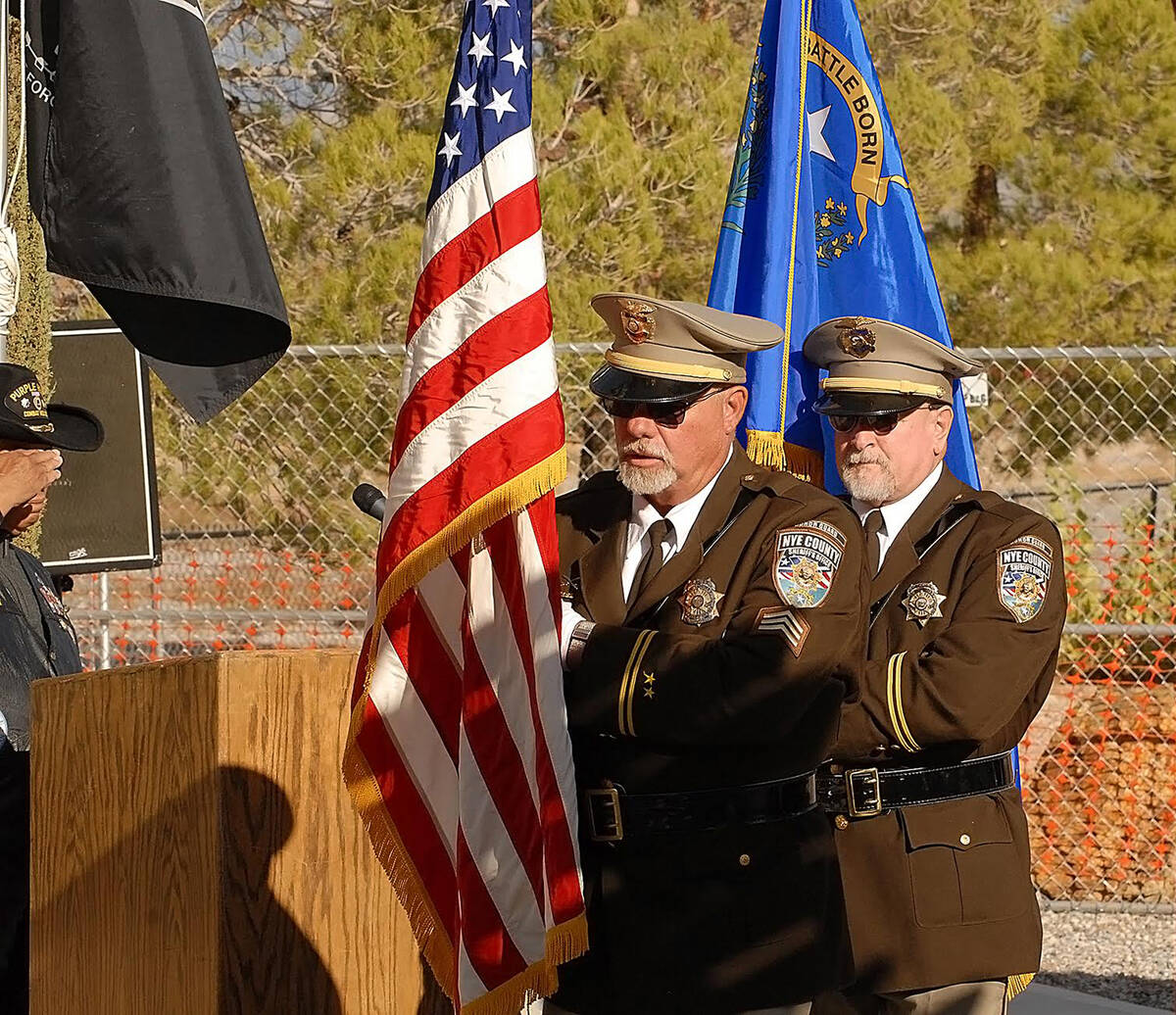 Veterans Day is more than just a holiday marked on the calendar. At its core, it is a day that is meant to prompt deep reflection upon the sacrifices that the men and women who have served this country have made and one to inspire recognition for those who have given of themselves in the protection of freedom.

Here in the Pahrump Valley, where thousands of former military service members call home, Veterans Day is always marked with proper ceremony thanks to the efforts of local veterans’ groups, the Veterans of Foreign Wars Post #10054 and the Disabled American Veterans Chapter #15. These organizations, often with the assistance of Marine Corps League Detachment #1199 and American Legion Post #22, regularly hold services on days dedicated to members of the U.S. military, and Veterans Day is no exception.

This year, the VFW Post #10054 played venue for a Veterans Day service hosted by the Marine Corps League. Kicking off at 10 a.m. on Saturday morning, the ceremony included remarks from various post and corps officials as well as a special Purple Heart Flag Raising, specifically to salute those who have been injured or died as a result of their service to country.

Following the Veterans Day ceremony, Boy Scouts and Girl Scouts assembled behind the post for an official Flag Retirement. Per U.S. Code, the American flag, once battered and worn, must be taken down and disposed of in a fitting fashion. Burning is a recommended method of bidding a flag farewell and many dozens of old banners had been collected for the retirement, with all those in attendance able to assist in placing them in the flames.

The DAV’s Veterans Day Observance took place later that afternoon, beginning at 2 p.m. at the Pahrump Veterans Memorial inside the Chief Tecopa Cemetery. DAV Chapter #15 Commander Bill Dolan welcomed the assembled crowd before turning it over to Dr. Tom Waters, who took on the role of master of ceremonies.

An invocation was followed by the presentation of the colors by the Nye County Sheriff’s Office Honor Guard and a recitation of the Pledge of Allegiance by all who had gathered. Deputy Greg Curtain was once again at hand to sing the “Star-Spangled Banner”, after which Nye County Sheriff Sharon Wehrly was invited to speak.

The ceremony continued with additional remarks from Nevada Assemblyman Greg Hafen II, the ID Tag ceremony, the wreath ceremony and a reading of Wars-Students by Linda Wright. The Nevada Silver Tappers, led by founder B.J. Hetrick-Irwin, performed a patriotic dance routine for the audience. Hetrick-Irwin was in for quite a surprise as well, with Waters inviting her up to receive a special badge of honor, commemorating her promotion from honorary major to honorary Lt. Colonel.

The final speaker of the afternoon was Lt. Col. Patrick Nary and the event concluded with Rotarian Phyllis Howell singing “God Bless America”, a closing prayer and “Taps”.