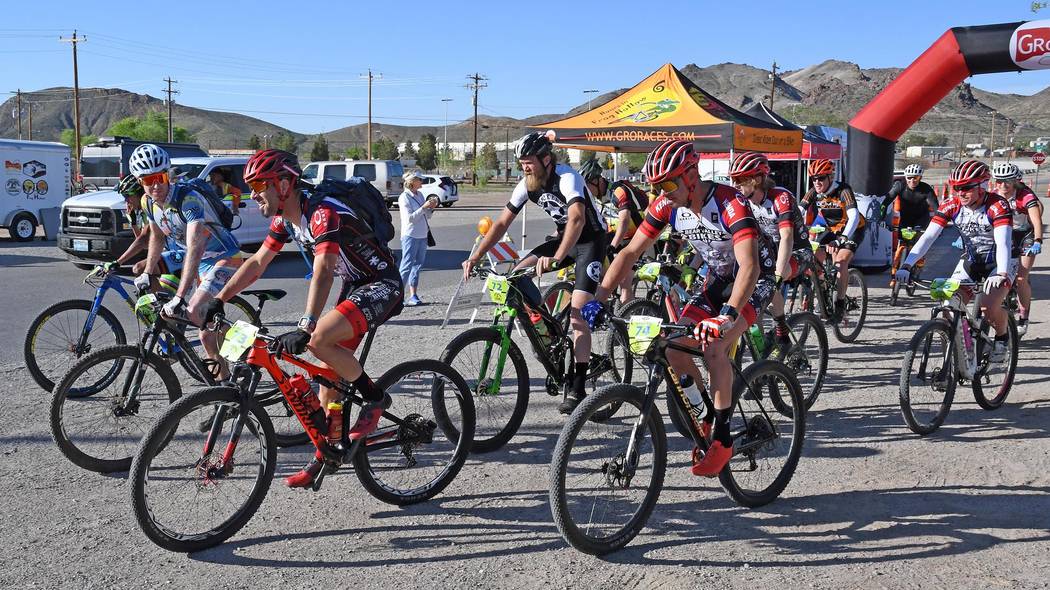 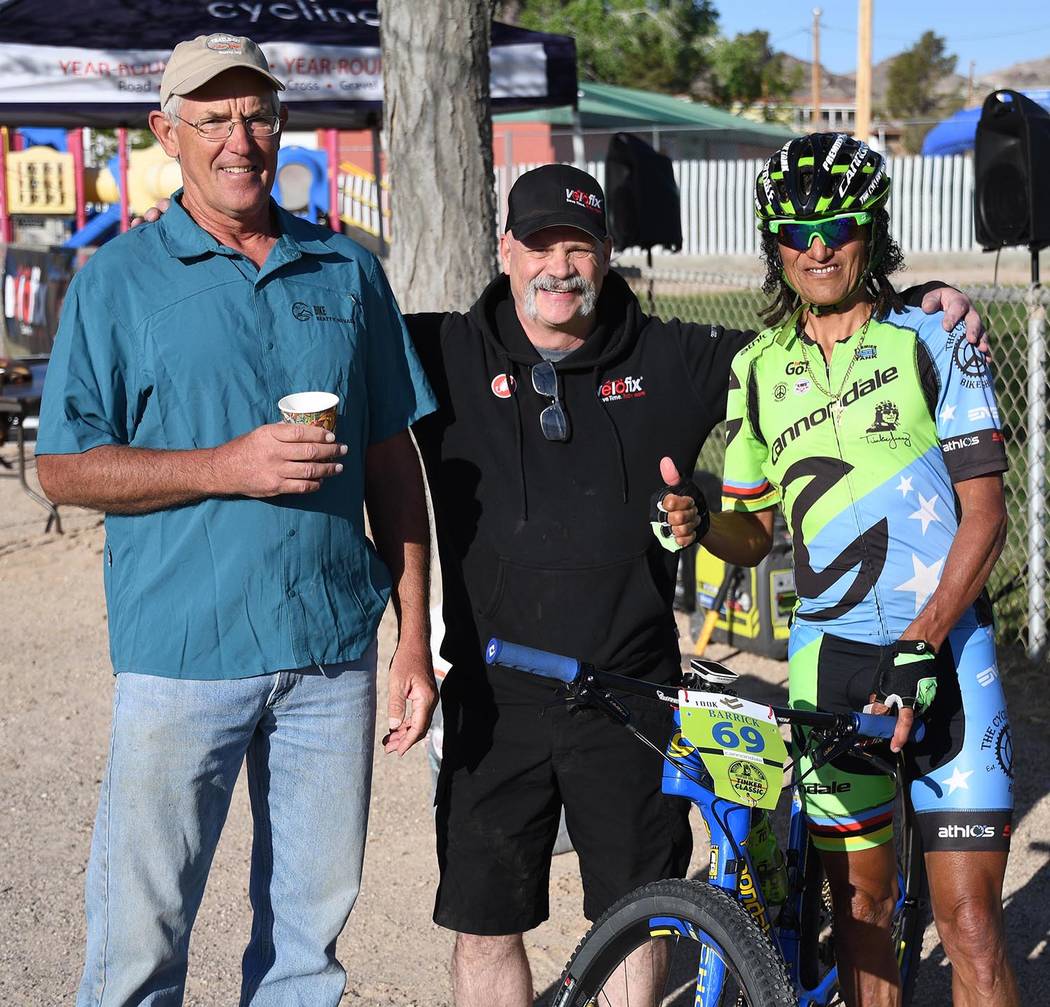 Richard Stephens/Special to the Pahrump Valley Times David Spicer, Tracy Fossen and Tinker Juarez before the start of the 100-kilometer race of this year's Tinker Classic in Beatty.

“Build it and they will come.”

No one in Beatty has a cornfield for building a “Field of Dreams.” But there is Oasis Valley and plenty of interesting desert for building facilities for off-road and outdoor recreation, and there are those who have been doing just that.

Most of this development has taken place just north of town. There, David Spicer has used his ranch as the base for a system of some 50 miles of mountain bike trails that also can be used for running and hiking.

This April the ranch hosted its third running of the Tinker Classic, a two-race mountain bike event named after and featuring former Olympic athlete Tinker Juarez. (Juarez won the 100-kilometer race, while John Day, from Las Vegas, took the 60k). The very next weekend it was used for a series of runs by ultimate marathon runners from Las Vegas, and on three dates earlier this year, it was the venue for races sponsored by the National Interscholastic Cycling Association.

The participants in these events usually bring their families along, and many of them camp in a grassy, park-like area that includes restrooms, shaded picnic tables, an outdoor stage and facilities for serving food.

The ranch also includes other outdoor areas, including large grassy pasture, that have been used for Tough Mudder competitions, regional Burning Man events, Boy Scout Mountain Man Rendezvous and more. In March it was used for search-and-rescue training for groups from Pahrump, Tonopah and northern Nevada.

The various events at Spicer Ranch bring a lot of people to Beatty, but Spicer hopes that they also will acquaint participants, their families and friends with the town and its recreational opportunities so they will want to come back on their own.

“In any given week, they might say, ‘Let’s go to Beatty and go riding,’” Spicer said. “It’s getting us on a list of things to do.”

Making Beatty a destination beyond just scheduled events is also the goal of Karl Olson, principal organizer and developer of the Beatty VFW’s annual poker run.

Although that event is always well-attended and has grown every year, Olson says, “My intention from the beginning was the trails and the guide books.”

The guide books include maps of the trails and information on the points of historical and geological interest along them. People can use them to explore the trails at any time.

“People are coming from out of state to off-road in Nevada,” says Olson, “but they need maps.”

He has worked with others to gather GPS coordinates along the trails, and that information has allowed TerraSpectra to produce a map that can be stored as a digital file.

That file has been shared with the Nevada Off Road Vehicle Association, allowing the map to be posted on their website, and Olson said it also will be available in the GPS system of Polaris ATV’s and on the Silver State website.

Olson said that such mapping has been very successful in bringing off-road enthusiasts to eastern Nevada and that “this will be the first one in western Nevada.”

Eventually the Beatty trail system will be tied into a long-distance off-road route from Pahrump, and maybe even as far south as Tucson, to northern Nevada.

Richard Stephens is a free-lance reporter living in Beatty.