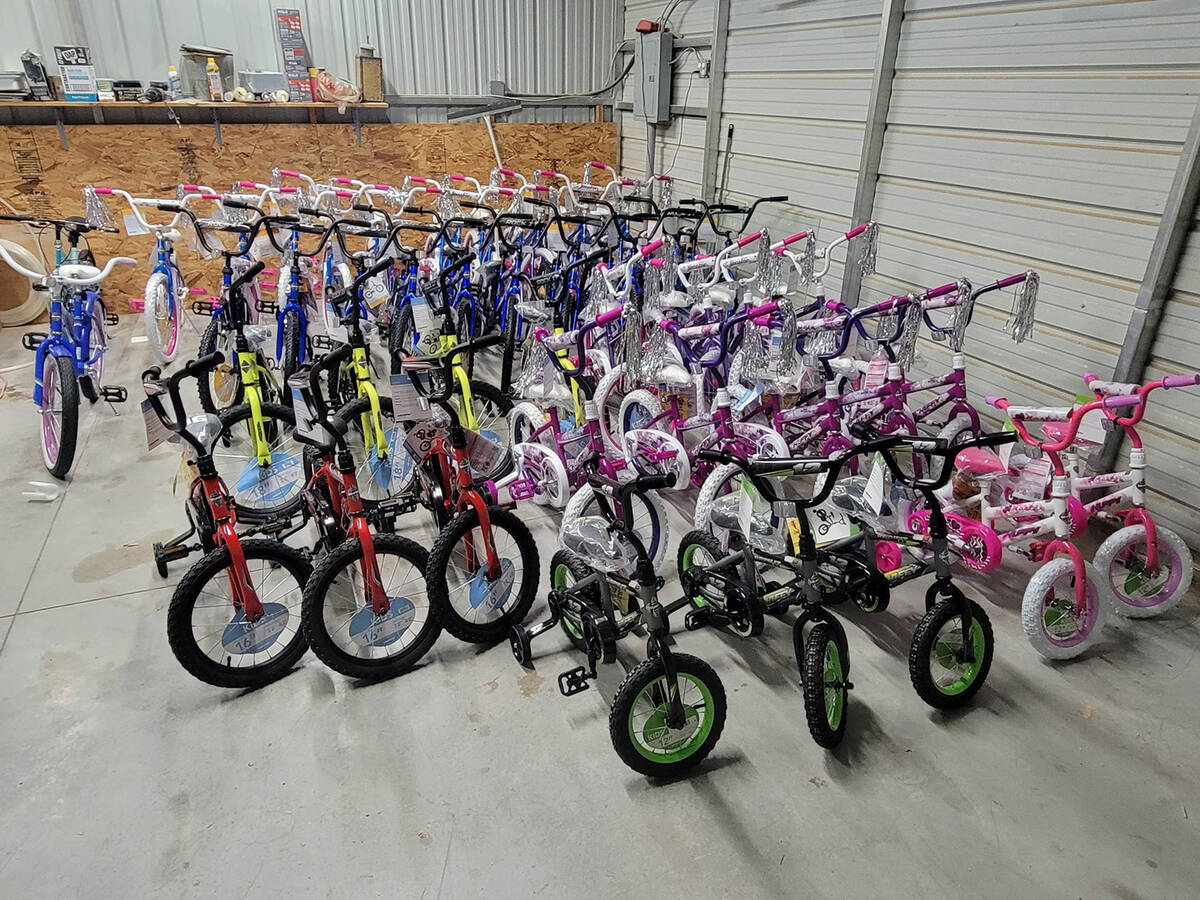 Special to the Pahrump Valley Times Avery Sampson's 3rd Annual Bikes for Christmas drive has brought in around 50 bikes and she is only a few short of her goal of 60 this year. 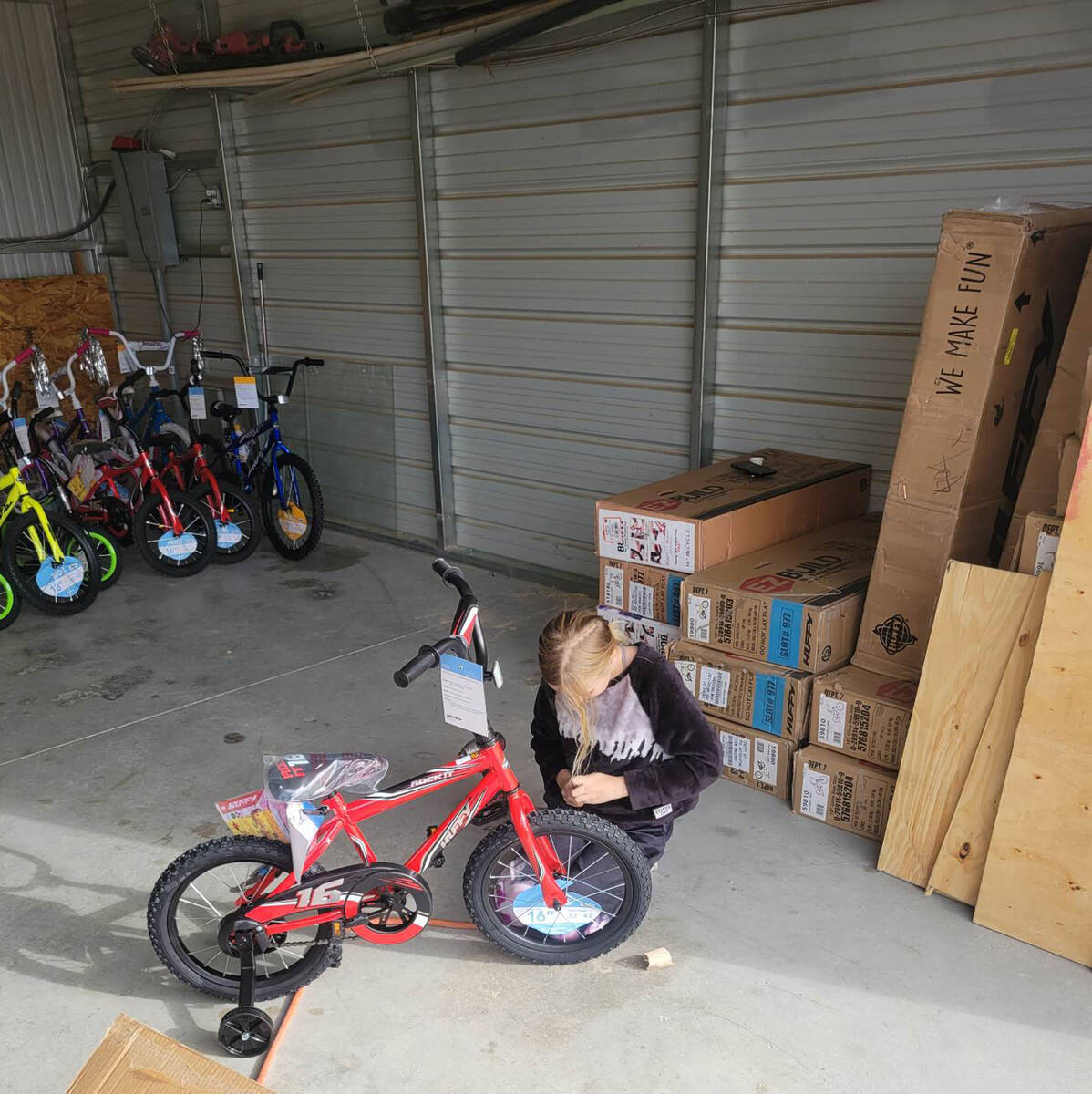 Special to the Pahrump Valley Times Avery Sampson is pictured assembling a bicycle at her home in preparation for the bike deliveries she and her dad will be doing the week before Christmas. 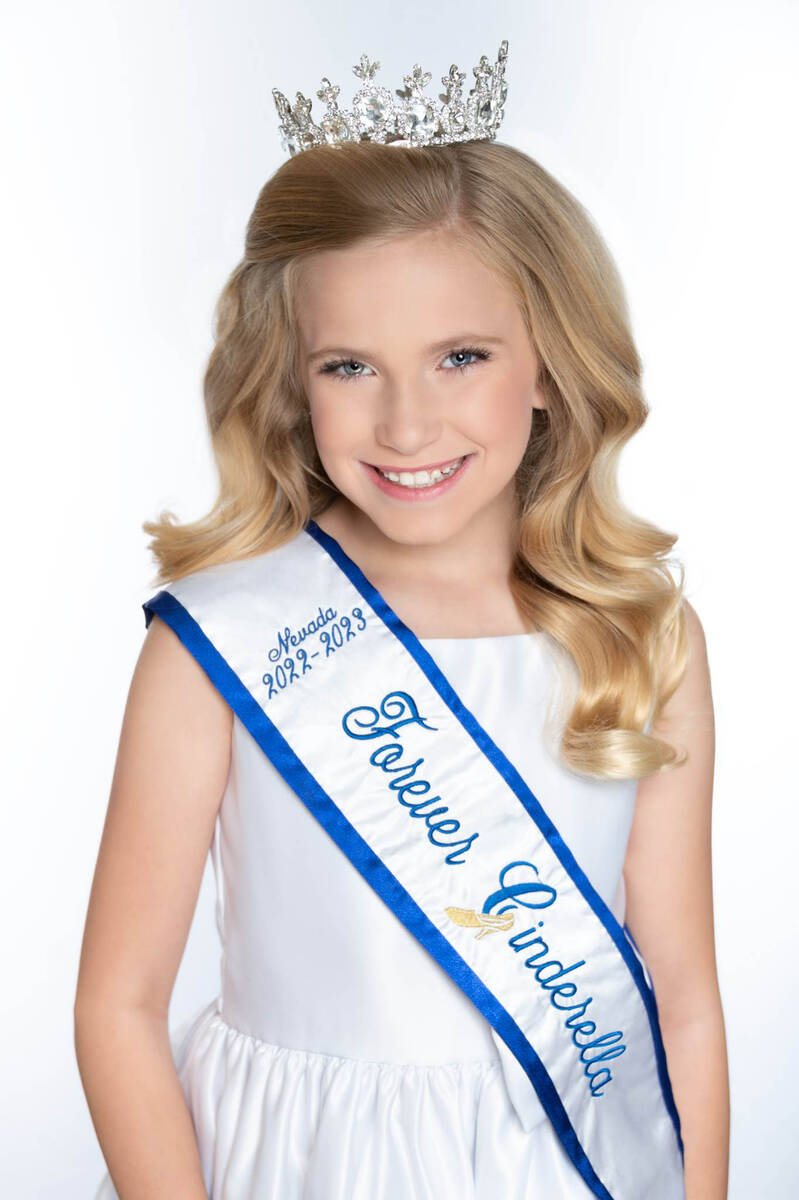 There are many proud parents in the Pahrump Valley but perhaps none so proud as Scott Sampson, whose 10-year-old daughter Avery continues to amaze and inspire him every day.

With a generosity of spirit rarely found in one so young, Avery has spent the last three years giving back to her local community via her Bikes for Christmas fundraiser and she is now nearing the end of this year’s drive. Her goal for 2022 is 60 bicycles in total. She is still a few short of that amount but area residents have the chance to ensure she meets her objective in time for the coming holiday.

“So far, the community and our family members have helped us to get about 50 bikes,” Scott told the Pahrump Valley Times this week. “Right now, we should pass the 54 she did her first year and the 47 she did last year and this weekend will be the final big push for donations. Avery will have a booth out at the 2nd Amendment Guns and Range store on Basin on Dec. 11 to pull in as much in donations as possible.”

At this time, the father-daughter duo are doing well when it comes to bikes for the youngest of the valley’s population but they could use some assistance with full-sized bicycles for older children. Scott noted that they will also accept full-sized, used bikes that are in relatively good condition, which they will then work to refurbish so they can be given to an area youth.

“Even if we don’t have time get them fixed up for this year, we will get them ready for next year or possibly give them to the kids who need them during the year,” he said.

As for how the two find families upon which to bestow these bicycles, Scott and Avery receive email requests and review them to ensure the bikes are going to those who truly need them. There are still bikes available for families this year, with Scott noting, “Especially for younger children up to about age 9.”

Avery’s Bikes for Christmas fundraiser all got its start in 2020, when she was named as Miss Nevada Princess as part of her participation in the Nevada State Cinderella program. One aspect of that program emphasizes the importance of community service and Avery eventually decided that her own platform would be collecting money to buy bikes so she could give them away to other kids in her community.

She started with a fairly modest goal of just 15 bikes but once the word got out, she was able to surpass that amount by quite a large margin.

Then, rather than allowing the effort to fade away after the first year, she has continued to pursue her Bikes for Christmas initiative each year since and she is setting a great example for all of the other young ladies in the Nevada State Cinderella program too.

“As a father, you know I am always so proud of this girl and everything she does,” Scott said, adding, “She has been so excited to be the Nevada State Forever Cinderella Girl this year. Avery loves being the big sister to the younger girls in the Cinderella program!”

Anyone who’d like to request a bike for a child in the Pahrump community can send an email to TheAveryProject2022@gmail.com

Donations can be made directly to Avery at 2nd Amendment Guns and Range on Dec. 11, via her GoFundMe account at bit.ly/3uABeeD or through Venmo at bit.ly/3iBnoWv