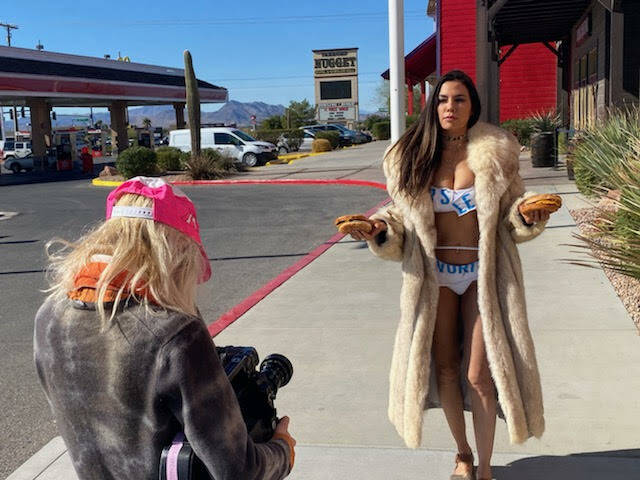 Kathy Corpus, a native of the Shoshone tribe who participates in Pahrump Social Powwows, appears in a new music video from Collapsing Scenery in a white fur coat before stripping down to a bikini and shackles. The music video features many sites from Nye County and tells the story of an obese serial killer who "squishes" his female victims under his massive weight. (Don Devore/Special to Pahrump Valley Times) 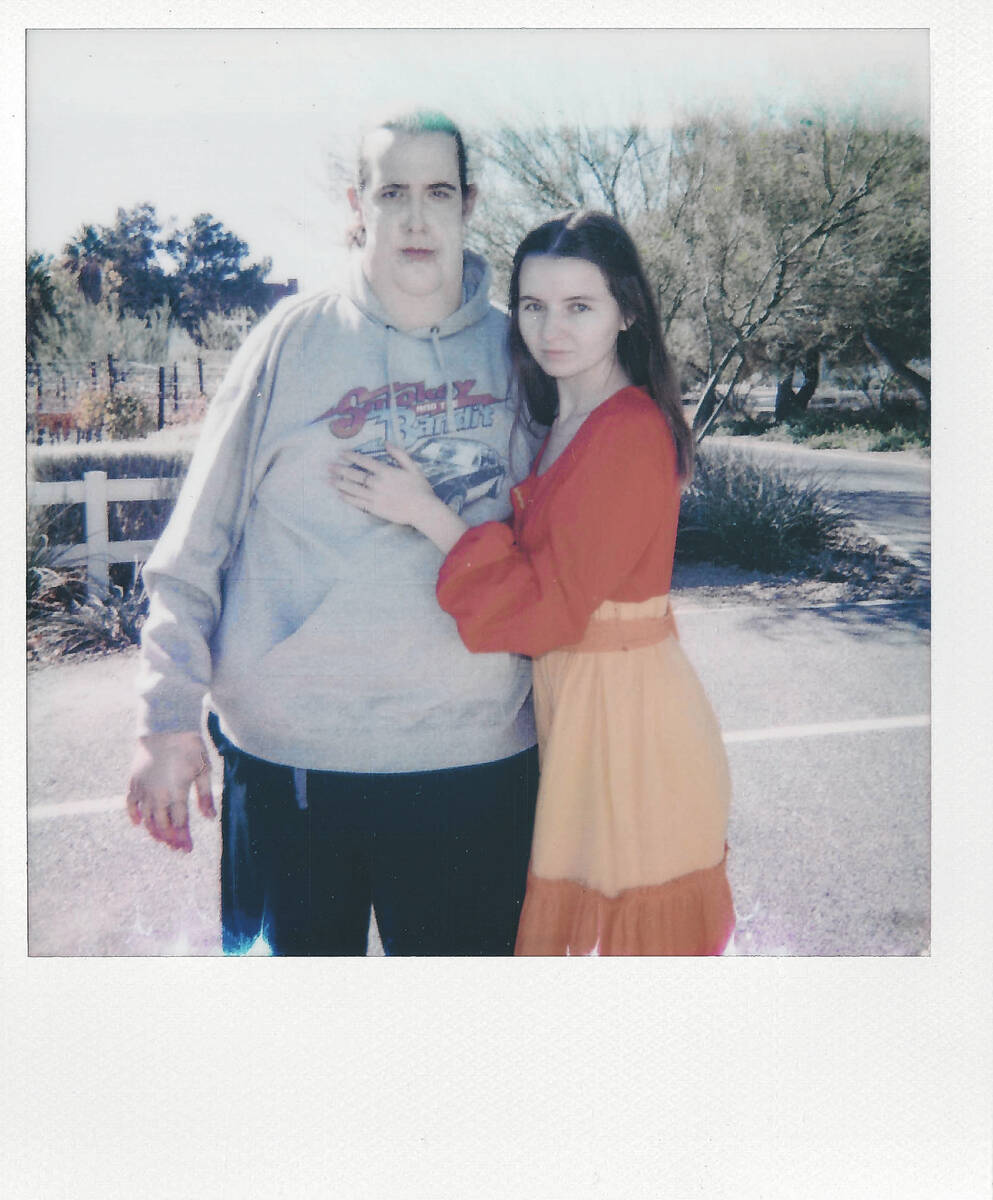 Floyd Cashio, left, plays an overweight serial killer in a new music video from Collapsing Scenery that was shot in Pahrump. At right, Parker Love Bowling, plays a petite victim who is "squished to death" under the weight of Cashio. (Special to Pahrump Valley Times) 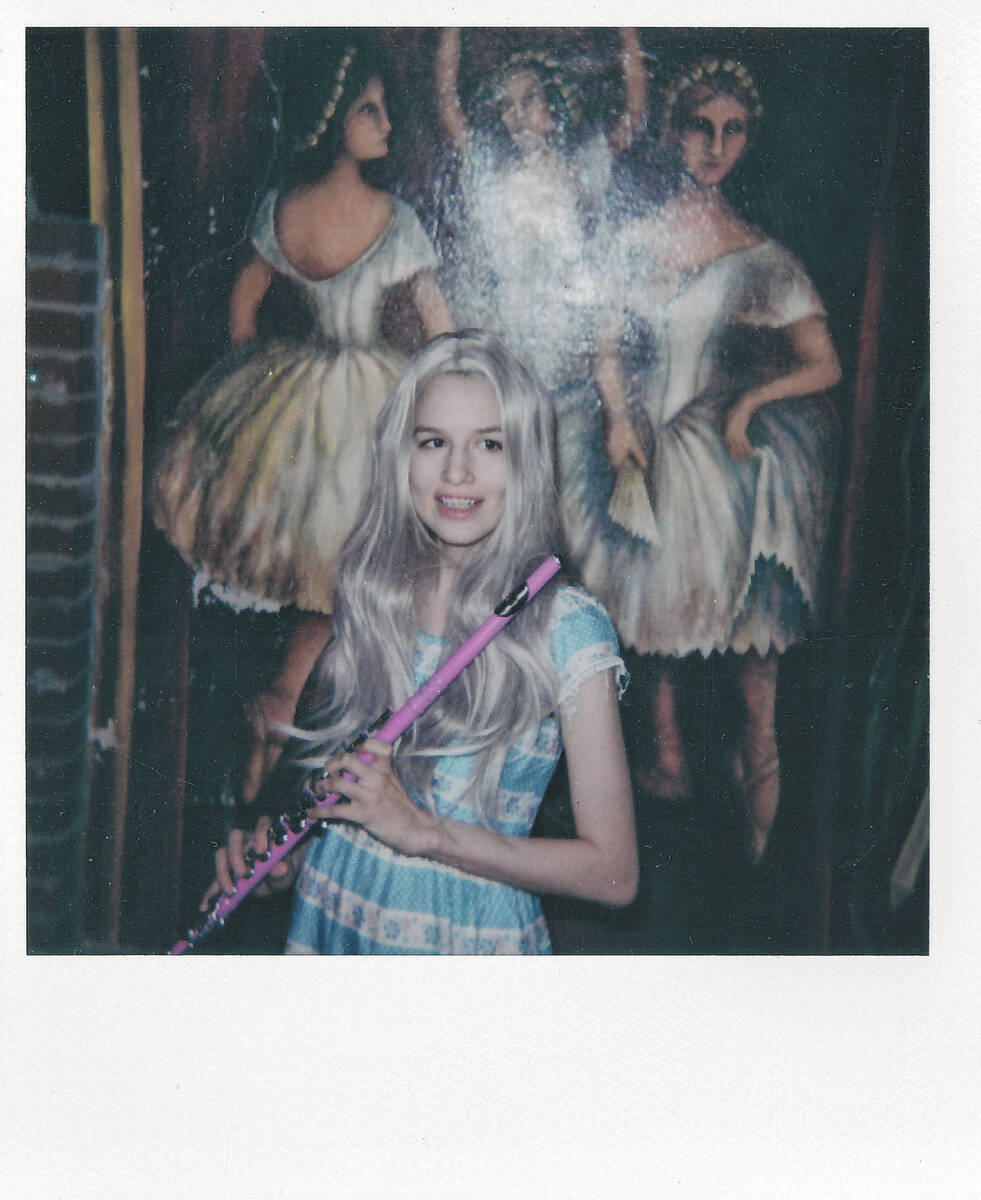 Costume designer Lo Espinosa said she crafted the serial killer’s “fat suit” out of mattress foam after watching episodes of TLC’s reality show “My 600-lb Life.” Espinosa is also featured in the new music video that was shot in Pahrump. (Special to Pahrump Valley Times)

The band’s 2:52 video for “You Already Know” was filmed in part here over two days in October and tells the fictional story of a larger-than-life serial killer who “squishes” his female victims under his massive weight.

“I’m really small and I had a fear once of that happening to me,” said Kansas Bowling, the 5-foot, 2-inch, 90-pound, 25-year-old who filmed, directed and edited the project.

Bowling’s concept for the video is avant-garde and highlights some iconic places in the Amargosa Valley, as well as the rugged mountain peaks and desert landscapes of the area.

“I love filming Nevada,” she said.

But the familiar sites in the video definitely take a backseat to its bizarre storyline.

In one scene, the heavily padded serial killer (played by Floyd Cashio) stalks one of his petite victims (played by Parker Love Bowling) in the vineyards of the local winery while she sucks on grapes.

Cashio slowly approaches his prey before lying on top of her and suffocating her to death.

“We had tons of people at the winery looking out the window at us,” Cashio, 27, told the Pahrump Valley Times about his experience on the set of the project. “We became a spectacle – it was fun.”

Costume designer Lo Espinosa, 27 — who meets her own demise in the video at a scene fillmed at Amargosa Opera House just across the border in Death Valley Junction, California — said she crafted the serial killer’s “fat suit” out of mattress foam after watching episodes of TLC’s reality show “My 600-lb Life.”

“It was pretty insulated,” said Cashio, who also wore latex prosthetics in the video to give his face a “fuller look.”

“The removal process was a bit of a rough time,” he said, noting that the adhesive used in the prosthetics process burned his neck and took three hours to take off.

Actress Kathy Corpus, who has performed at past Pahrump Social Powwows, also appears in the music video in a white fur coat, before stripping down to a bikini and shackles.

Bowling said it was her first time working with Corpus — but “she was just down for it.”

In the video, Corpus lures the serial killer to her with cheeseburgers and sweet treats, just before the twisted story ends.

Devore said he has an “experimental background” while Debris is more mainstream.

Collapsing Scenery formed in 2013 and the duo often “straddle the gap between music, art, film and politics,” according to their website.

“It really allows us to go all over the place,” Devore said of the group’s sound. “Our last record was recorded in a cave in Iceland.”

The new video for “You Already Know” recently debuted on post-punk.com. You can stream it on YouTube. 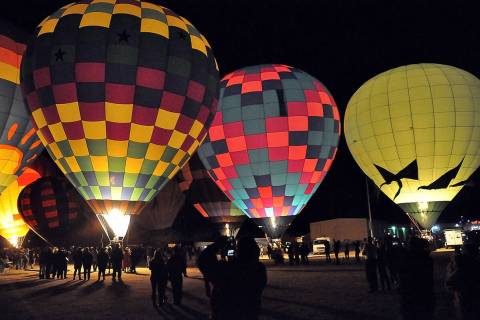 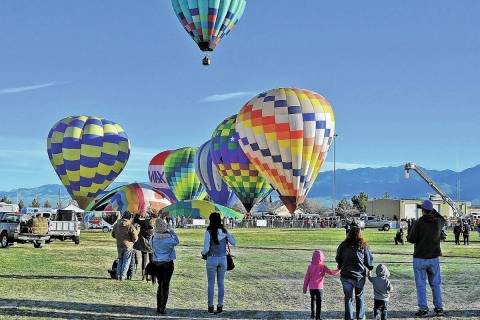 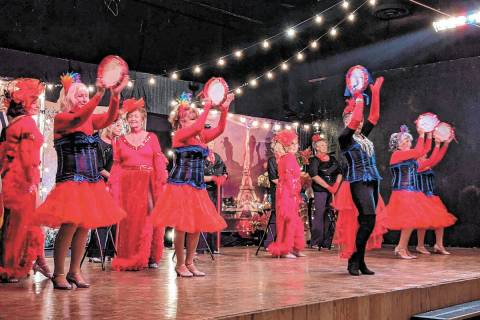 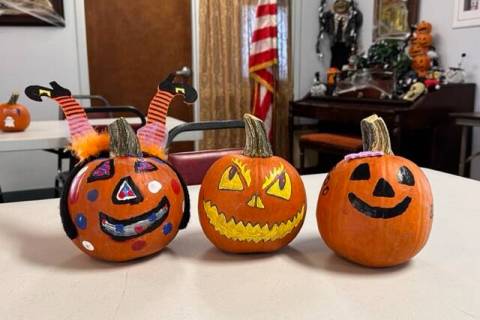 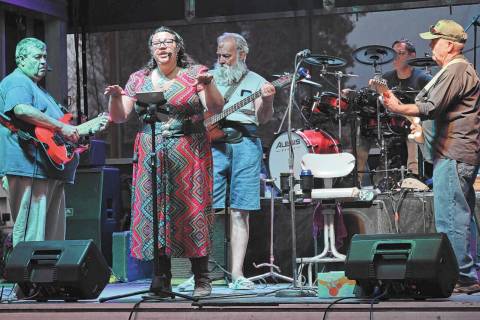 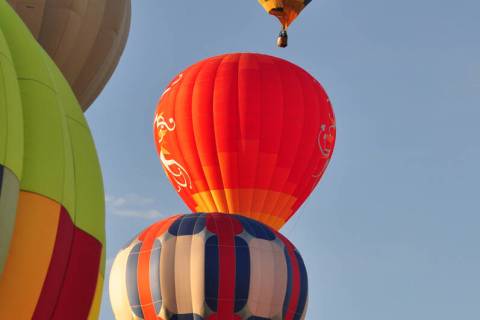