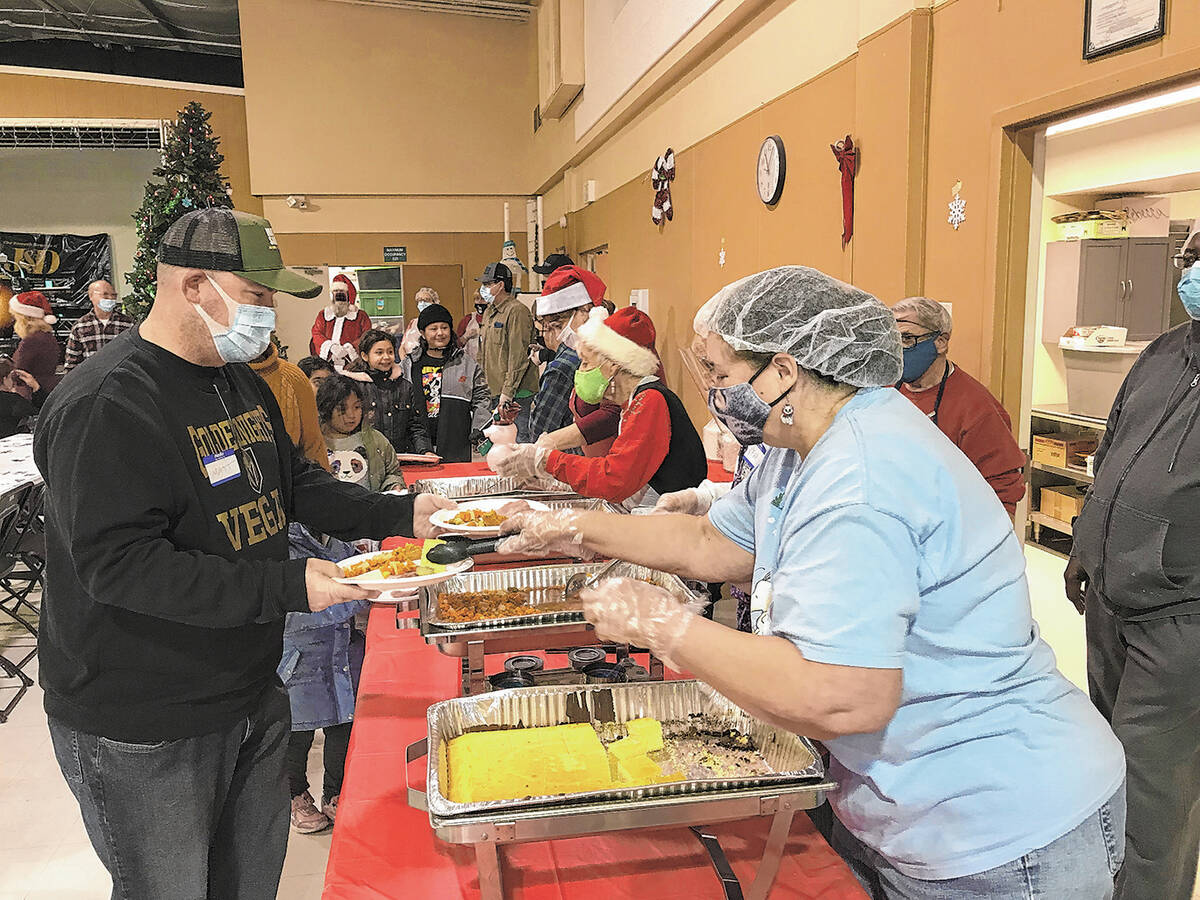 Robin Hebrock/Pahrump Valley Times The Community Christmas Eve Dinner in 2021. This year's event is set for Saturday, Dec. 24 from 11 a.m. to 2 p.m.

Randy Anderson Band at the Nugget

The Randy Anderson Band is a Las Vegas Staple, and is making their way to Pahrump. Having been in nearly every casino in the area, Randy Anderson has picked up quite the following. Opening for major bands and names along the years, and performing for charities all over, Randy’s voice can be heard across the world. RAB plays the best of new and traditional country music, as well as oldies and classic rock. Performing at the Stage Bar in the William Hill Sportsbook from 6-9 p.m. 775-751-6500.

The comedy show you don’t want to miss

Mikey Robertson teams up with Stoner Rob this Friday. Seating at 8 p.m. in time to order food while the kitchen is still open. $20 cover per person, which will be credited toward food and drink purchases. Show starts at 9 p.m. Reservations recommended; 21+. DJ Soundz will be supplying the music during the show and at the after-party. 5280 Mexican Grub & Pub is located at 2450 W. Mesquite, 702-379-8926.

Acclaimed J & D Music performs oldies, disco, rock, Latin country, and more. Joe Vato, originally from Chicago, has perfected his vocals over 30 years of performing. His current group has performed at various locations both locally and throughout the United States. This band has a particular gift for motivating people to get up and dance. Watch them at Rhinestones Country Bar & Dance Hall beginning at 8 p.m. each evening. 1700 Pahrump Valley Blvd., in the lot in front of Terrible’s Casino. 775-302-9653.

Rockin’ the tunes until Santa shows up!

The Holiday Task Force will be serving their annual community Christmas dinner on Christmas Eve, at the NyE Communities Coalition campus, 1020 E. Wilson Road. It will be a sit-down dinner, served from 11 a.m. to 2 p.m.

The dinner is free and the entire community is invited to enjoy the meal.

Your favorite rocking kids of the past are back with hits, singles, and covers of the classics, all to be performed in style for you. Roxy Stardust’s charm has hit the scene recently and made waves in Las Vegas. This band is performing New Year’s Eve at the Pahrump Nugget Casino. These talented performers bring some of the greatest new wave and synth hits from the 80’s to you, covering a vast array of the most classic tunes. Their theme will throw you back in time and get you saying strange phrases again like, “Far out, dude!” Get ready for a bodacious night with Roxy Stardust from 8 p.m. to midnight at the Pahrump Nugget. 775-751-6500.

Chris Heers and Seth Turner together are “High Blue Cactus”, a vocal duo powerhouse playing a variety show of their hit songs along with covers ranging from classic country to hard rock. It is always unscripted and always off the chain fun. “We read the crowd and make them a part of our shows”, says Heers. “It is all about them and it is always a party.” That party can be quite big; they recently played for 350,000 people at NASCAR and Bike Fest events. 8 p.m. to midnight at Gold Town Casino. Call 775-751-7777 for more information.

This New Year’s Eve, spend time with a musical couple who find joy giving you tunes which bring everyone closer together this holiday night, as we prepare for the ball drop. Johnny & Treasure are a duo of love, passion, song, and story. They perform with passion, honesty, and musical integrity. They are what some call “True Performers”. Diversity for this duo is an understatement. You must hear them to believe it. 8 p.m. to midnight. 5870 Homestead Rd. Call 775-751-7770 for more information.

The infamous Bearded Lady Saloon brings back Throckmore for Pahrump’s New Year’s Eve bash. This band is notable for the high-energy power rhythm section and searing guitars, along with incredible vocal abilities. Ring in the New Year with a night of more rock, and more metal. $10 cover gets you in. Dress as your favorite celebrity and walk the Red Carpet! Band starts at 8 p.m., and celebrity look-alike shenanigans occur throughout the night. The Bearded Lady Saloon, 1330 5th St. 775-764-9377.

Ring in 2023 with Pahrump’s own Incognito band. This 5-piece band is high energy fun and entertainment. Classic rock, R&B, and country. Watch them at Rhinestones Country Bar & Dance Hall beginning at 8 p.m. until the stroke of midnight. Followed by DJ Rodeo Rick Garza. 1700 Pahrump Valley Blvd., in the lot in front of Terrible’s Casino. 775-302-9653. 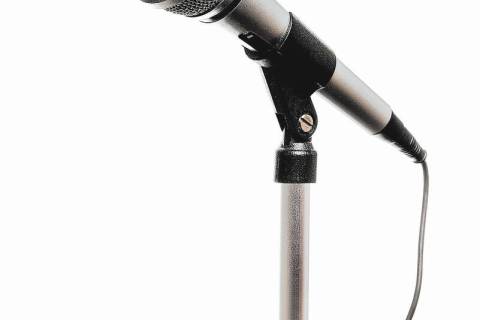 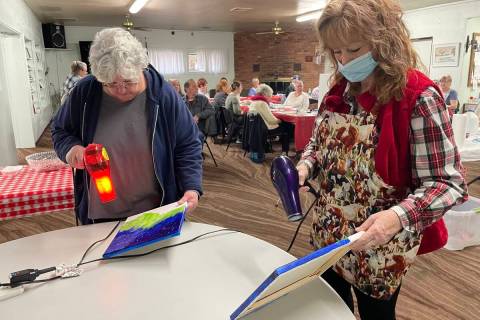 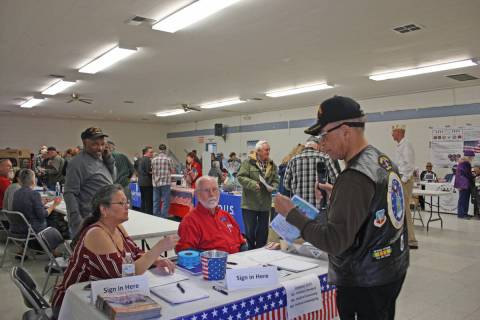 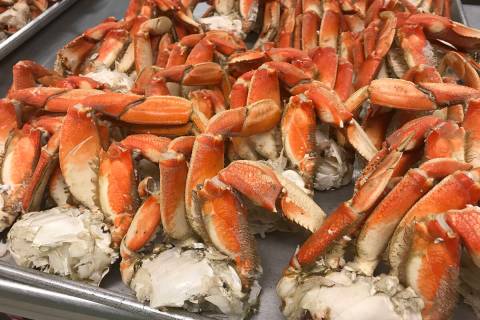 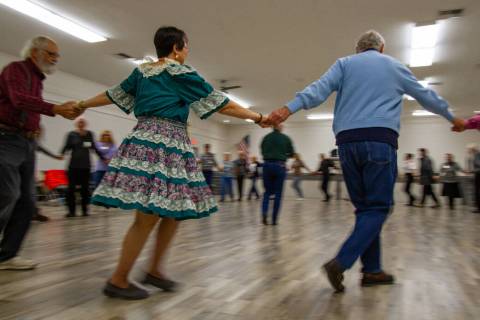 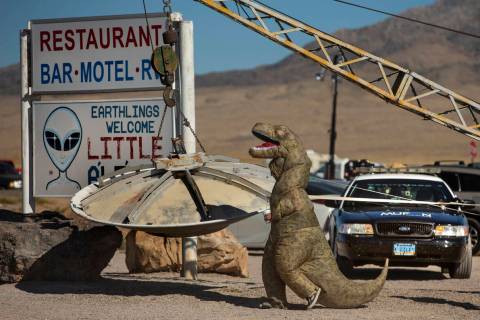 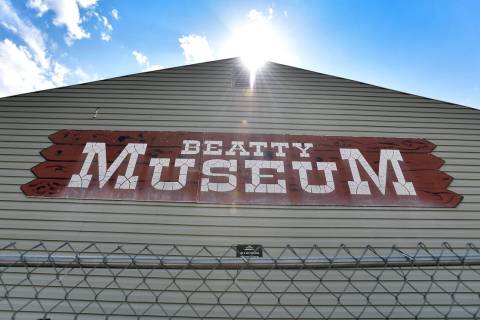