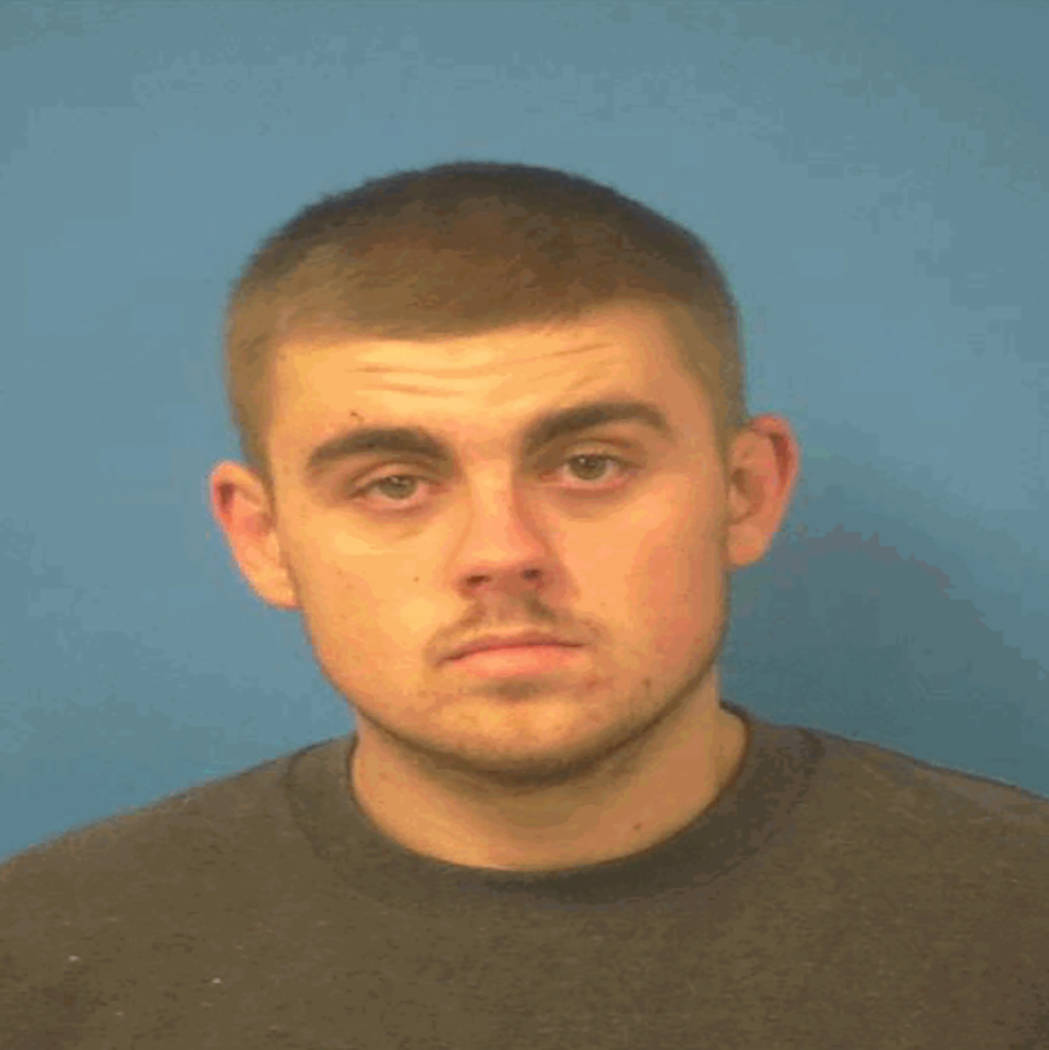 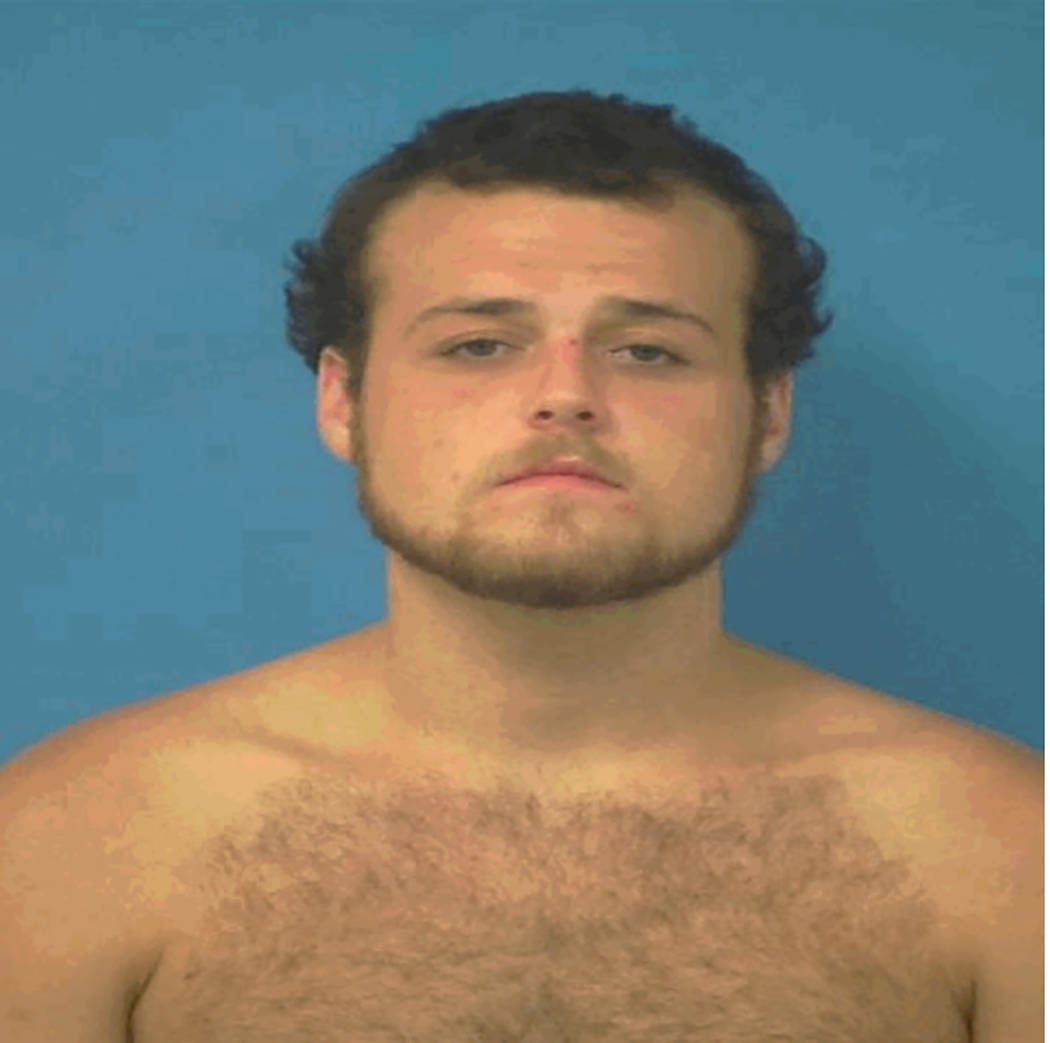 Special to the Pahrump Valley Times Brett Baker was arrested on a failure to appear misdemeanor warrant out of Tonopah Justice Court.

A tip from a man cleaning the parking lot near Albertsons supermarket led to the arrest of two Pahrump men, the Nye County Sheriff’s Office reports.

Contained in the official news release, the unnamed man told a sheriff’s deputy to be “mindful” of suspicious vehicles in the area, just before 2 a.m. on July 15, while the deputy was on extra patrol in the parking lot.

“He had information that a business or businesses were going to be burglarized or robbed,” the deputy stated in the release.

While on patrol, the deputy spotted a white pickup truck with the driver’s side door open.

At that time, the deputy pulled behind the vehicle and made contact with the two men.

“I explained to the male driver, later identified as Riley Alger, that the two of them looked suspicious and added my fear of businesses getting burglarized. He responded by telling me he heard about one of them getting hit. I then made contact with the other male. When I asked him to exit the truck, he looked at Mr. Alger and gave him a watch. I then spoke with him about the crimes in the area as well, due to the fact he asked me why I stopped them.”

The release noted as the deputy spoke to the men, both continuously wanted to get back to the pickup.

“I ordered them back to my area and I did place the second man in wrist restraints for officer safety,” the deputy noted. “I went to ask the passenger without a shirt for his name and date of birth. The male paused and hesitantly gave me his name as being Brett Baker. Dispatch informed me Mr. Baker had a warrant for his arrest out of Tonopah.”

Once the deputy secured Baker’s arrest, he inquired whether Alger was in possession of illegal drugs.

“Mr. Alger said no, he did not have any illegal narcotics,” the deputy said. “I then asked if he was over 21 years of age and he said yes. I then asked him if he had any lawful amounts of marijuana, under one ounce, and he said that he had a little bit in his camouflage backpack in the truck.”

The deputy continued to determine whether Alger was in possession of methamphetamine, heroin, or prescription pills on his person, which Alger reportedly stated he did not.

At that point, the deputy requested to search the vehicle.

“Mr. Alger said that the vehicle was his father’s and that I could search his backpack but not the vehicle.” the release stated.

Upon searching the vehicle, the release noted the deputy removed the green camouflage backpack, where inside one of the compartments the deputy located three prescription bottles, with two of the bottles bearing a different name.

The third contained several white pills, according to the report.

“Mr. Alger told me in the beginning that he had no prescription pills on his property and admitted that the camo bag was his,” the deputy said. “Mr. Alger was arrested for possession of a controlled substance and Mr. Baker was arrested for the warrant. Both were transported to the Nye County Detention Center where they were booked without incident.”