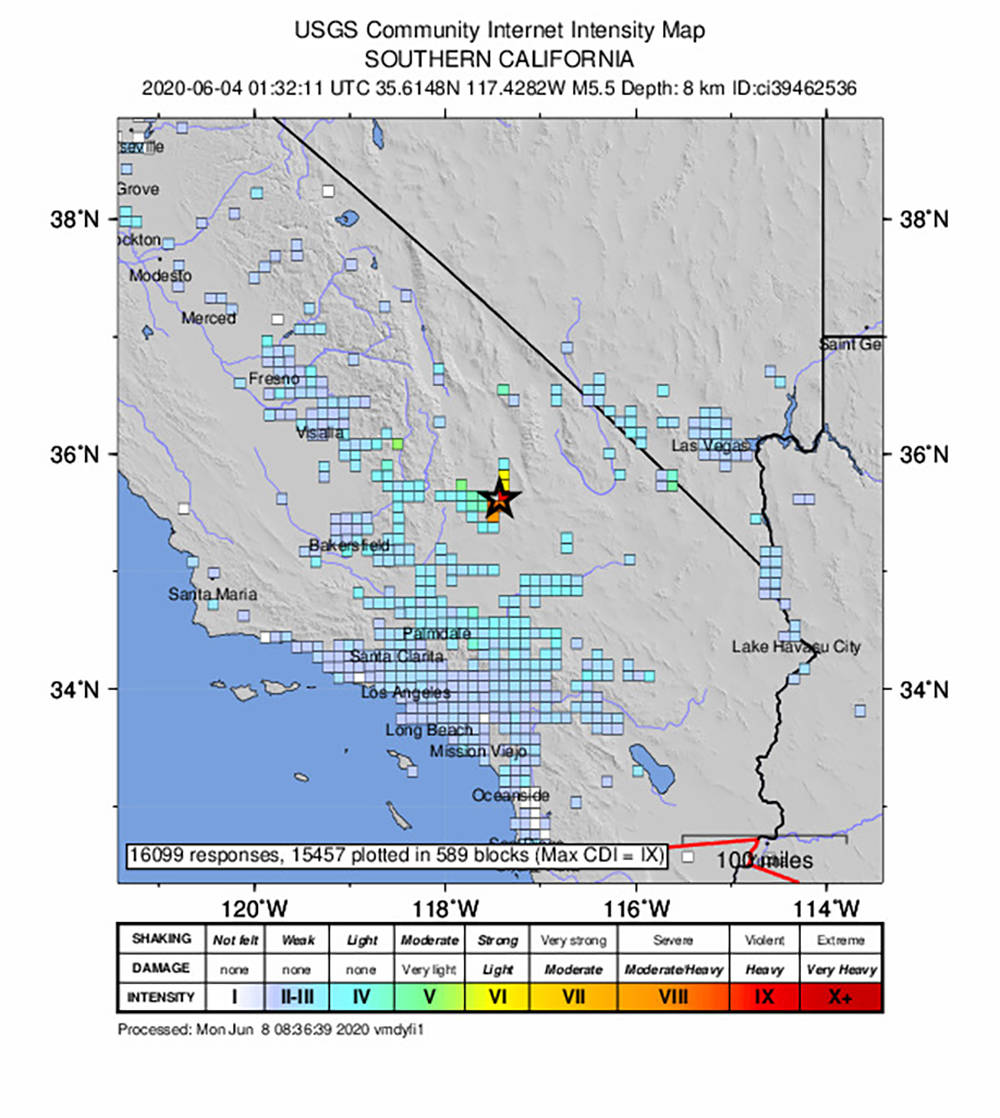 Special to the Pahrump Valley Times Provided by the U.S. Geological Survey, this map shows the intensity of the June 3 Searles Valley earthquake in relation to reports made across California and Nevada. The quake was felt as far away as Arizona. 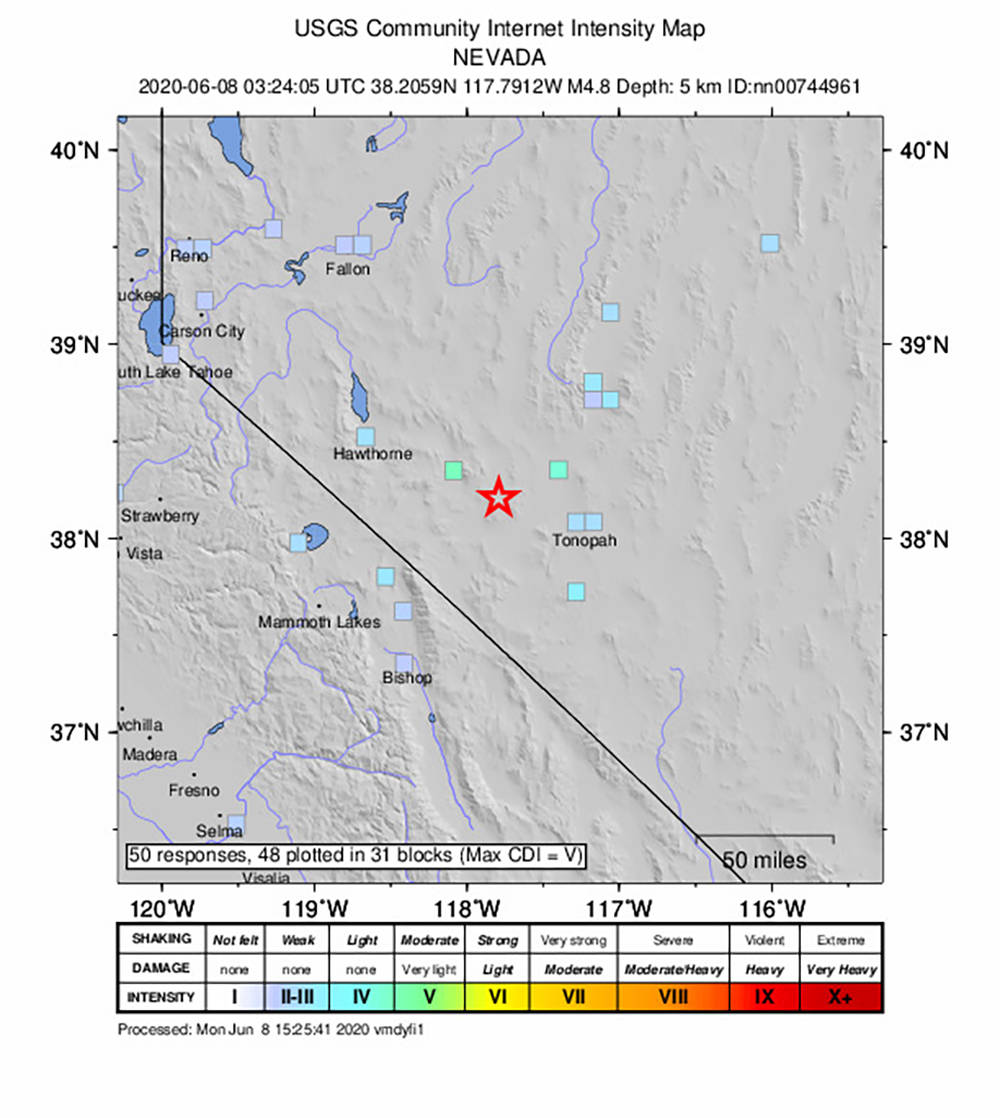 Special to the Pahrump Valley Times A total of 39 earthquakes near Mina, Nevada had been reported between June 3 and June 8, the strongest of which was a 4.8 magnitude, the intensity map for which is shown.

In the evening of June 3, around 6:30 p.m., a magnitude 5.5 earthquake struck just outside of Searles Valley, California, near the city of Ridgecrest and while that particular rumble caught widespread attention, including that of Nye County residents, it is far from the only earthquake near the area over the past week.

Many of those in the southern and central parts of Nye County commented on the June 3 earthquake on the Pahrump Valley Times’ Facebook page, most of whom not only felt it but noticed its effect on the things around them, with the shaking setting hanging items into motion and causing houses to shudder.

“I’m in Amargosa Valley 1/2 mile from the state line. We felt it,” Caresse Burgess said.

“This time my hubby felt it but I didn’t,” reported Linda Sweet. “I was walking around outside and he was inside sitting on the bed. My daughter in Las Vegas felt it also.”

“Yes, felt it on W. Moose St., Pahrump,” Vivian Comingdeer Jeffries wrote. “Made the big light over the pool table sway and the hanging seashell chimes to chime.”

The USGS’s website shows around 16,000 people responded to the site’s “Did you feel it?” monitoring system, with the intensity reported as heavy near the epicenter and diminishing over a spread of several hundred miles.

The June 3 earthquake was felt as far away as Wells, Nevada and Payson, Arizona, more than 400 miles from Searles Valley.

The June 3 earthquake has been followed by a series of additional quakes, all of which have been smaller in magnitude.

According to information from the U.S. Geological Survey, there has been a swarm of ground trembling over the past week, with eight earthquakes reported in Searles Valley since June 3, along with an additional nine earthquakes labeled as near Trona, California, another community located in the Searles Valley area, and five in Coso Junction, California.

In Nevada, there has also been an incredible amount of seismic activity northwest of the Tonopah area, near Mina, in the past week.

The USGS reports 45 total earthquakes near Mina between June 3 and the morning of June 9. The majority of these quakes were relatively small, between 2.5 and 3.5 in magnitude, with the strongest being a 4.8 magnitude on June 7.