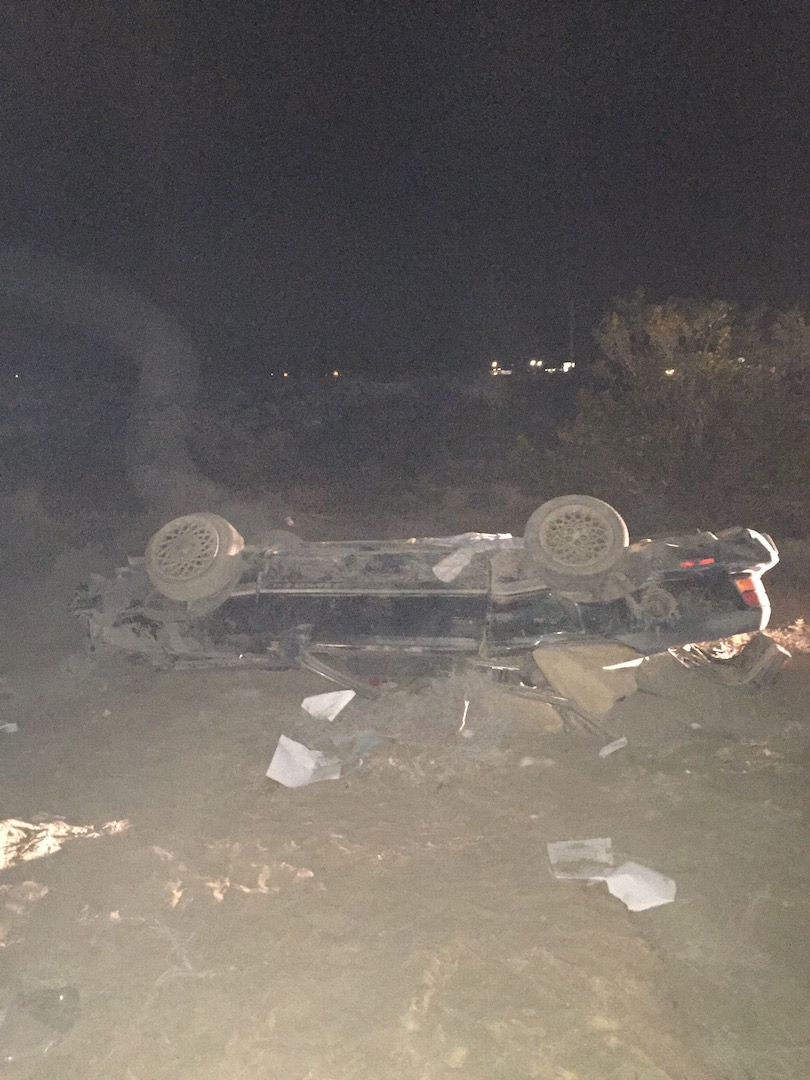 The crash occurred just after 6 p.m. Thursday evening when a green Chrysler convertible apparently lost control and rolled over into the desert area on the side of SR-160 near Mesquite Avenue ejecting all five occupants, according to Nevada Highway Patrol Trooper Jason Buratczuk.

Of the five occupants, there were four juveniles and one adult. Three were airlifted to UMC in Las Vegas with critical injuries and two transported via ground to Desert View Hospital.

The crash investigation is expected to go on until at least 10 p.m. Thursday night. Traffic is shut down on Highway 160 between Irene Street and Mesquite Avenue, but is being diverted into the dirt to on the side of the road, so traffic is impacted, but not fully closed.