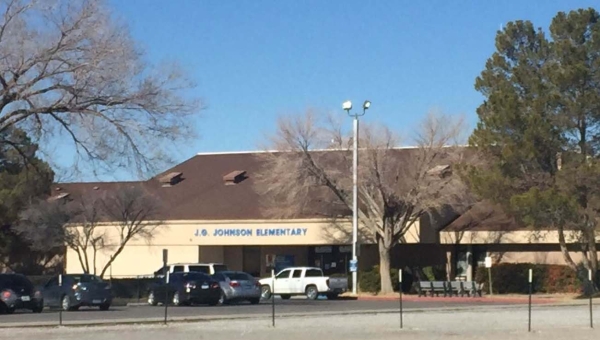 The school district is not backing down on an administration move at J.G. Johnson Elementary School that caused an uproar with some parents this week.

Parents of students at J.G. Johnson were informed about the change on Monday by letter.

Some parents expressed outrage with Eiseman being named despite the fact that the District Attorney’s office declined to file charges on an incident that saw him removed from Tonopah High last year. Eiseman was arrested on preliminary charges of open and gross lewdness and child abuse in separate incidents that allegedly occurred while he was principal at Tonopah.

The decision came down at the end of 2015 after the district attorney found the allegations against Eiseman to be unfounded.

“Over the course of nearly a year, my office explored leads, conducted telephonic interviews and made repeated efforts to set up face-to-face meetings with those related to the alleged incident,” said Angela Bello, Nye County district attorney. “In the end, we were simply not able to corroborate the allegations to the extent needed to justify bringing charges for which we would have to provide proof of guilt beyond a reasonable doubt. Therefore, we made the decision to deny the request for prosecution late last year.”

The school district stood by its decision to place Eiseman as the acting principal of JG Johnson, as Nye County School District Superintendent Dale Norton highlighted the new principal’s lengthy education career and the fact that charges weren’t brought against him.

“Mr. Eiseman was placed as the acting principal at J.G. Johnson Elementary School. Mr. Eiseman brought 23 years of educational experience with him to Nye County School District when hired in July 2007. Mr. Eiseman taught in the classroom for 15 years before becoming a principal. He currently has more than 30 years of educational experience, with 15 years as a school principal,” Norton said in a statement. “As an administrator at Tonopah High School, false and malicious allegations were made against him in an attempt to discredit his character.

“Mr. Eiseman was arrested due to these baseless and spiteful allegations. The district attorney’s office denied charges and Mr. Eiseman has been cleared of any wrongdoing.”

The Nye County Sheriff’s Office arrested Eiseman in March after they found probable cause in the original complaint that he touched a female student’s breasts and punched another one in the arm during a conversation in February 2015.

The additional preliminary charge came while the sheriff’s office further investigated the original incidents and another female student came forward saying that Eiseman made crude and sexually suggestive remarks to her.

While the Nye County District Attorney’s office conducted their own investigation to decide whether or not to formally press charges against Eiseman, the school district transferred him out of Tonopah High School to the school district’s southern district office where he served as principal on special assignment pending the findings of the investigation. His role there didn’t involve him working with any students while the DA completed its investigation.

Although charges weren’t brought against Eiseman, some parents of students at JG Johnson still don’t trust him being around their children at the elementary school.

Some parents took to social media to air their displeasure about Eiseman being at the school, while others took the chance to argue in favor of Eiseman.

“I have two students at J.G. and my sister has two there and we kept our kids home,” said one concerned parent on the Pahrump Valley Times’ Facebook page.

One person who was in support of Eiseman on the newspaper’s Facebook page stated that he isn’t the criminal the dismissed charge made him out to be.

“He’s not a bad guy. He was my principal and nothing that was said happened,” the Facebook poster said. “He’s a good guy and for people to judge him by the things they heard is wrong.”

Concerned parents showed up to the Nye County School District office to file complaints about Eiseman being the acting principal Wednesday and the Nye County Sheriff’s Office was called out as a precautionary measure at one point during the day.

Despite the pressure from the public, the school district is staying put with its decision to have Eiseman as the acting principal as of press time Thursday afternoon.

The school district didn’t give a reason behind O’Connor’s sudden departure other than stating, “This is a personal matter which by its nature is private and confidential.”