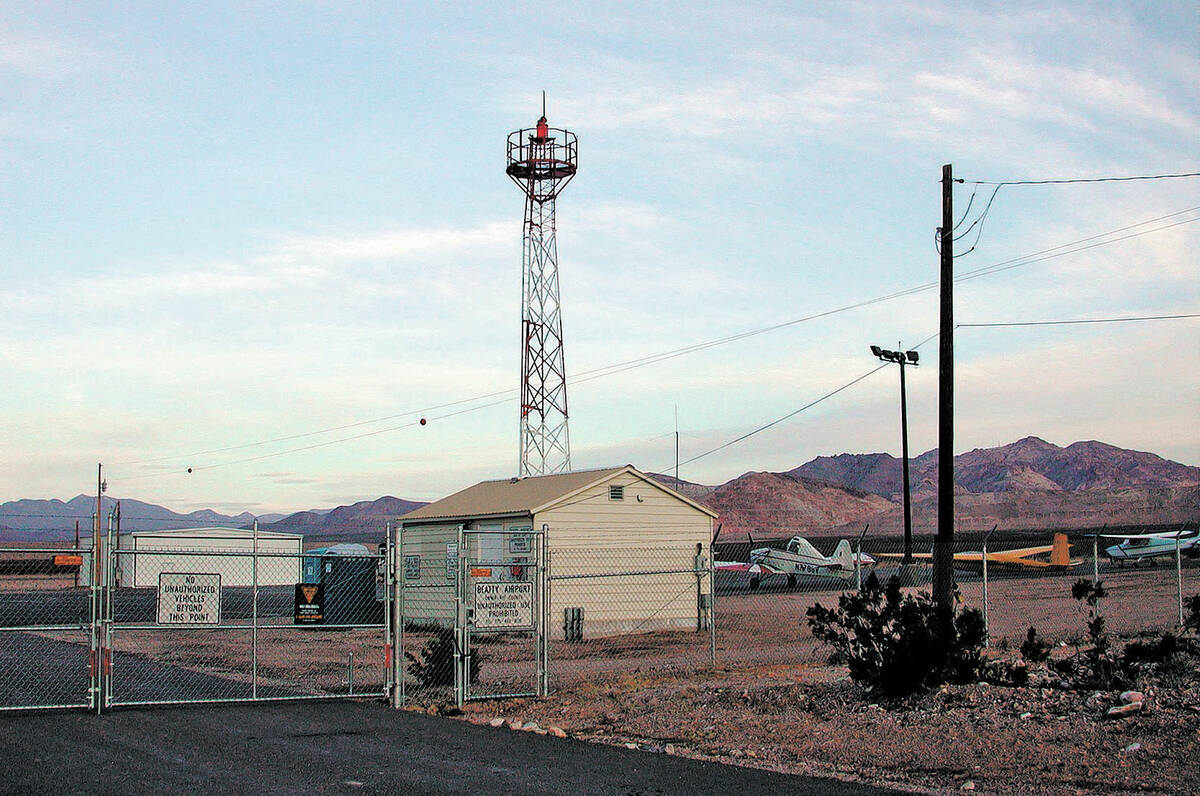 Special to the Pahrump Valley Times The Beatty Airport is expected to receive a financial 'shot in the arm' after funding was secured by Nevada Senators Catherine Cortez Masto(D-Nev.) and Jacky Rosen (D-Nev.) for improvements at the facility located roughly 70 miles north of Pahrump.

Two Nevada senators have secured more than $24 million for airports throughout the Silver State, including a portion for a Nye County facility.

On Wednesday, Senators Catherine Cortez Masto (D-Nev.) and Jacky Rosen (D-Nev.) announced that the Department of Transportation awarded $24,557,660 in COVID-19 relief funding to 15 Nevada airports and the small businesses that serve as airport concessionaires.

As noted in a news release from Cortez Masto’s office, the lion’s share of the funding will benefit airport concession businesses at the Reno/Tahoe International Airport and the Harry Reid International Airport, with the rest going to rural communities throughout the state including the county-owned public-use airport in Beatty, which is roughly an hour’s drive north of Pahrump.

The additional funding for the airport could not have come at a better time as Nye County has been working with the Federal Aviation Administration on a five-year plan to address safety concerns going back to 2019.

The amount of funding the airport will receive was not disclosed however.

“Nevada’s travel and tourism industries, including our airports and concessionaires, were incredibly hard hit by the coronavirus pandemic,” said Senator Cortez Masto. “I advocated for funding to make sure they could recover and continue to serve travelers and Nevadans alike. I’ll keep working in the Senate to strengthen our economic recovery and help our travel and hospitality industries and their workers thrive.”

As a member of the Senate Small Business Committee and chair of the Senate subcommittee that oversees tourism, Senator Rosen said she’s made it her mission to support the state’s state’s small businesses and uplift Nevada’s travel industry.

“This funding, which we helped deliver as part of the American Rescue Plan, will support our airports and the businesses inside them, helping to keep jobs and further Nevada’s economic recovery,” Rosen noted.

In September 2020, Cortez Masto authored a letter that urged Senator Rosen and the entire Nevada delegation to join in and call for more support for airports, airport concessions, small businesses, and airline workers enduring direct losses due to the pandemic.

The funding from the grants came by way of the American Rescue Plan, which both senators advocated for.