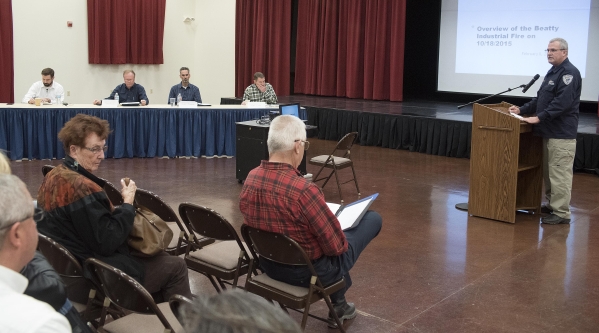 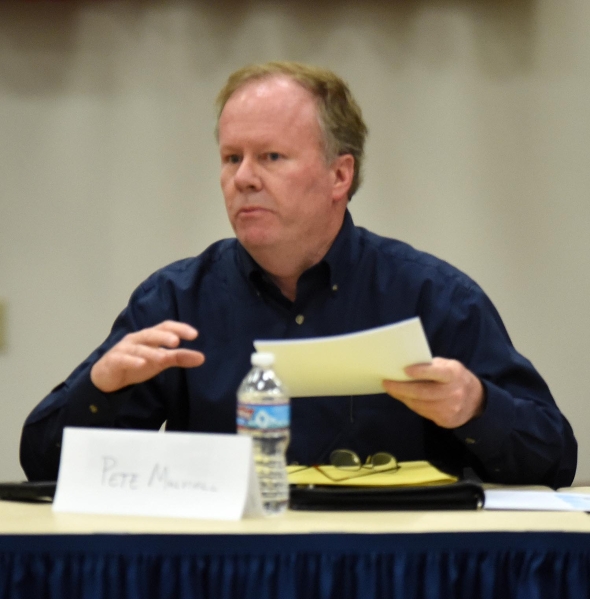 As was previously reported by the Nevada Department of Public Safety, no release of radiation was ever detected as a result of the Oct. 18 incident, which compounded the U.S. Highway 95 closure already in place after heavy flooding wiped out the road around Lathrop Wells.

The Beatty site, which is owned by the state, was licensed in 1961 and received its first shipment of low-level nuclear waste in 1962. It continued to operate until being closed in 1992. It was the first such facility in the United States.

This means that some of the material in the site was buried over 50 years ago, and State Fire Marshall Pete Mulvihill noted that “the state of the art back then is nothing like it is now.”

Back then, some of the waste was in barrels, but some was buried in cardboard boxes, or wooden crates, and some, like cement rubble from demolished laboratories, was in no container at all.

Over the years, some of these containers deteriorated, creating voids that caused cracks or sink holes in covering soil, which give access to rainwater (which is normally scarce in the desert climate).

The heavy rains in October exposed these problems by causing the fire. Rainwater came into contact with metallic sodium stored in barrels which had deteriorated.

Mulvihill said that responders did not attempt to fight the fire, “which was the appropriate thing to do,” as putting water on the fire would only have made it worse.

Jon Bakkedahl, Radiation Control Supervisor for the state, said that the metallic sodium involved had a half-life of only 15 hours and “was probably not even radioactive by the time it was buried.”

Beatty resident Albert Verrilli wanted to know if any materials with higher radiation levels were buried next to the barrels of metallic sodium.

“There was a slew of other material in that trench,” said Bakkedahl, but those that were higher in radioactivity were not buried next to those barrels. All the material at the site was low-level, much of it being medical waste.

Bakkedahl described what has been done to repair the site and what yet will need to be done.

Right after the incident, a temporary cover was installed to protect it from further rain that was expected. After getting clearance from the Nuclear Regulatory Commission, they reburied the material, filled voids, installed a cover and more covering soil, and contoured it to make water run off.

They have been consulting with companies experienced in repairing similar sites and are beginning to get estimates of cost. Eventually they will have to go to the governor with figures he and the Legislature can use in determining how they will come up with the money for a permanent repair. Bakkedahl said this will cost “millions of dollars.”

Meanwhile the state is monitoring and inspecting the site, something US Ecology, which operates the neighboring hazardous waste site, is helping with. US Ecology heavy equipment has also been used to do the interim repair work.

Verrilli also wanted to know what chance there was of groundwater causing a problem similar to that caused by the heavy rains.

Mike Leigh, a supervisor from the Nevada Department of Environmental Protection Bureau of Waste Management, said that the water table at the site is 300 feet deep and that water is regularly monitored.

Resident Jerry Hammes raised a concern about a lack of communication with residents early on in the incident.

Caleb Cage, Chief of the Nevada Department of Emergency Management, said that it was more a lack of information than a lack of communication. He said that at first, “we didn’t know anything.”

Sheriff Sharon Wehrly said she pretty much concurred with that assessment. “We didn’t know anything either.”

Beatty Town Advisory Board Treasurer Erika Gerling expressed frustration that people had been calling, asking for information that board members or the town office did not have. “Any information is better than speculation,” she said.

“If we don’t get information, we’ll make up our own,” said resident Roger Nawrocki. “I had someone tell me that 55-gallon drums were rolling across the highway!”

Cage, Wehrly, and Gerling all said that they felt that things had been worked out, and communication was better now.