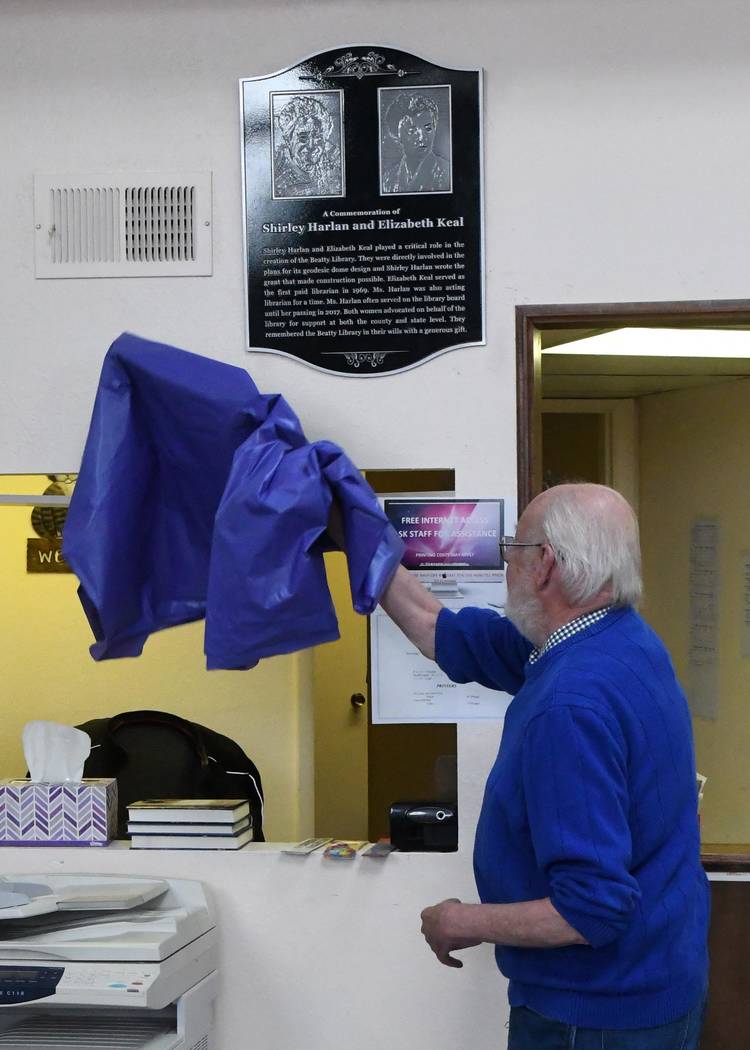 Richard Stephens/Special to the Pahrump Valley Times Shirley Harlan and Elizabeth Keal, both now deceased, played significant roles in the establishment and development of the library in Beatty. A plaque was unveiled Feb. 27, commemorating their contributions.

Shirley Harlan and Elizabeth Keal have been honored with a plaque commemorating their contributions to the Beatty Community Library.

The plaque was unveiled Feb. 27 before a gathering of Beatty residents and staff. A grand-niece of Harlan’s also traveled from Hawaii to attend.

The two women, both now deceased, played significant roles in the establishment and development of the library.

Keal served as the town’s first paid librarian back in 1969, and Harlan also served as acting librarian for a time. Both women were strong advocates for the library.

Harlan served many years on the library board, usually as chairman, and wrote the grant that made the construction of the present library building possible.

She also spearheaded the drive for the formation of a library district to put the library on a sound financial footing. Upon her passing last year, she left a substantial monetary endowment to the library in her will.

Harlan was also active in other community affairs, most notably as a founding member of the Beatty Habitat Committee, the work of which has garnered national recognition.