A Beatty man whose power was shut off was arrested this week, accused of threatening to kill VEA employees.

As stated in an April 3 news release from the Nye County Sheriff’s Office, Beatty resident Paul Kain, 55, was aggrieved with Valley Electric Association in Pahrump because he had no electricity.

Sheriff’s office Sgt. Adam Tippetts said Kain, on April 2, allegedly made several phone calls to the utility, as he was very upset about the situation.

Tippetts also said Kain actually identified himself as the caller.

“He was arrested in Beatty and transported to the Nye County Detention Center in Pahrump, where he was booked on threats concerning terrorism,” Tippetts said in the video news release. 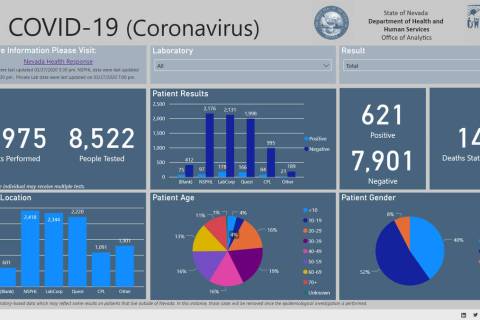 The COVID-19 outbreak has been spreading across Nevada for the last several weeks. The current number of positive cases, though there are none in Nye County at the time of this writing, is 621. The number of deaths in the state is 14, according to the data.

The vote came after lawmakers were forced to scramble back to the Capitol when a lone Republican bucked GOP leaders and threatened to force a roll call vote.