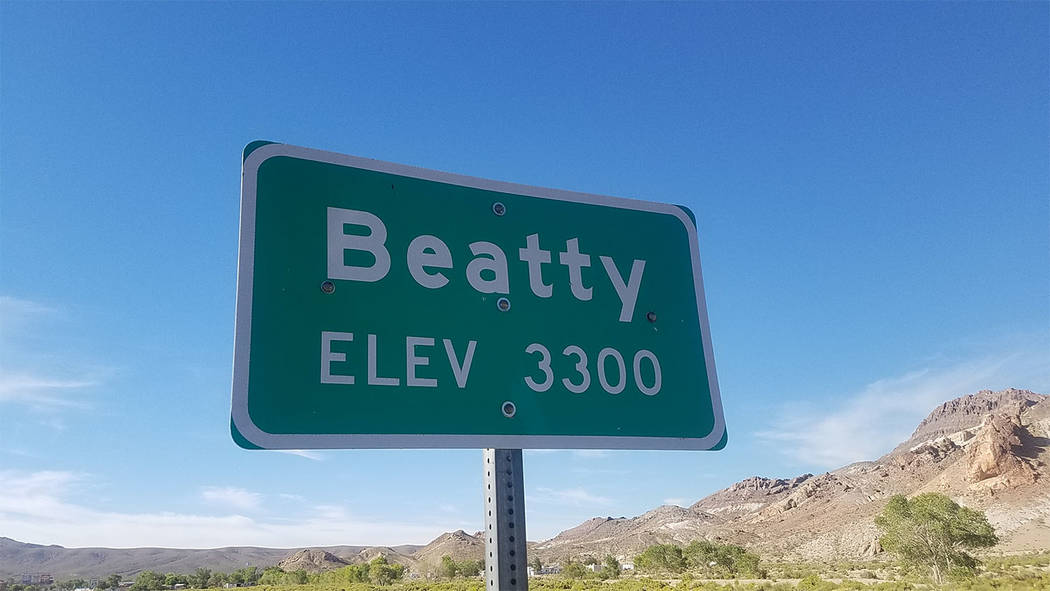 David Jacobs/Pahrump Valley Times The rash of crimes in Beatty has included a number of break-ins in private homes, as well as in businesses, including the Chamber of Commerce, the Beatty Beauty Shop, Eddie’s World, Mel’s Diner, and others.

BEATTY — After suffering for some time under an unaccustomed wave of break-ins, burglaries and vandalism, Beatty residents are taking action to fight crime in their community.

In years past, Beatty had a fully-staffed sheriff’s station with several officers and deputies stationed and living in Beatty. This is no longer the case. Only one deputy currently lives in Beatty, and coverage, largely supplied by deputies traveling from Pahrump, is shared with Amargosa Valley.

Sheriff Wehrly has long had an earful of complaints from Beatty residents about the lack of coverage. She has explained that she is short-staffed county-wide and has a difficult time finding applicants who pass all the requirements to become deputies. She also has said that she cannot force a deputy to live in Beatty, and they generally do not want to do so.

Victims of crimes in Beatty have also complained that, even when suspects are identified, it has been difficult or impossible to get the district attorney to prosecute the cases.

In an email response to the Pahrump Valley Times on Thursday, Bello asked for more specifics on the complaints. She said that her case system does not break the down the numbers for only Beatty cases.

Records show that for Beatty and Tonopah “combined from January 1, 2017 to September 20, 2017, 181 cases were opened/charged, adjudicated/closed, went to warrant or referred to an outside agency while only 26 of the 181 were denied.”

Bello offered to try and analyze the numbers further specifically for Beatty but said this would take a while.

One victim, Cindy Wentzloff, whose unoccupied home was heavily vandalized, said, “My husband drove two thousand miles to clean up the mess and press charges. He was given such a runaround. He tried for 34 days to obtain a police report and file charges to no avail.”

That case is finally seeing some action in court. The juvenile suspects had an initial hearing on Sept. 11 before Justice of the Peace Gus Sullivan. He advised them of their rights and appointed public defenders to represent them.

The lawyers then requested a second hearing. Pending that hearing, Sullivan remanded the juveniles to the supervision of their parents and put them on an 8 p.m. to 6 a.m. curfew. The judge said that there was confusion in the case concerning possible restitution and over which of the suspects might be responsible for particular acts of vandalism.

The rash of crimes has included a number of break-ins in private homes, as well as in businesses, including the Chamber of Commerce, the Beatty Beauty Shop, Eddie’s World, Mel’s Diner, and others.

Beatty resident Rob Shirley, general manager of the Beatty Water and Sewer District, has led the effort to involve Beatty residents in fighting crime. “You can never totally eliminate crime,” says Shirley, “but hopefully you can slow it down.”

Shirley, who has ten years’ experience in police auxiliary, park police, and lake patrol experience from Illinois, has volunteered as a member of the Sheriff’s Auxiliary, and has been given use of a vehicle to use in patrolling. He has also begun organizing a Neighborhood Watch program in Beatty, which currently has a half-dozen patrolling members. Approximately 80 people have joined the Beatty Neighborhood Watch Facebook page.

Since Neighborhood Watch members began patrolling, some locals say they have seen a noticeable reduction in incidents. A couple of people suspected of being responsible for break-ins and burglaries have left Beatty and have been arrested for other crimes elsewhere.

As the crime rate declines, Shirley hopes that residents will not become complacent and less vigilant.

A Neighborhood Watch information and training meeting is scheduled in the Beatty Community Center at 5:30 p.m., Sept. 29. Attendees are encouraged to bring a dessert to share.