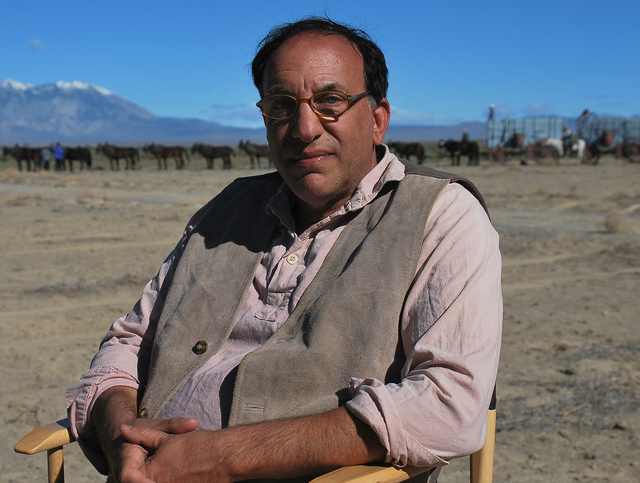 BEATTY — This town’s mining history will be the focus of the first three episodes of a new TV series with the help of a $5,000 grant from the town — that is if the amount voted by the Beatty Town Advisory Board at its Jan. 13 meeting is approved by Nye County commissioners.

Documentary producer Ted Faye showed the board and audience members a first cut of the first episode at the meeting, explaining that some of it would be reshot to include a new co-host, John Tyson, of Reno.

The shows are part of a proposed series by Gold Creek Films, highlighting communities that were part of America’s last gold rush. This includes Tonopah, Goldfield, Beatty, and Rhyolite, winding up in Death Valley.

Faye says the concept is to drive tourist traffic along that route by showing people tantalizing tidbits that will spark their interest. He does not want to do an overall story on each town, trying to cover everything, but to pick out a few interesting things that will whet visitors’ appetites for more.

He is launching the series in Beatty, and the first episode was filmed in the Beatty Museum. At the end of that episode, the mention of the old Beatty assay office led to the revelation that the building is now the Happy Burro Chili and Beer, which then will become the starting point for the second episode.

Faye said the series will be used to launch a web TV site for a station in Reno, but that the program will also be available for use by the town, the museum, the chamber of commerce and others. He also hopes to be able to interest PBS in it. The shows will be available on DVD.

The board voted to give Faye $2,000 to print additional “The Last Great American Gold Rush” brochures that feature the communities involved.

Wichman was critical of the sheriff’s budget negotiations, saying “the mentality is not working with us.” She said the county had been cutting other departments for years in order to fund the sheriff’s office, but that this had hit its limit.

She also spent some time explaining legal action being taken against the Bureau of Land Management to get them to control the wild horse and burro population. She said they had been “managing by litigation” instead of following the law.

She was also critical of the government’s approach to managing the sage grouse, a program she said was based on “flawed science,” and aimed at “not managing sage grouse, but managing people.”