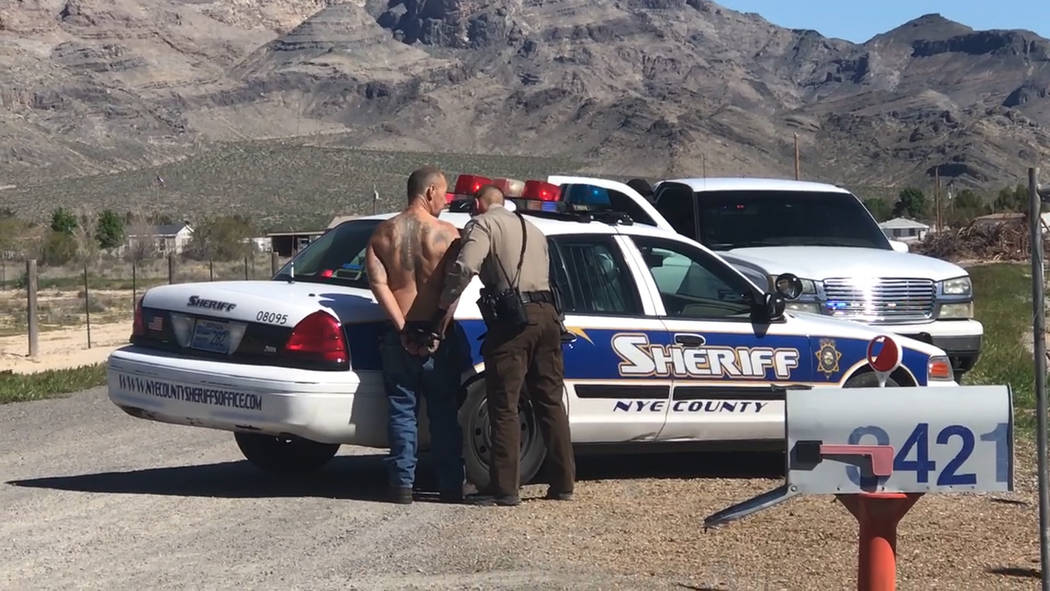 Jeffrey Meehan/Pahrump Valley Times The Nye County Sheriff's Office arrested more than 30 people during an operation led by the U.S. Marshals Service in April: "Operation Silver STAR (Strategically Targeted Apprehension Response)." More than 110 arrests were made across the state overall in the multijurisdictional effort. 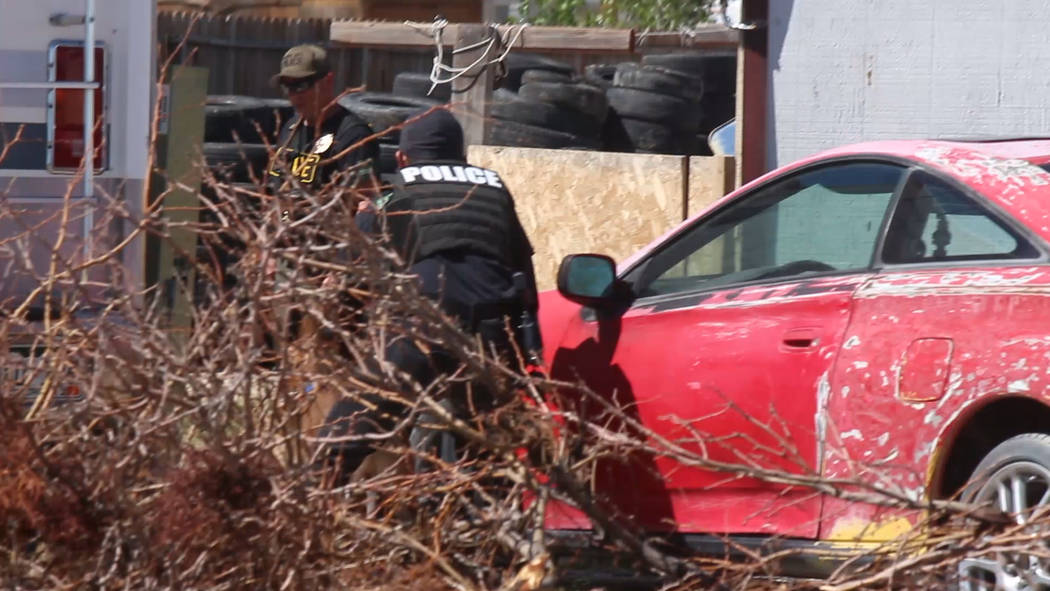 Jeffrey Meehan/Pahrump Valley Times In an initiative led by the U.S. Marshals Service across the state of Nevada, more than 30 arrests were made in Nye County on warrants and other charges. "Operation Silver STAR (Strategically Targeted Apprehension Response)" involved roughly 23 state, local and federal agencies including the Nye County Sheriff's Office. 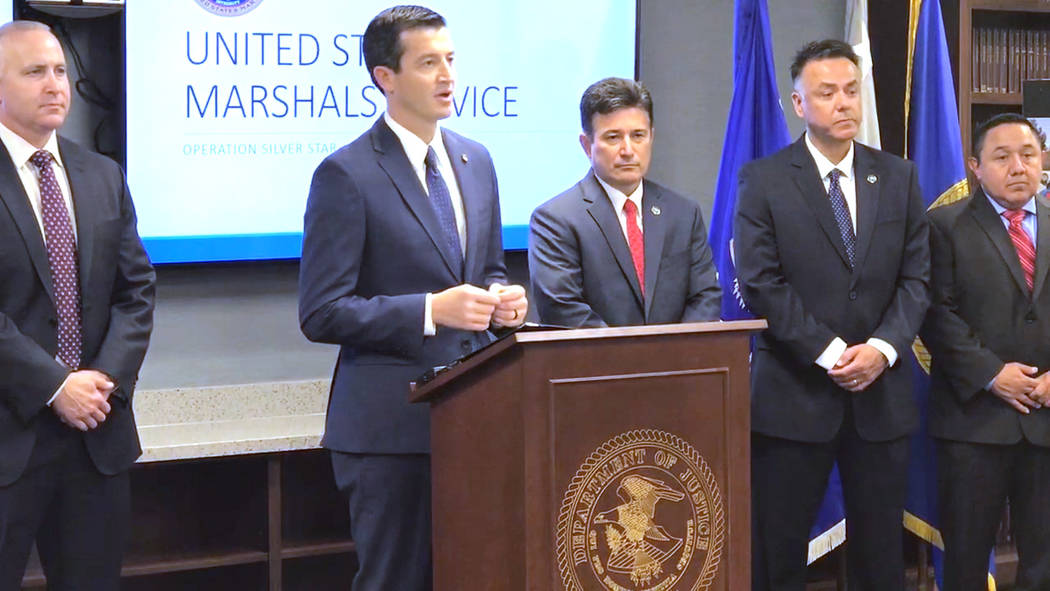 Jeffrey Meehan/Pahrump Valley Times U.S. Attorney for Nevada Nicholas Trutanich (at podium) speaks at a press conference in Las Vegas on April 19, 2019. Trutanich spoke about updates on the arrest of over 110 people during "Operation Silver STAR (Strategically Targeted Apprehension Response)," a statewide operation led by the U.S. Marshals Service. 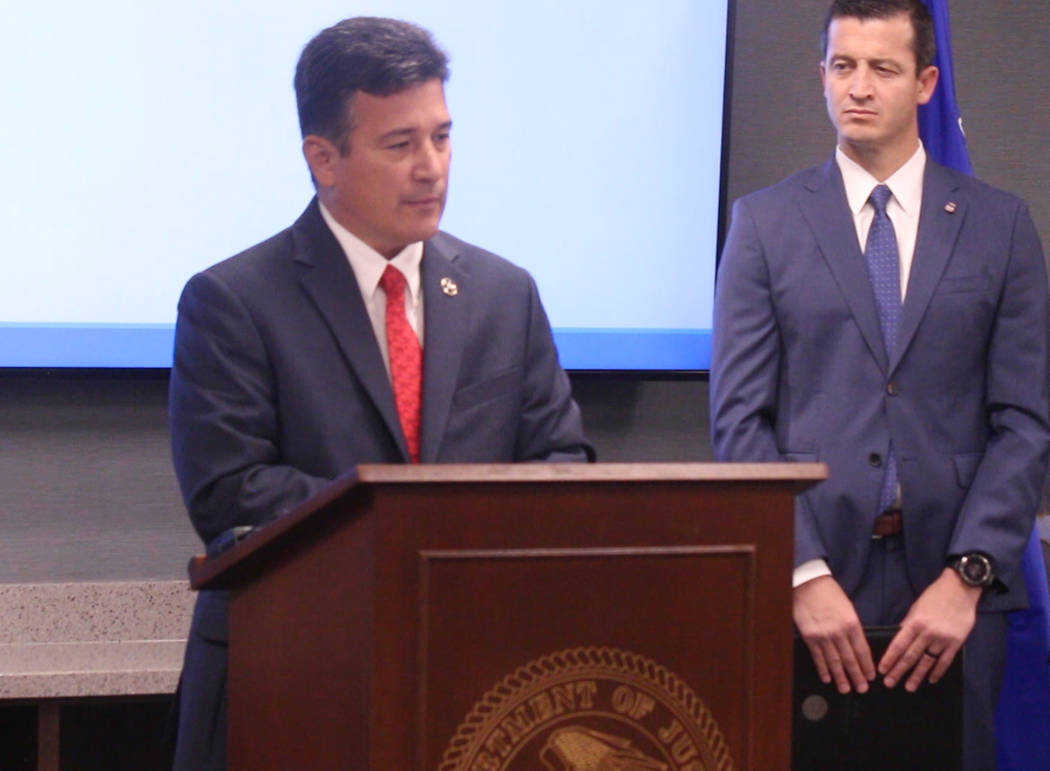 Jeffrey Meehan/Pahrump Valley Times U.S. Marshal for the District of Nevada Gary Schofield speaks during a press conference at the U.S. Attorney's Office in Las Vegas on April 19, 2019. 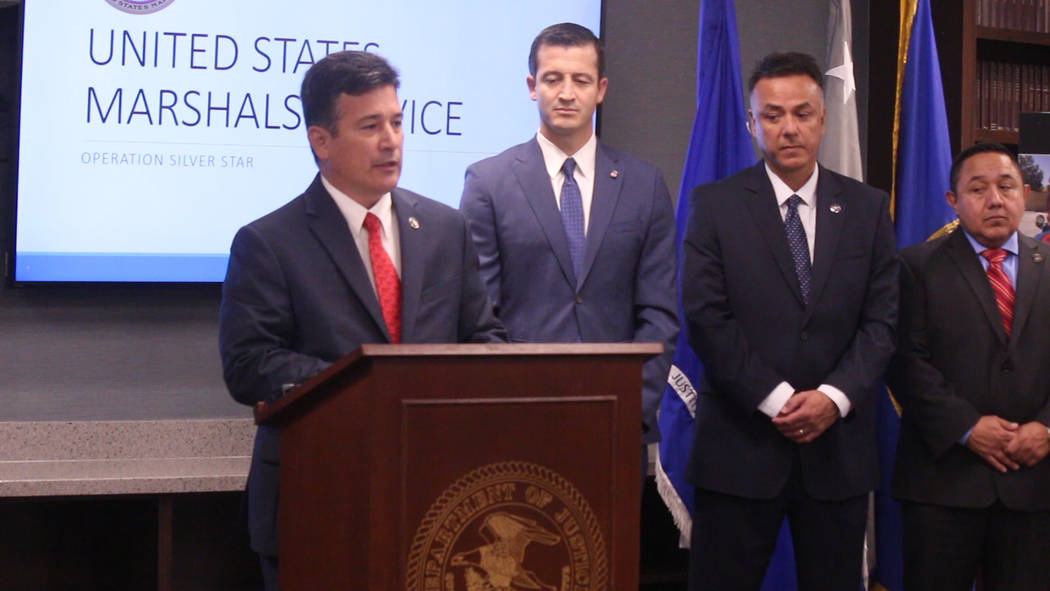 Jeffrey Meehan/Pahrump Valley Times U.S. Marshal for the District of Nevada Gary Schofield speaks during a press conference at the U.S. Attorney's Office in Las Vegas on April 19, 2019. Schofield talked about the arrest of 110 people and more than 1,000 sex offender compliance checks during a statewide operation in Nevada. 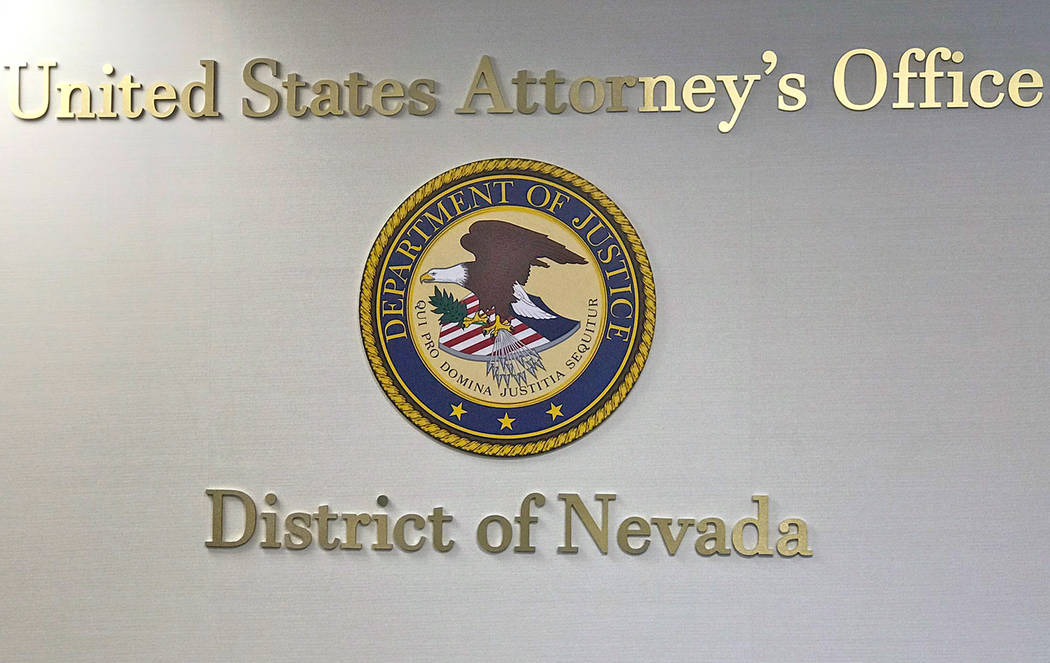 Jeffrey Meehan/Pahrump Valley Times More than 30 arrests were made in Nye County under "Operation Silver STAR (Strategically Targeted Apprehension Response)," a multijurisdictional effort led by the U.S. Marshals Service. Local, state and federal authorities came together for two weeks in April and arrested over 110 people during the operation. 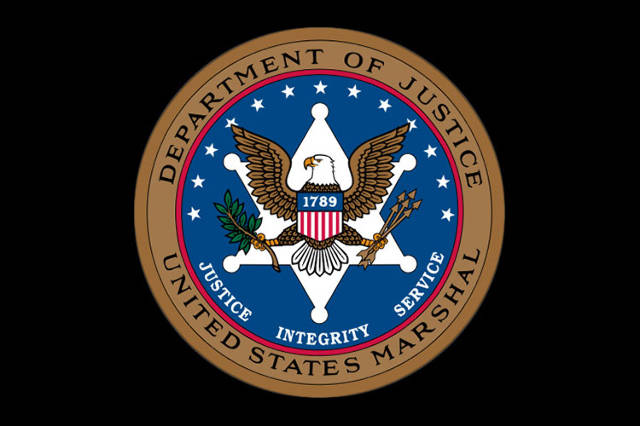 U.S. Marshal Service/Special to the Pahrump Valley Times More than 30 arrests were made in Nye County under "Operation Silver STAR (Strategically Targeted Apprehension Response)," a multijurisdictional effort led by the U.S. Marshals Service. Local, state and federal authorities came together for two weeks in April and arrested over 110 people during the operation.

A law enforcement team, made up of local police agencies in Nevada and federal authorities, swept across Pahrump and surrounding areas that included seeking fugitives and conducting a large string of sex offender compliance checks.

The U.S. Marshals Service-led operation involving teaming up with the Nye County Sheriff’s Office and K-9 units from Boulder City as part of a statewide effort by local, state and federal authorities to track down fugitives and conduct sex offender compliance checks, along with gang enforcement.

A roughly two-week-long initiative dubbed “Operation Silver STAR (Strategically Targeted Apprehension Response)” led to the arrest of more than 110 people and hundreds of sex offender compliance checks in Nevada, according to a news release from the U.S. Marshals Service.

According to federal authorities from the Marshals Service, more than 200 sex offender compliance checks were executed in the region during “Operation Silver STAR.”

The Nye County operation also led to the arrest of Christopher Pallotti on suspicion of credit card fraud, the Marshals Service said. Pallotti was also a person of interest in a homicide investigation related to the fraud allegations, according to the news release from the U.S. Marshals Service on April 19.

The local operation went on from April 8-18 and involved several Nye County Sheriff’s Office deputies and detectives and other law enforcement. Overall, a total of 34 people were arrested with outstanding warrants in Nye County during the operation with 19 of those being sex offender violations, according to a video release from the sheriff’s office.

In addition to the arrests made related to warrants, three arrests were made on new cases in Beatty and Pahrump as a result of Operation Silver STAR, according to a video release from the sheriff’s office.

Across the state, more than 1,000 sex offender compliance checks were executed as part of the operations that involved 23 state, local and federal agencies, according to a news release from the U.S. Marshals Service. The operation also led to the seizure of nine firearms and various narcotics.

Nicholas Trutanich, U.S. attorney for Nevada said he was “grateful for the commitment and partnerships of local and state law enforcement represented here today. Each of them played a critical role in this public safety operation…” during a news conference at the U.S. attorney’s office in Las Vegas on April 19.

During that news conference, U.S. Marshal for the District of Nevada Gary Schofield said the operation was throughout the state with an emphasis on Washoe, Elko, Clark and Nye counties.

Schofield said that 1,039 sex offender compliance checks were made during the operation, where 828 were in compliance. He added that 90 were out of compliance, with 115 of them that couldn’t be verified as living at the location where they are registered.

“So what we do, working in concert with local law enforcement, is leave notes for them to contact us,” Schofield said. “If they don’t within a certain period of time, we’ll do some follow-up investigation.”

Schofield was confirmed by the U.S. Senate in March 2018 as the U.S. Marshal for the District of Nevada. This is the second type of large-scale operation to take place in the state in the last several months. An “Operation Silver STAR” was conducted in the fall of 2018. According to Schofield, future operations across the state are in the planning stages.

Reporter Jeffrey Meehan participated in a ridealong with authorities for this story.