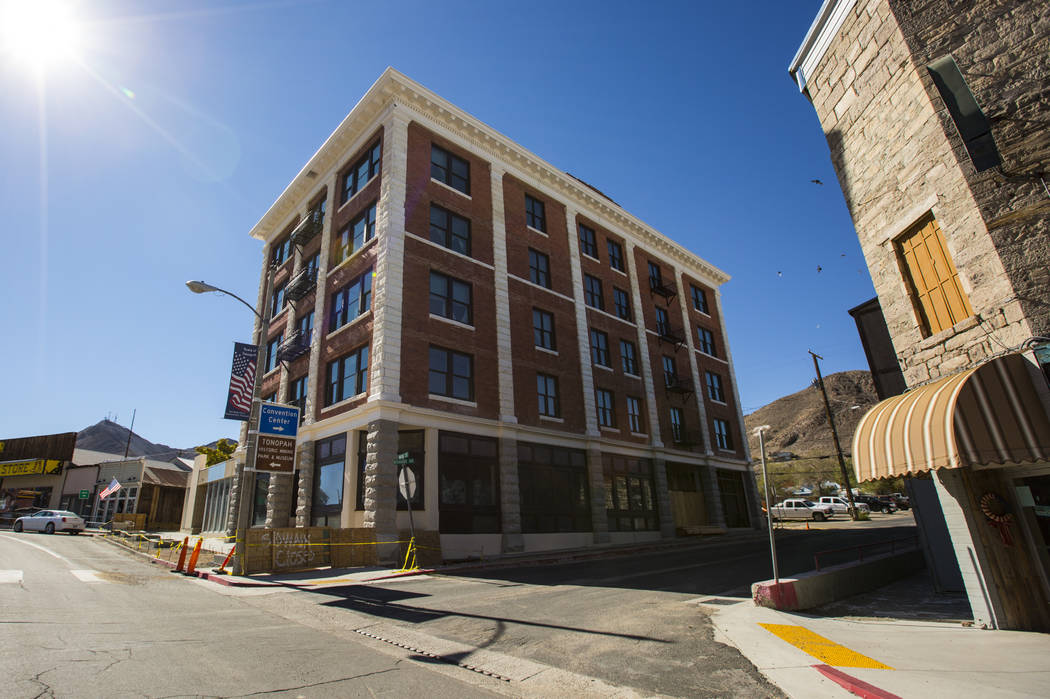 Chase Stevens Las Vegas Review-Journal The Belvada under renovation in Tonopah on Friday, Oct. 12, 2018. The Belvada originally opened as the State Bank and Trust Company Building in 1906. 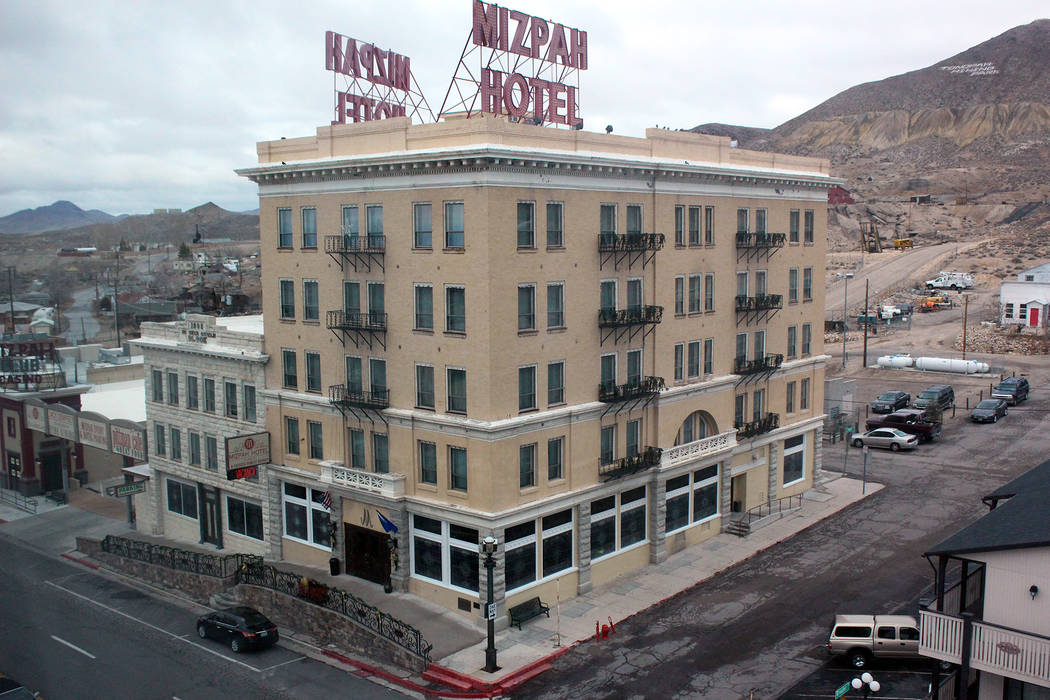 Jeffrey Meehan/Times-Bonanza The Mizpah Hotel in Tonopah was one of the major projects Fred and Nancy Cline have done in the Tonopah area. The family's next project is the Belvada, pegged to come online in late spring. 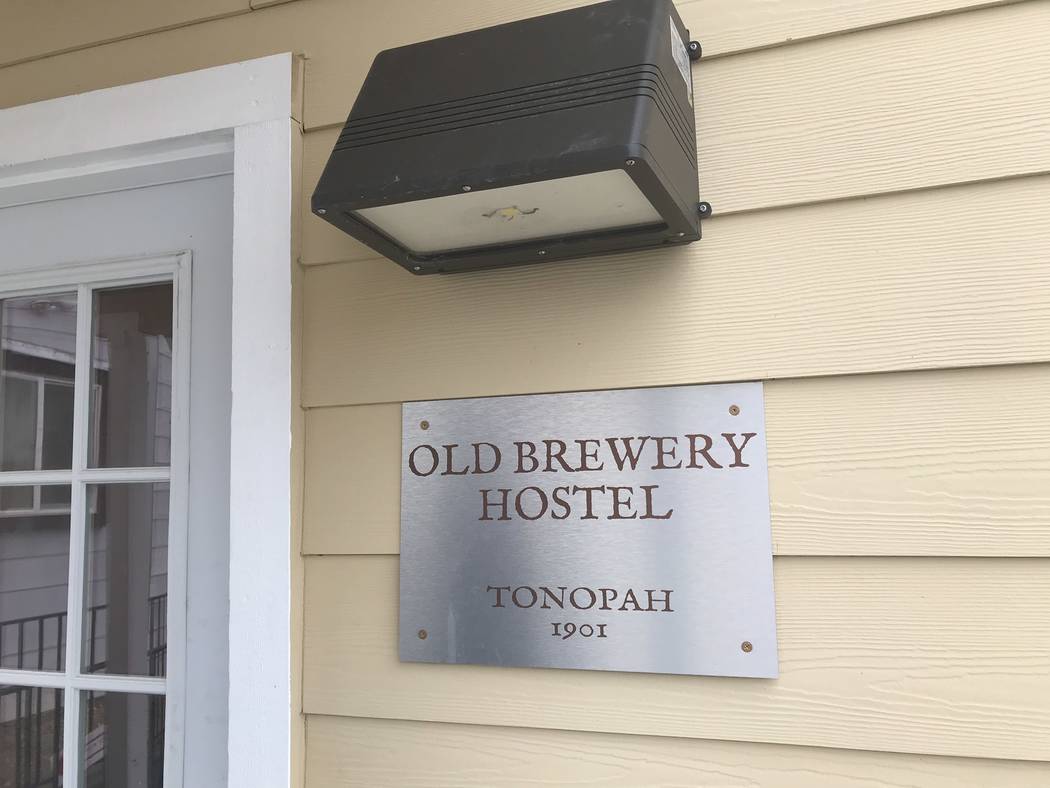 Jeffrey Meehan/Times-Bonanza Entrance to the Old Brewery Hostel in Tonopah. The 10-room hostel opened in 2018 after a refurbishment project, led by the family that brought back the Mizpah to life, came to completion. 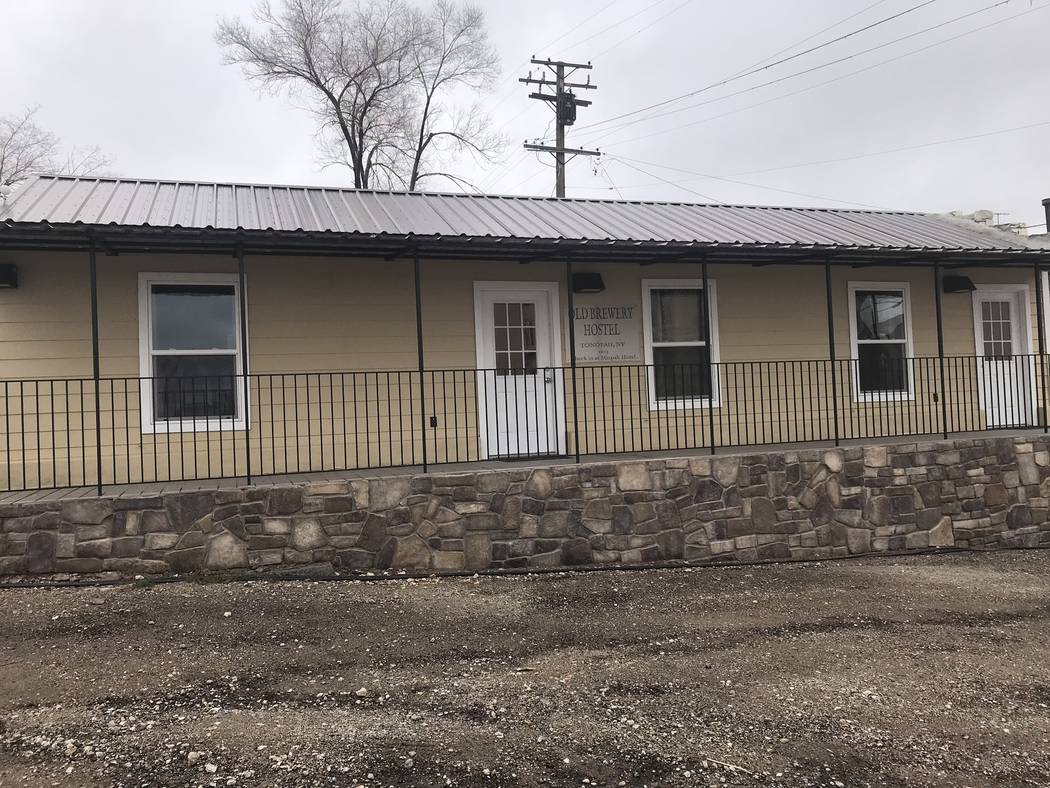 Jeffrey Meehan/Times-Bonanza The Old Brewery Hostel on the corner of Brougher Avenue and Mineral Street in Tonopah. The building was a restoration project by the family that owns the the Mizpah Hotel. 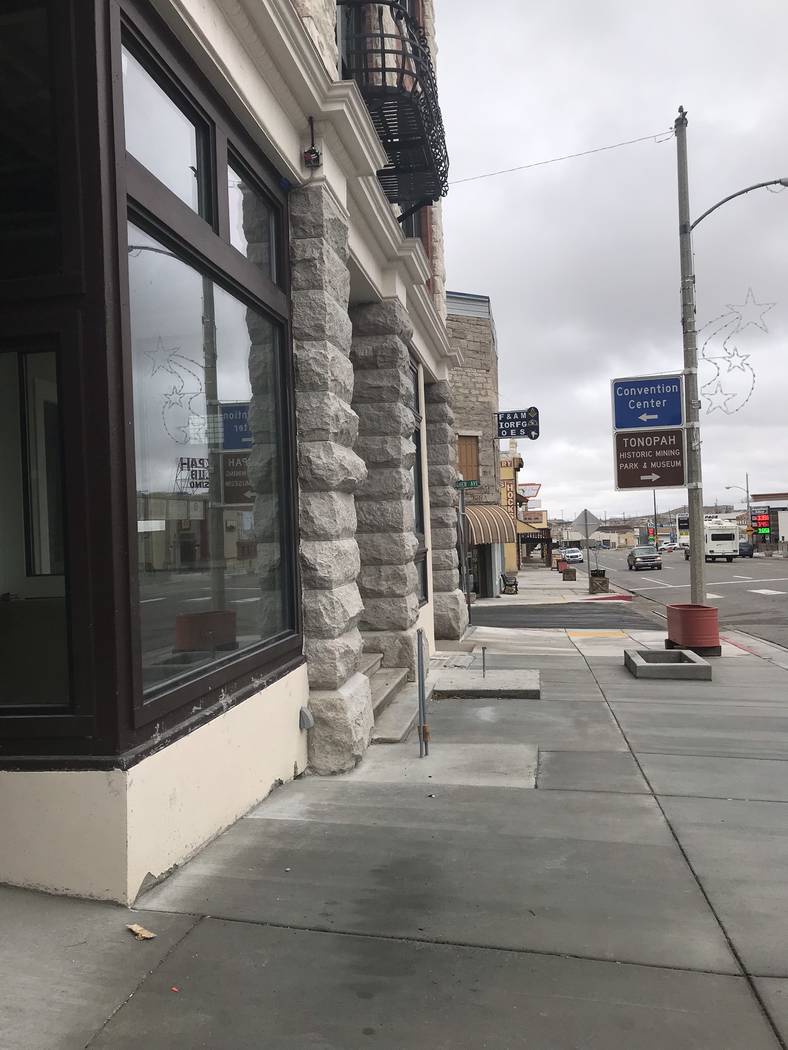 Jeffrey Meehan/Times-Bonanza The front of the Belvada hotel on Main Street and Brougher Avenue in Tonopah. The five-story building is set to open with hotel and retail space in late spring. 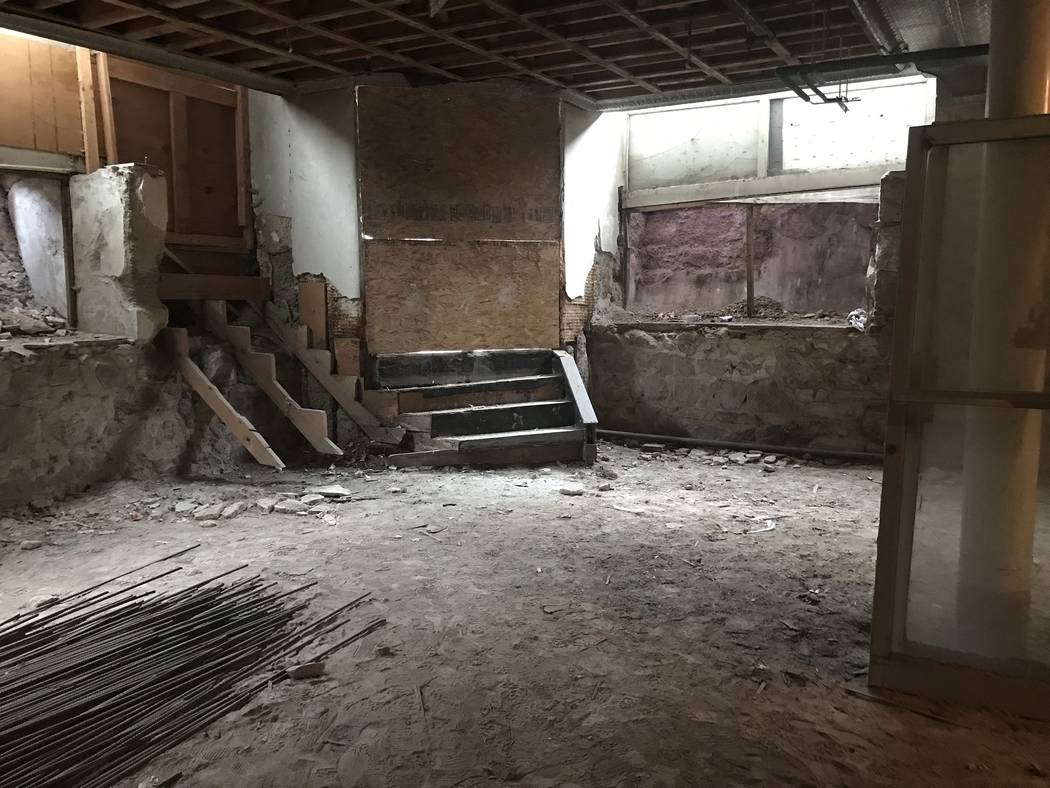 Jeffrey Meehan/Times-Bonanza The basement area of the Belvada could eventually house a speakeasy, though plans for that are still not definite. The 40-room hotel and retail space is pegged to open in late spring. 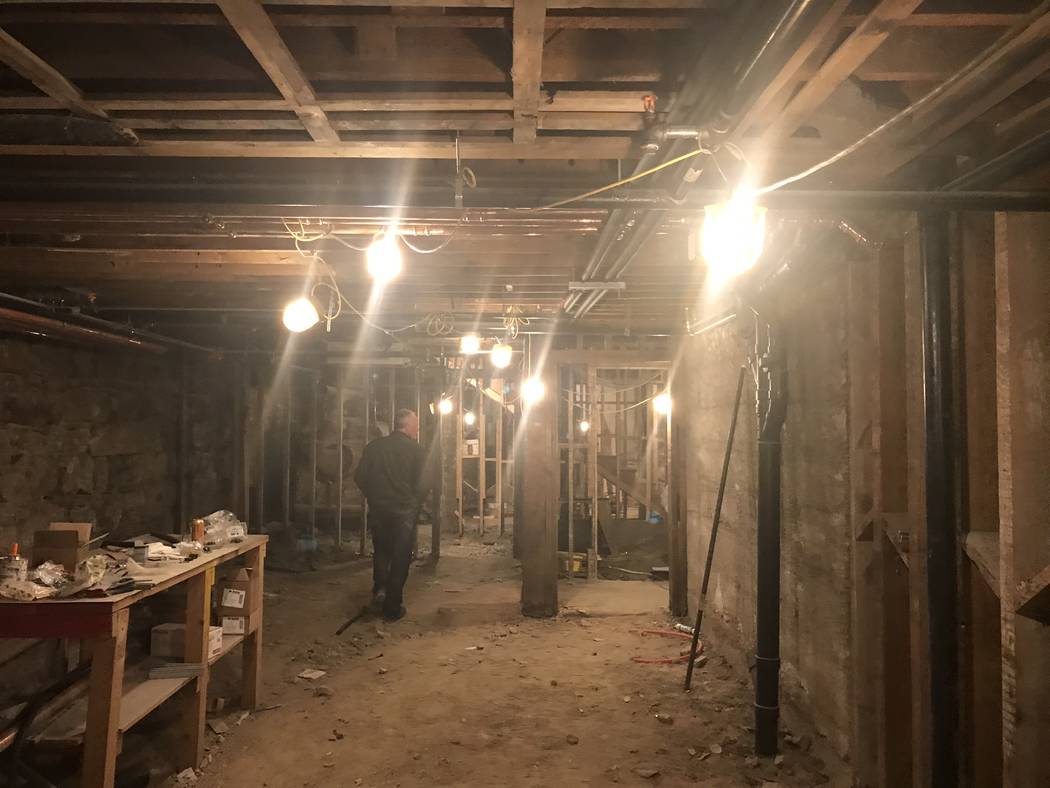 Jeffrey Meehan/Times-Bonanza John McCormick, general manager of the Mizpah Hotel in Tonopah, walks through the basement of the Belvada, currently undergoing major renovations. 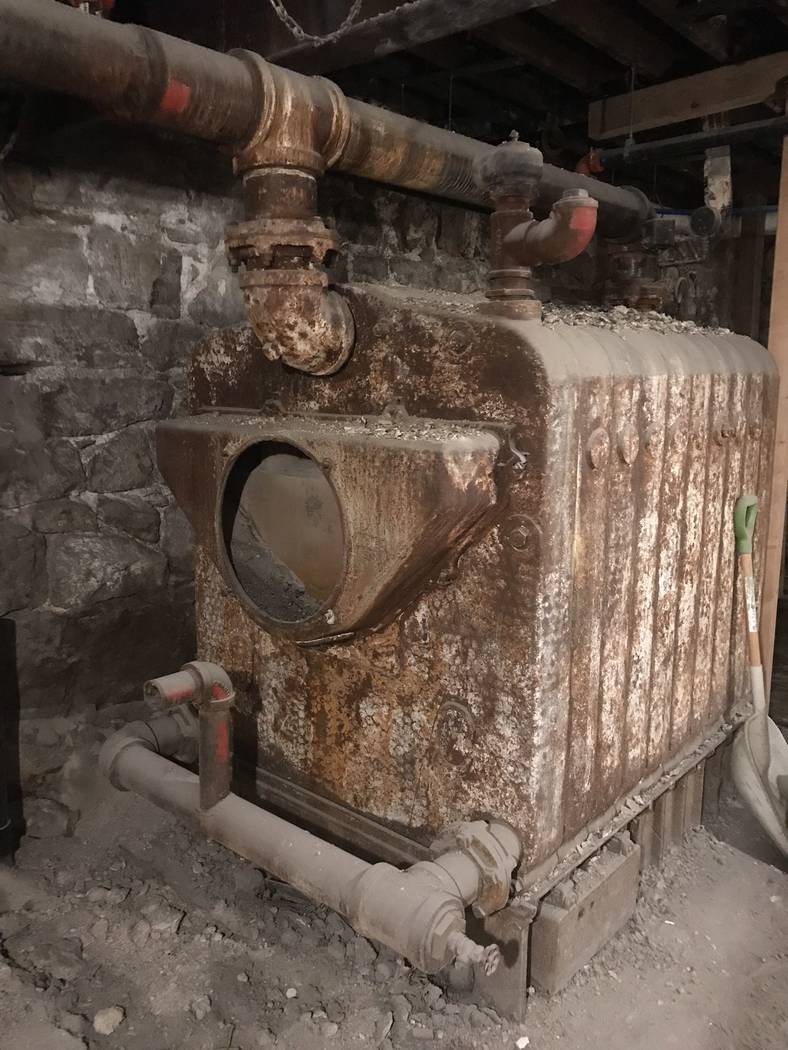 Jeffrey Meehan/Times-Bonanza The old boiler inside the Belvada in Tonopah. The boiler could be the center piece to a future speakeasy at the site. 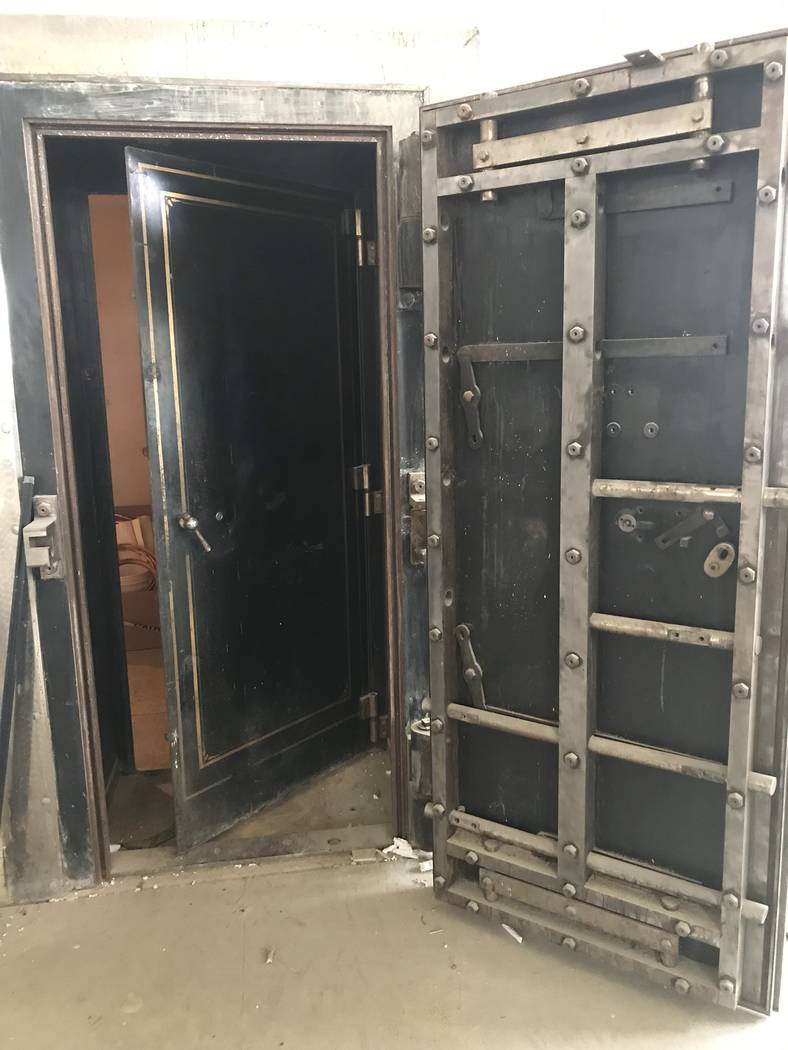 Jeffrey Meehan/Times-Bonanza An old bank vault inside the Belvada in Tonopah. The Belvada opened in 1906 when it housed the State Bank and Trust Company. 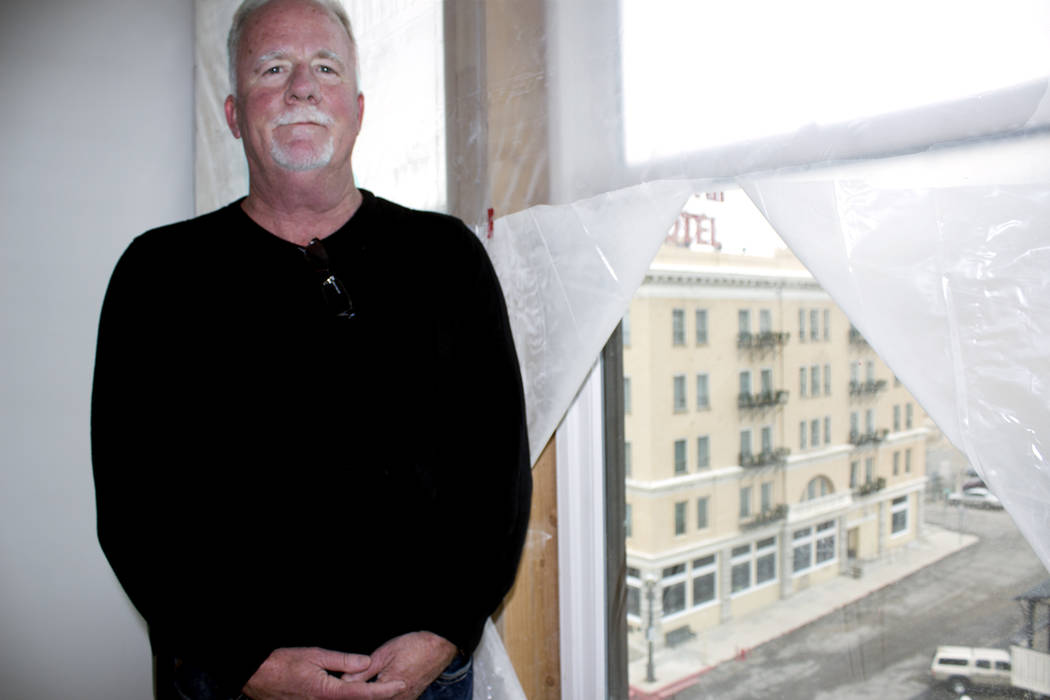 Jeffrey Meehan/Times-Bonanza John McCormick stands in a room on the fifth floor of the Belvada, a 40-room project pegged to open in late spring. The building has been empty for about two decades.

The Cline family is revitalizing another historic building in Tonopah.

The Belvada, a five-story building that sits across from the Mizpah Hotel on Main Street, is in the process of a major transformation that will bring leasable retail space, 40 new hotel rooms and potentially other amenities.

John McCormick, general manager of the Mizpah, said the group is shooting for a late spring opening for the hotel project that includes retail space.

A few inquiries have been made on some of the retail space, according to McCormick.

A speakeasy could also be in the works inside the Belvada’a basement.

Part of the potential plan would include bringing the original boiler into the speakeasy and use it as the centerpiece.

That project would be more of a second phase and not part of the spring delivery, according to McCormick.

The building was once home to the State Bank and Trust Co., which occupied its space starting in June 1907, according to a Nye County historic property survey. The building came to completion in 1906.

The State Bank only lasted four months in the space, however.

“The downfall of the bank was largely precipitated by the collapse of the L.M. Sullivan Trust Company, a speculative investment company organized by master promoter and wildcatter George Graham Rice. The bank had been a party to Rice’s dealings by loaning his company over $280,000 with little or no security to back the loans,” the survey stated.

The building was reoccupied by the Nevada Club Saloon in early 1908. Later that year, the First National Bank of Nevada moved into the State Bank’s old space.

In more modern times, McCormick said the building has been empty for about two decades.

“By the time we got it, it was in serious disrepair,” he said. “The exterior, solid as a rock.”

The inside of the building was not in the same state.

“The interior, literally, you didn’t want to walk through some of these hallways because you’d be looking down two to three floors,” he said standing inside the structure where crewman have been working to rehabilitate over the last several months.

McCormick said they’re planning to have two suites each floor. Options for double and single rooms will also be available when the project is completed, along with kitchenettes.

The Cline family has also worked to complete another project near the Mizpah Hotel.

The 10-room hostel project, which sits on the southeast corner of Brougher Avenue and Mineral Street, came to completion in 2018.

McCormick said some of the workers who have been constructing the brewery have been staying in the hostel, dubbed the Old Brewery Hostel on a nameplate outside the structure.

The hostel has also housed groups such as weddings. One of the wedding venues rented out the entire building, he said.

“It’s become a popular alternative for us,” McCormick said.

The Clines have also worked to bring other projects online as well in Tonopah.

The family worked to rehabilitate the 52-room Mizpah Hotel in 2011, which had been closed since 1999.