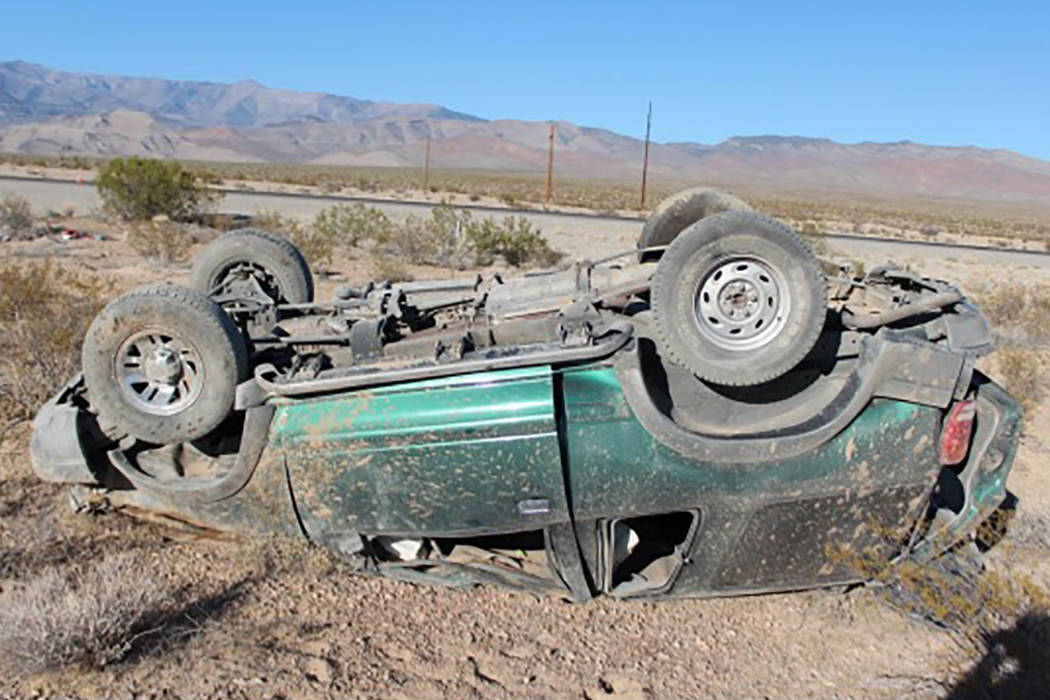 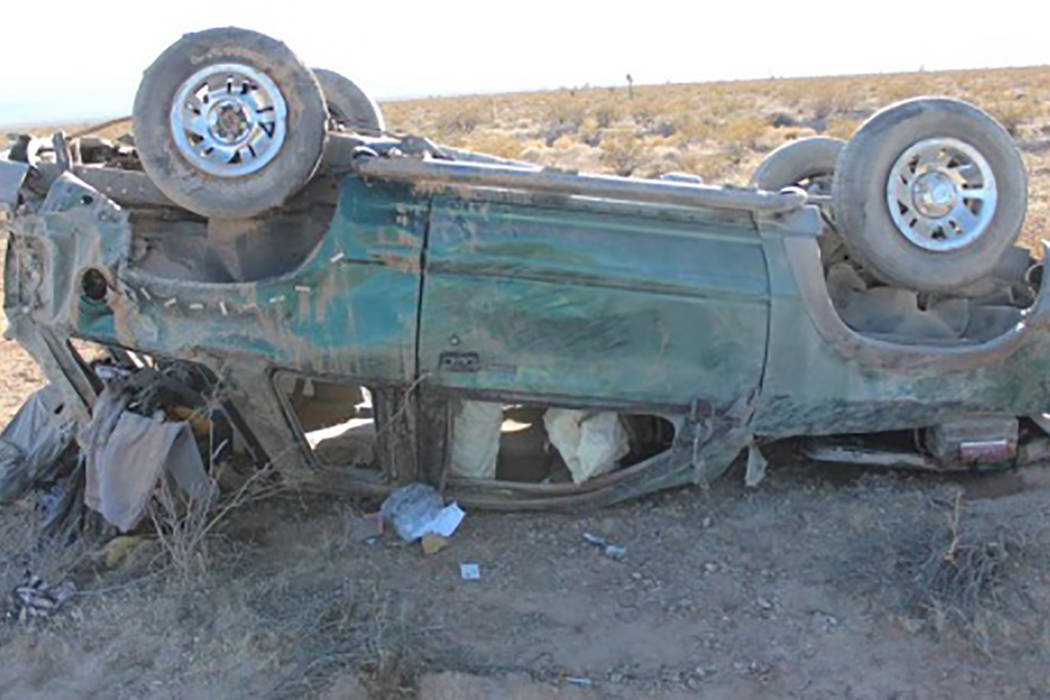 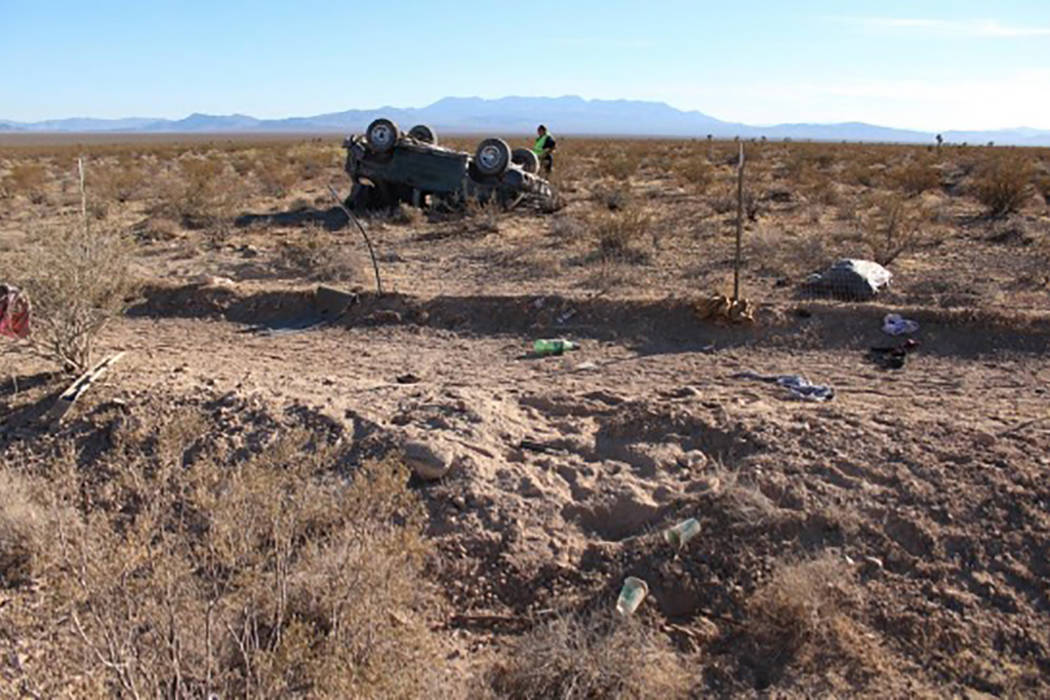 A blown tire led to a rollover crash near Pahrump that left one man dead and another critically injured.

Nevada Highway Patrol Trooper Travis Smaka said the men were traveling southbound on Nevada Highway 160 in a Ford Explorer when the SUV’s left rear tire blew out on Sept. 26.

The vehicle overturned after hitting the right shoulder near mile marker 36, ejecting both the 22-year-old driver and 20-year old passenger. Neither of the men was wearing a seatbelt, Smaka said.

The driver, identified as Martin Francis Hernandez of Pahrump, died at the scene. The passenger was airlifted to University Medical Center with life-threatening injuries.