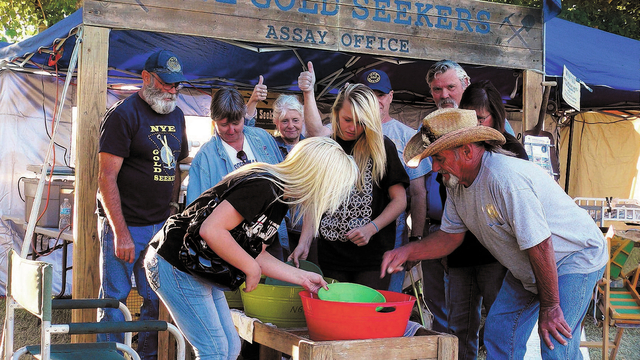 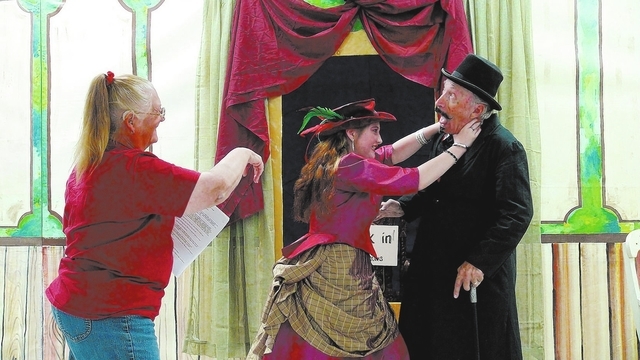 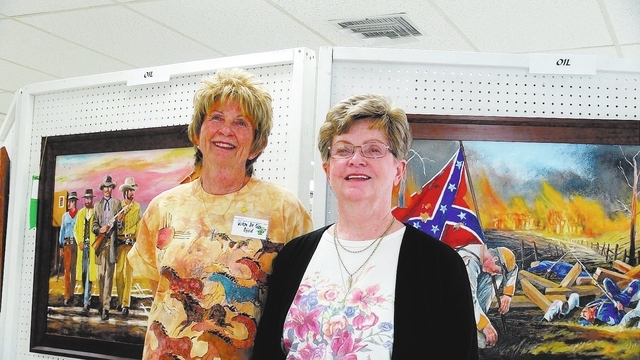 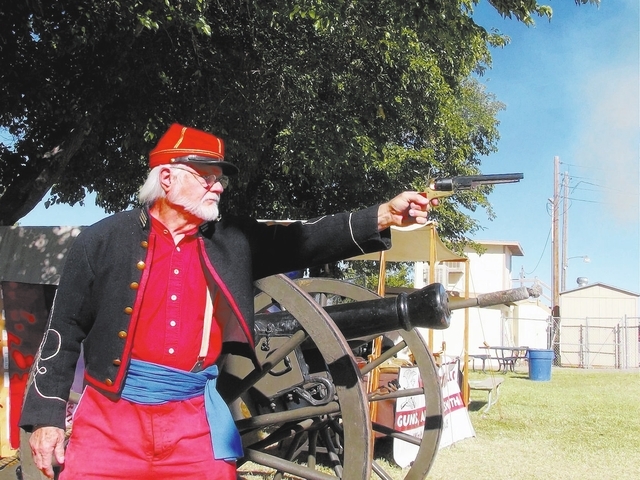 If you ever wondered what it was like to live in the Old West, Petrack Park was the place to be last weekend.

Shamanic Indians mixed with Confederate officers and gunfighters as well as a whole array of townsfolk and visiting tourists.

Committee member and organizer Sharon Wehrly said the Wild West event has come a long way since it first started.

“The Pahrump Wild West Extravaganza was originally the exclusive idea of Robert M. Baker Sr. and was called the Hoe Down. It was held in the Pahrump Nugget parking lot for two years and consisted of horseshoeing and blacksmith demonstrations, western crafts, good old-fashioned western music and dancing.

“Eventually the event was renamed and organizers moved it to Saddle West Hotel and Casino. Events were held inside the showroom, outside in the parking lot and in the dirt area to the south,” she said.

William Peck, an Abraham Lincoln lookalike, was one featured attraction as he gave speeches on the process of Nevada becoming the 36th state. Nevada joined the Union on Oct. 31, 1864, and was the second state to be added during the Civil War.

At the opposite end of Boomtown, local businessman and Civil War re-enactor Walter Rubio was dressed in authentic Confederate attire as he raised the Confederate flag on the flagpole. Rubio was preparing for a Civil War battle re-enactment, which consisted of firing several authentic cannons, pistols and a Gatling gun throughout the day’s events.

The Pahrump Gunfighters were in action creating a skit with an old-time traveling salesman peddling his exotic goods illegally to the western town folks. While the sheriff was putting a stop to this action, a traditional gunfight broke out between a gang of renegades and the sheriff. The sheriff gathered up the wounded and locked them up in the local Boomtown jail.

A Native American shaman, known only as “The Chief,” was busy performing the ritual of smudging the location of their Quiet Thunder Native American arts and crafts booth. Smudging, usually performed with a wand of either desert or white sage, is both an honor to “Creator” and “cleans” the energy of the location.

Paul Brawer, a spokesperson for Quiet Thunder, said, “Anytime anyone gets together for a good reason, creates a good time and the Old West is all right by me.”

The Gurule family, owner of Another Realm, were selling items promoting medieval and Celtic crafts.

Chipping away at stone, master craftsman in the art of flint knapping, Ray McCormack, was selling crafts and giving demonstrations of the technique. McCormack said, “Flint knapping is an art that spans just about every culture of our planet. The tools and weapons made by flint knapping included arrowheads, projectile points for spears, hand axes and tomahawks.”

The WestCare Alumni were busy with their booth educating the public about drug abuse awareness and offering face painting to the kids.

Nancy Anderson of the 4-H club was promoting their organization, which helps develop leadership skills and give youth some unique opportunities such as camping, learning about animals, developing archery skills and other activities.

Sarah Robbins, president of the Pahrump Valley High School Key Club, a top volunteer service club specializing in leadership, was busy promoting the “Relay for Life” event for the American Cancer Society to be hosted at Petrack Park.

The University of Nevada Cooperative Extension Master Gardeners were promoting their classes to help educate the public in gardening, ground preparation for planting, tree and shrub maintenance and pruning techniques and pest control, among many other subjects.

Nye Gold Seekers were busy promoting their membership club. The organization has a 40-acre claim just north of Pahrump in Johnnie. Once a month they indulge in camaraderie and gold fever.

Gayle and Laurie McCaslin, a mother and daughter director team of the Shadow Mountain Community Players specializing in melodramas, were busy getting ready for the evening’s performance. After the costs for the melodrama are covered, the troop loves to perform and donate proceeds to charities like the Path of Hope food bank and Knights of Columbus.

There were a variety of food vendors serving all types of snacks, sandwiches, fry-bread, sodas, and other items to all the cowboys and cowgirls in attendance. Two outdoor stages alternated performances of country music throughout the weekend.